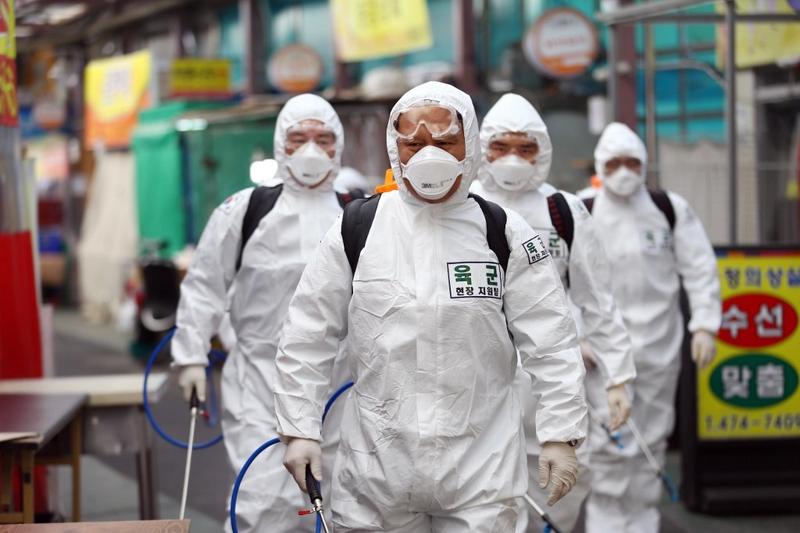 South Korean soldiers wearing protective gear spray disinfectant as part of preventive measures against the spread of the COVID-19 coronavirus, at a market in Daegu on March 2, 2020. (PHOTO / AFP)

SEOUL / TOKYO / SYDNEY - South Korea is “at war” with the novel coronavirus, said President Moon Jae-in as infections mount, according to a pool report from a cabinet meeting.

Moon asked all agencies to operate a 24-hour emergency system to monitor the situation, and the government will directly and indirectly input more than 30 trillion won to fight the outbreak and minimize its impact on the economy.

South Korea’s health ministry reported 374 more cases of the novel coronavirus on Tuesday afternoon, on top of its 477 infections reported by the Korea Centers for Disease and Control and Prevention in the morning, taking the country’s tally to 5,186. The death toll climbed to 34.

South Korean health authorities said on Tuesday the leader of the Shincheonji Church of Jesus has tested negative for coronavirus.

Lee Man-hee, who founded and heads the church, apologized on Monday and called the epidemic a “great calamity”.

Six cases with a “high viral load” have been detected during sample testing in the northern Indian city of Agra, a major tourist destination and home to the Taj Mahal.

The new cases are all people who came in contact with a patient from New Delhi reported on March 2, the health ministry said in a statement.

India on Tuesday suspended with immediate effect all regular visas or e-visas granted to the nationals of Italy, Iran, South Korea, Japan issued on or before March 3 to curb COVID-19, said a revised travel advisory.

These visas also included visas-on-arrival for Japan and South Korea, according to the travel advisory.

All Thailand government agencies must postpone every event in high-risk countries, Premier Prayuth Chan-Ocha said at a briefing in Bangkok.

Government employees returning from, or transiting through, high-risk countries will be subject to 14-day home quarantine. Prayuth tasked his deputy and the finance minister with taking steps to lessen the impact on the economy, including tax measures and loans.

Australia to use biosecurity law to curb movement

Australia will use a little-known biosecurity law to restrict the movements of people suspected of having coronavirus, its attorney-general said on Tuesday.

Australia on Monday confirmed the first community transmission of coronavirus.

Amid fears of a widespread outbreak, Attorney-General Christian Porter said Australia will expand the use of a rarely used law that would either designate some places as out of bounds or place the patient in home detention.

The law, enacted in 2015, has rarely been used outside Australia’s agricultural sector.

Australia’s Treasury is working with other agencies to address the boost “that we believe will be necessary,” Prime Minister Scott Morrison said. 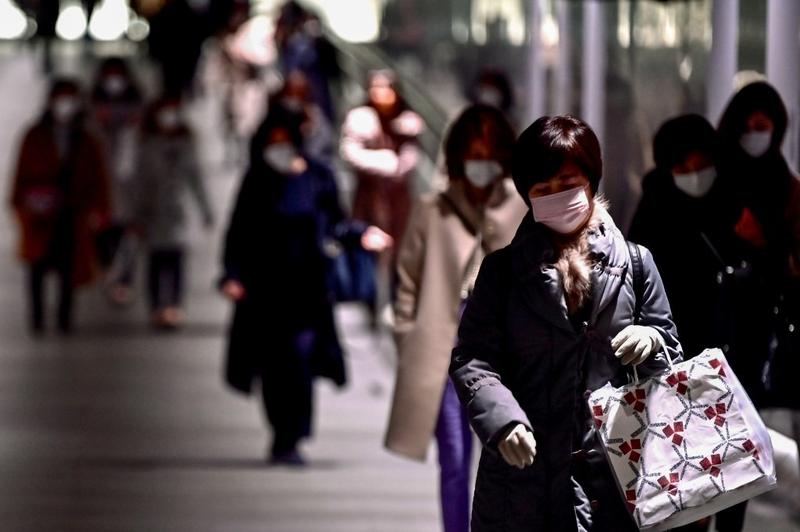 Prime Minister Shinzo Abe is seeking to pass a law to allow him to declare a state of emergency over the coronavirus. Japan’s ruling Liberal Democratic Party has asked for a meeting between Abe and the heads of opposition parties about the legislation.

Abe also said the government was ready to deploy further fiscal stimulus measures depending on the damage the coronavirus outbreak inflicts on the economy.

“We’ve already compiled a spending package to forestall various risks” funded by a supplementary budget for the current fiscal year ending in March and next fiscal year’s budget, Abe told parliament on Tuesday.

“We’ll scrutinise the impact of the coronavirus on the global and Japanese economies. If further steps are deemed necessary, we will take action without hesitation,” he added.

Japan on Tuesday reported its first case of coronavirus in Oita prefecture on the southwestern island of Kyushu after a woman in her thirties tested positive for the pathogen, Kyodo news reported.

The country also confirmed two new coronavirus infections in Osaka, western Japan, a man in his 50s and a woman in her 40s, Kyodo newswire reported.

The woman had visited a music venue in nearby Osaka that has been the source of several infections, Kyodo said.

Indonesia plans to build a hospital to treat people infected by the coronavirus at Galang, an island in Riau province close to Singapore, a senior minister said.

The facility will be constructed with the help of the army and will be run by the health ministry, Public Works and Housing Minister Basuki Hadimuljono said.

Indonesia is working on a second stimulus package, adding to the central bank’s aggressive moves to counter the impact of the coronavirus on markets.

Major concerts and events in the United Arab Emirates, an air transit center as well as a tourism and business hub, have been canceled or postponed as the coronavirus spreads in the Gulf.

Business conditions in the United Arab Emirates worsened in February, according to IHS Markit. Emirates Group, which runs the world’s biggest airline by international traffic, earlier this week encouraged staff to take leave as the outbreak saps demand for travel.

The UAE has reported 21 cases. 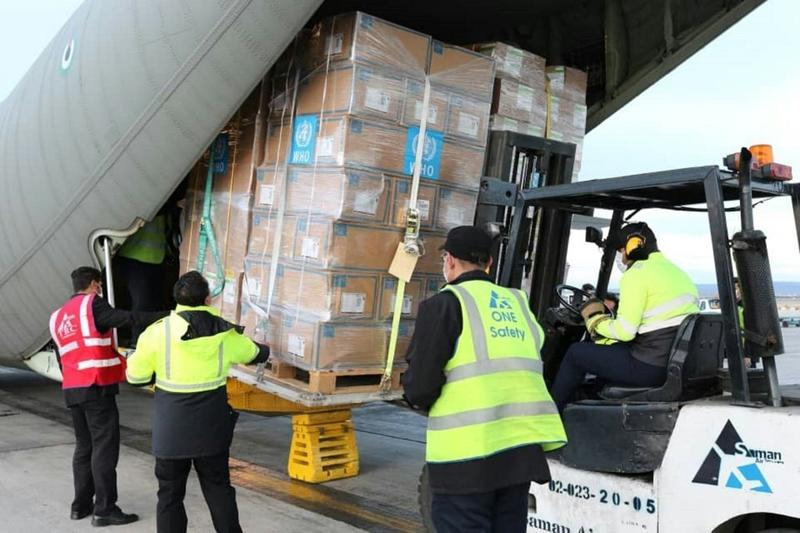 WHO team arrives in Iran

A World Health Organization team arrived in Iran Monday with sufficient kits to test 100,000 people for the coronavirus and protective garments for 15,000 health-care workers.

Iran, the hub of the outbreak in the Middle East, said that the number of confirmed cases surged by 835 on Monday to 2,336. So far 77 people there have died from the infection, the health ministry said.

Tedros Adhamon Ghebreyesus, the head of the WHO, urged countries not to give up on containment as a strategy, saying it will help buy time to develop a vaccine and prepare health systems.

Myanmar stopped a cruise boat carrying hundreds of tourists from docking in the country, a senior tourism official said on Tuesday, citing fears passengers could be carrying the coronavirus.

The Silver Spirit, a luxury liner operated by Monaco-based Silversea Cruises, last docked at the Thai island of Phuket and was scheduled to stop at Thilawa, outside Myanmar’s commercial capital of Yangon on Wednesday.

“We have informed the ... port authorities that the entry of this ship should not be allowed,” Khin Maung Soe, deputy permanent secretary of the Ministry of Hotels and Tourism, told Reuters by phone.

He said he did not know whether any of the passengers were showing symptoms of the virus.

A statement by the Ministry of Health and Sports published on Facebook said the ship should not be allowed to enter because it had docked in countries with a high number of cases of the virus, including Thailand which has 43.

The boat has more than 400 passengers on board, a ministry spokesman said. It was not immediately clear where the ship would go next.

The ministry said the individual is currently isolated at the hospital, and it also isolated individuals who interacted with the confirmed case.

The patient is stable and being managed well, the minister added.

Major international airline Emirates is asking staff to take unpaid leave for up to a month at a time due to the rapidly spreading coronavirus that has led to flight cancellations around the world.

Emirates has canceled flights to Iran, Bahrain because of the virus, and countries around the world have placed strict restrictions on entry of foreigners.

Vietnam Airlines will temporarily suspend all of its South Korea flights beginning March 5 over concerns about the novel coronavirus outbreak, the national carrier said in a statement posted on its website.