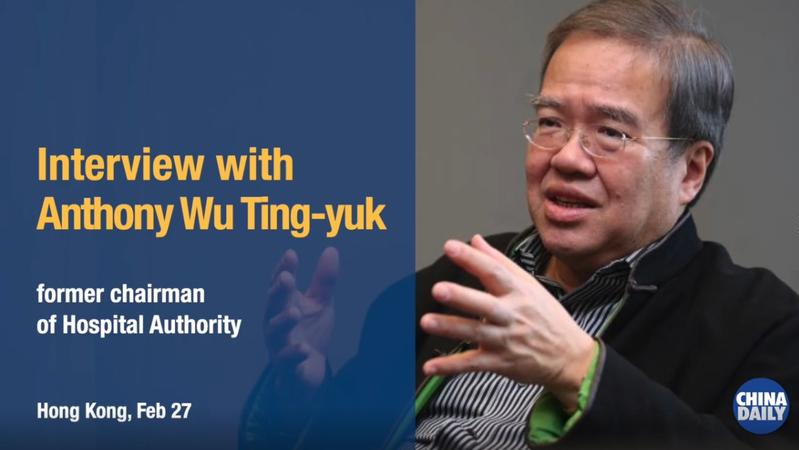 The Hospital Authority’s former chairman Anthony Wu Ting-yuk says the rights of patients come before anything else as far as healthcare workers are concerned. If they have suggestions or are at odds with the government, they should negotiate with it rather than staying away from work.

From Feb 3-7, around 5,000 healthcare workers, most of them nurses, were absent from duty (a term that the Hospital Authority uses, instead of a ‘‘strike’’) at public hospitals. This was to demand the government shut down all cross-boundary checkpoints to stop the virus spreading. Services in many public hospitals were affected.

Recently, the HA human resources department sent emails to the absent healthcare workers and suggested their salaries be deducted.

“I hope all the healthcare workers will make their first priority the well-being of the patients,” said Wu, who wrote an open letter in early February urging all staff to remember their responsibilities to their patients. “Even though they have different views than the government, they should not do anything that might affect their patients. Although they claim they have the right to ‘strike’, they should remember they are not ordinary employees. As far as I know in some foreign countries, medical workers are not allowed to strike.”

“I don’t wish to comment a lot because I have already left the HA. However, I have full respect and confidence in the decisions made by the HA board and senior management, under the leadership of chairman Henry Fan Hung-ling, who is a very dedicated and capable person.”

Wu said, however, that he finds it strange that medical workers stayed away from work to press for a demand that is not within the jurisdiction of the Hospital Authority. He explained: “Closing and opening of the check-points are within the powers of the government (Immigration Department) but not the HA’s business.”

Wu could not understand why a former department head refused to give these names as they could be easily traced. From a management point of view, he said the chief executive of the hospital and the cluster had the authority to ask for such information. There would be no such thing as ‘‘threat’’ made to a doctor, he noted.

“If he has quit as department head but remains a consultant doctor, he has the burden (of responsibility) taken off him because he is no longer department head,” Wu said.