Trump says India, US to sign defense deals worth US$3b 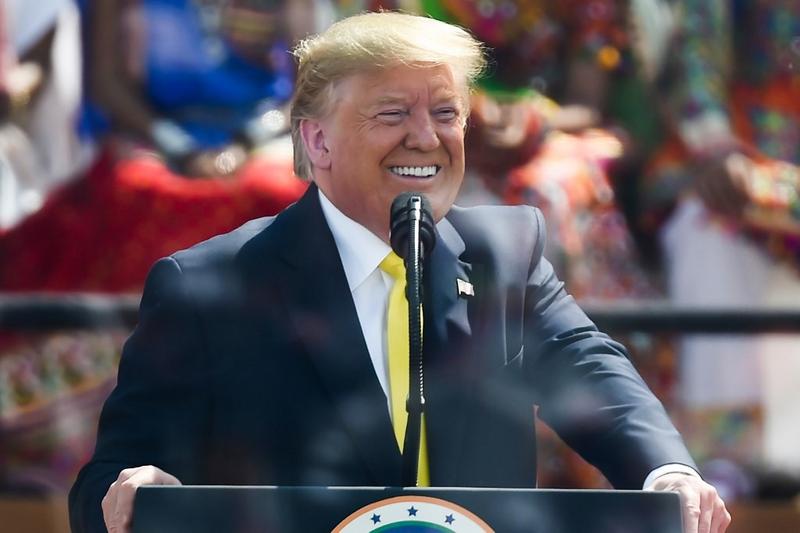 US President Donald Trump smiles while addressing 'Namaste Trump' rally at Sardar Patel Stadium in Motera, on the outskirts of Ahmedabad, on February 24, 2020. （MONEY SHARMA / AFP)

NEW DELHI - India and the United States will sign defense deals worth more than US$3 billion on Tuesday in New Delhi, US President Donald Trump said here on Monday during his two-day state visit.

After arriving in India's western state of Gujarat on Monday morning, Trump delivered a speech at the world's biggest cricket stadium, Motera in the city of Ahmedabad.

The US president will travel to Delhi later this evening. En route to the Indian capital, Trump and his wife Melania will also enjoy a glimpse of the world heritage site the Taj Mahal, in India's northern city of Agra.