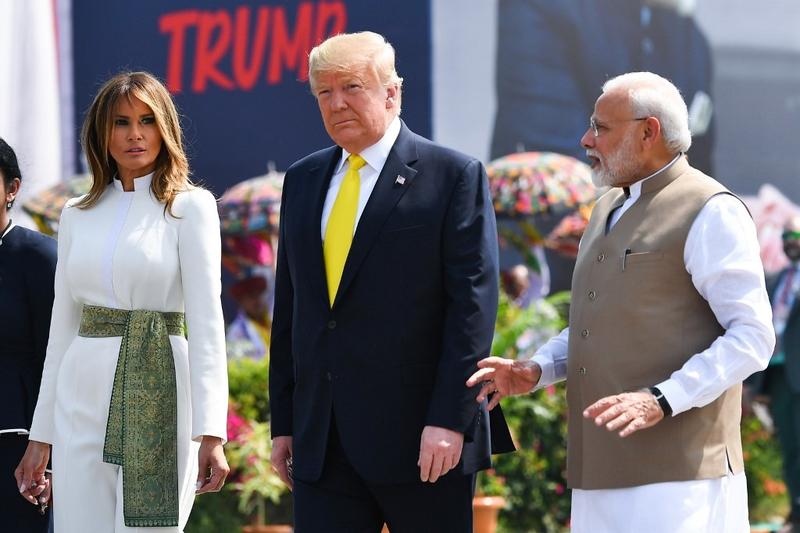 AHMEDABAD, India - Donald Trump was cheered by more than 100,000 Indians at the opening of the world’s biggest cricket stadium on Monday, promising “an incredible trade deal” and “the most feared military equipment on the planet” at his biggest rally abroad.

Indians wore cardboard Trump masks and “Namaste Trump” hats to welcome the US president at the huge new Motera stadium in Prime Minister Narendra Modi’s own political homeland, the western city of Ahmedabad.

Modi, a nationalist who won re-election last year and has shifted his country firmly to the right with policies that his critics decry as authoritarian and ethnically divisive, touts his relationship with Trump as proof of his own global standing.

“You have done a great honour to our country. We will remember you forever, from this day onwards India will always hold a special place in our hearts,” Trump said to thunderous applause.

India is one of the few big countries in world where Trump’s personal approval rating is above 50%. It has built up ties with the United States in recent years as Washington’s relationship has become strained with India’s foe Pakistan.

“As we continue to build our defence cooperation, the United States looks forward to providing India with some of the best and most feared military equipment on the planet,” Trump said.

Trump said the two countries will sign deals to on Tuesday sell military helicopter deals worth US$3 billion and that the United States must become the premier defence partner of India, which relied on Russian equipment since the Cold War. Reuters reported earlier that India has cleared the purchase of 24 helicopters from Lockheed Martin worth US$2.6 billion.

Modi embraced Trump as he stepped off Air Force One, along with his wife, Melania. Trump will visit the Taj Mahal in Agra and hold official meetings in Delhi during his trip.

Folk dancers carrying colourful umbrellas danced alongside the red carpet as drummers, trumpeters and other musicians performed on the airport grounds to welcome Trump and the US delegation. Teeming crowds lined the route along his cavalcade, many clicking pictures on their phones.

The two sides did not manage to hammer out a trade deal ahead of the visit, with differences remaining over agriculture, medical devices, digital trade and proposed new tariffs. Trump said he was going to discuss economic ties with Modi, describing him as a tough negotiator.

“We will be making very, very major, among the biggest ever made, trade deals. We are in the early stages of discussion for an incredible trade agreement to reduce barriers of investment between the United States and India,” he said.

“And I am optimistic that working together, the prime minister and I can reach a fantastic deal that’s good and even great for both of our countries — except that he is a very tough negotiator.”

The two sides have been arguing over US demands for access to India’s poultry and dairy markets, Indian price controls on medical devices such as stents, and stringent local data storage rules that US technology firms say will raise the cost of doing business.

Modi’s government has sought restoration of trade concessions Trump withdrew in 2019 and greater access to US markets for Indian pharmaceutical and farm products. 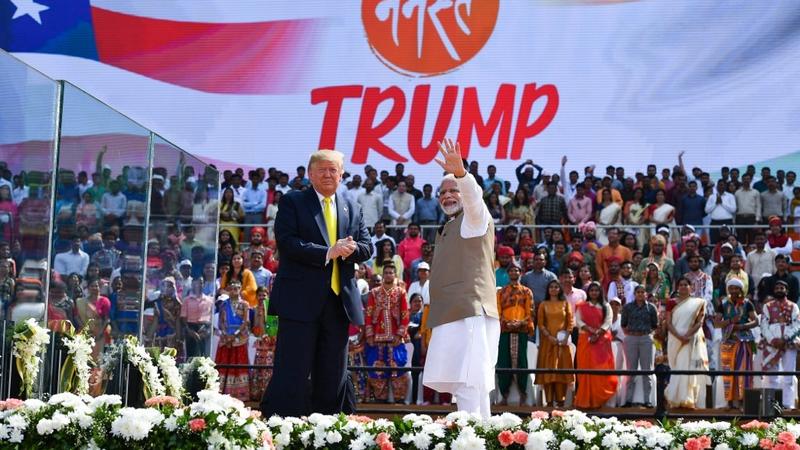 PULLING OUT ALL THE STOPS

Modi, who has built a personal rapport with Trump, is pulling out the stops for Trump’s visit even though prospects for even a limited trade deal are seen as slim.

“There is so much that we share, shared values and ideals...shared opportunities and challenges, shared hopes and aspirations,” said Modi at the rally.

Trump, who faces his own re-election campaign this year, has frequently praised Modi for his crowd-pulling power.

The duo together garlanded an image of Indian independence hero Mahatma Gandhi after stopping briefly to visit his former home, Sabarmati Ashram.

From Ahmedabad, Trump and his entourage headed to Agra for a sunset visit to the Taj Mahal.