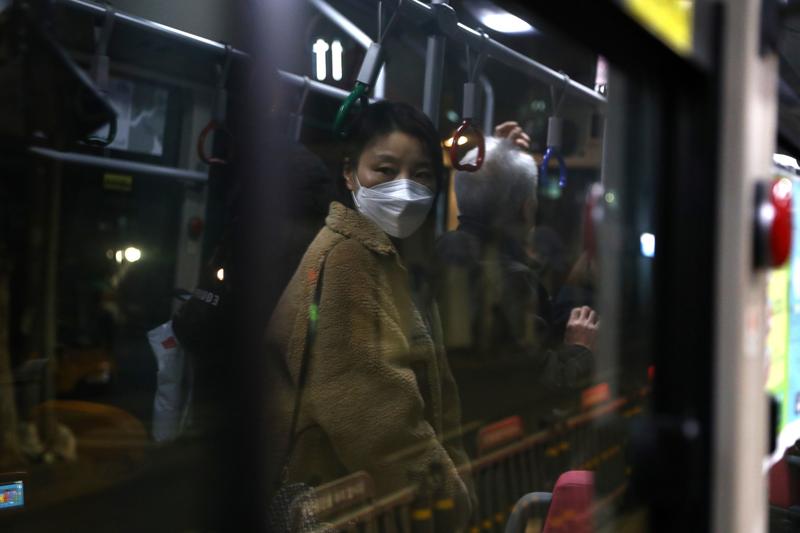 South Korean President Moon Jae-in signaled the potential for unprecedented steps as the country reeled from a surge in coronavirus cases that triggered travel advisories around the world.

The government on Sunday raised the infectious-disease alert to “red,” the highest level, after about a 20-fold surge in confirmed cases over five days.

The total is now 602, a majority of which have been linked to members of the Shincheonji Church of Jesus. A further 18 were tied to a Catholic group that visited religious sites in Israel.

A day after Prime Minister Chung Se-Kyun asked citizens to stop mass religious activities for safety, President Moon said the government could take “powerful measures like never before without being tied to regulations” to contain the outbreak.

He emphasized that shutting down Shincheonji facilities was a safety measure, not a suppression of religion.

Daegu, the southeast Korean city where the Shincheonji group is located, has deployed some 600 police officers to track down members who have been unreachable, according to the Maeil Business newspaper. There are about 670 people who have been uncontactable, the paper said.

Health officials in that city have a list of residents who are members of the sect, and are getting in touch to explain self-quarantine measures. Authorities have stationed a total of about 500 military personnel at two hospitals in Daegu to implement stricter measures for patients confirmed to be infected. 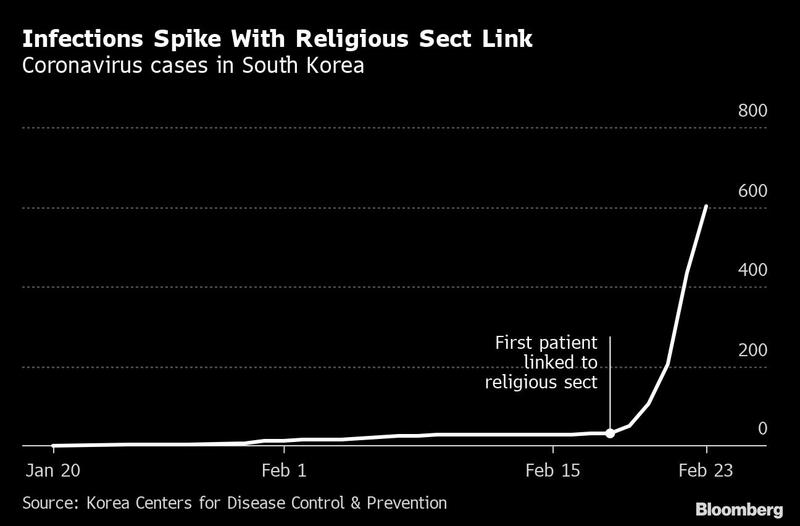 Daegu is one of two cities, along with nearby Cheongdo, subject to a UK travel advisory on Saturday. Britain’s Foreign Office advised against “all but essential travel” to the two locations. The US separately raised its alert to Level 2 – “exercise increased caution” – for the country as a whole.

Israel took sterner measures after a group of Catholics visited for a Holy Land Pilgrimage, deciding on Saturday to block the entry of South Korean tourists on Saturday. That was a day after the Middle Eastern country reported its first case of the virus. South Korea’s foreign ministry called the move “regretful,” Yonhap reported.

South Korea’s CDC said 18 people out of the 39 who went on the tour were confirmed to have the virus. Authorities are conducting further tests on the remaining 21. The Roman Catholic Diocese of Andong has halted all masses and assemblies until March, the CDC said in the statement.

South Korea was last on red alert in 2009, during the H1N1 virus outbreak that resulted in 250 deaths in the country.