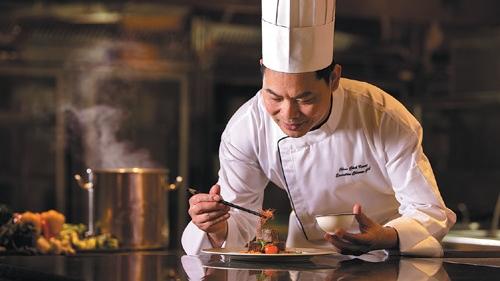 A restaurant focusing on fiery Hunan and Sichuan fare has won recognition from Michelin and diners.

Most of the 90 restaurants awarded by the Michelin Guide Hong Kong Macao 2020 on Dec 17 serve Cantonese fare. But Sichuan-and-Hunan eatery Feng Wei Ju shone as an exception, taking two stars for the fourth consecutive year.

The Michelin Guide inspectors recommend such Sichuan dishes as sauteed chicken with peanuts and chilies, and Hunan-style favorites like steamed carp head with chilies and hand-pulled noodles. The noodles double as tableside entertainment, as diners watch cooks shape them in the open kitchen.

Feng Wei Ju's executive chef, Macao native Chan Chak-keong, started his culinary explorations over 30 years ago, starting with Cantonese cuisine. He began learning about Sichuan fare over a decade ago, when it was difficult to find authentic offerings in Macao.

The chef spent two years traveling through such mainland provinces as Hunan, Guangdong and Heilongjiang to learn about their respective cuisines before opening his restaurant in 2014.

Chan spent eight days sampling everything from street food to fine dining in Sichuan's provincial capital, Chengdu. He also visited rural destinations in the province to better understand the ingredients and seasonings used in the countryside.

"The Sichuan food I'd eaten in Macao was quite different from what I had in Chengdu," he says.

The special administrative region is a melting pot in every sense.

"Macao attracts people from around the world. So, its food is mixed," he explains.

"I want to bring Sichuan flavors to my hometown."

Chan's team has 25 chefs, including several from Sichuan and Guangdong, in addition to a noodle team.

"I not only bring my chefs to Chengdu but also invite Sichuan chefs to visit our restaurant in Macao," he says.

He asks them for advice. 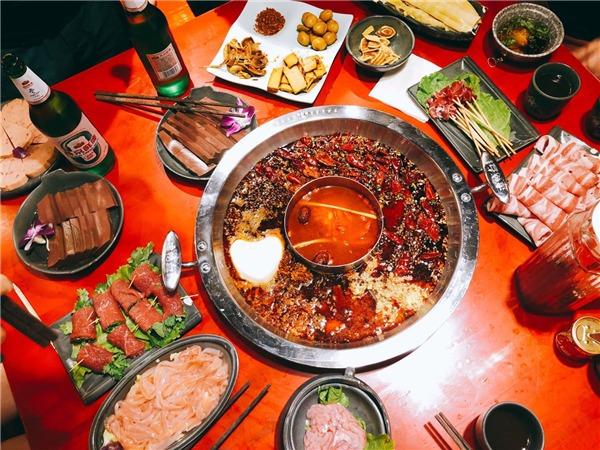 Chan believes the types of spiciness that defines Hunan's and Sichuan's cuisines are quite different.

"Hunan cuisine will make you sweat immediately. Sichuan food is more about numbness," he explains.

Chan took his team to Beijing from Jan 8 to 11, bringing diners in the capital his signature dishes, focusing on Sichuan flavors.

He pairs spicy Sichuan fare with light yet flavorful delicacies.

Pork neck with garlic sauce requires intricate knife work and careful seasoning. The meat is cut into 2-millimeter, translucent slices so the rich sauce can be fully absorbed to make it tender and juicy.

Stewed minced chicken bouillon with matsutake mushrooms is a light yet flavorful soup that's recognized among the"10 classic Sichuan dishes". 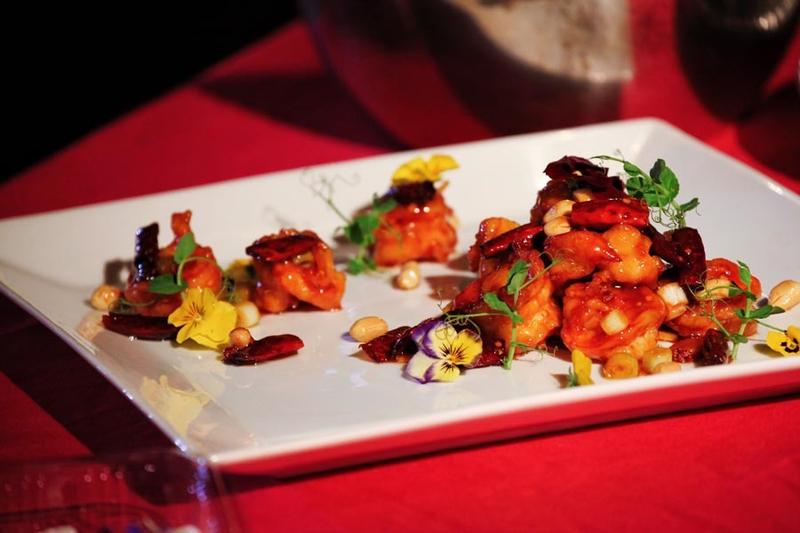 Every detail, from controlling the heat to shaping the mushrooms, requires tremendous skill. The result is that the meat and matsutakes become a silky smooth pudding.

A signature desert is double-boiled pears with white jelly fungus.

Chan believes contemporary chefs are like scientists since they constantly experiment with new dishes and plating.

"I try to change my menu a little every three months to update it with new ideas," he says.

"I also add seasonal dishes every month. For example, we serve lamb in winter."

Chan believes the reason Feng Wei Ju gained the additional Michelin star in 2017 is that he continues to develop new dishes.

"If you stay the same, you get the same number of stars. The second star is a reward for improvement," he says.

He aspires to win three stars in the future. But Chan believes a chef's most important task is to present the best food to diners.

Chan enjoys communicating with other chefs and visits some popular ones he discovers online.

He interacts with them at events and competitions hosted by the Chinese Chefs Association, of which he is a member.

Chan believes Macao's culinary scene has developed rapidly over the past two decades. It was designated in 2017 as a UNESCO Creative City of Gastronomy, making it the third city in China to win the title after Chengdu and Shunde.

Chen is also vice-president of the Macao Cuisine Association and remains devoted to organizing more exchanges among chefs in Macao and on the Chinese mainland.