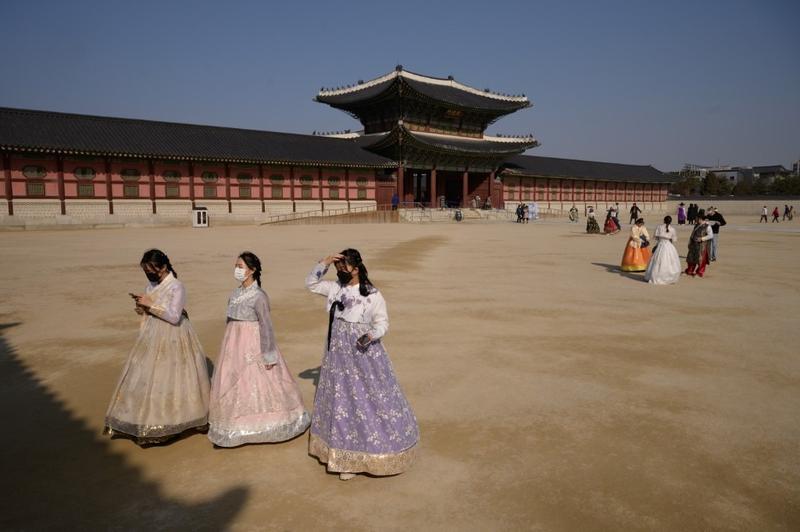 SEOUL - South Korea reported 20 new cases of the coronavirus on Wednesday, including 14 people involved in an outbreak traced to several church services in the central city of Daegu.

The spike in new cases is unprecedented so far in South Korea and brings the total number of people infected in the country to 51.

Of the 20 new cases reported, 14 people were involved in an outbreak traced to several church services in Daegu

Including the cases announced on Wednesday, 19 have been reported in Daegu and the surrounding North Gyeongsang province, with 16 of them tied to an earlier confirmed carrier, Korea’s Centers for Disease Control and Prevention (KCDC) said in a statement.

The earlier case was confirmed on Tuesday in a 61-year-old woman known as “Patient 31”. She had no recent record of overseas travel but had attended church services and sought care at a hospital before being tested for the virus, the agency said.

Now at least 15 people who attended religious services with Patient 31 have tested positive for the virus. One other person, who came in contact with her at a local hospital, has also come down with the disease.

Hundreds of people are believed to have attended services with Patient 31 in recent weeks at a branch of the Shincheonji Church of Jesus the Temple of the Tabernacle of the Testimony, a religious movement founded in 1984 by South Korean Lee Man-hee, who is revered as a messiah by followers.

On Tuesday, Shincheonji Church posted a statement on its website confirming the woman had attended services and advised its members to stay home. It encouraged members who had attended meetings on Feb 9 and 16 to be tested and quarantine themselves.

“The Daegu branch has been shut down since this morning and is conducting prevention measures,” the statement reads.

Besides the church, Patient 31 also visited a hotel and, eventually, a hospital, Daegu mayor Kwon Young-jin said in a Facebook post.

None of the woman’s family members have shown symptoms, while taxi drivers who were in contact with her are now in self-quarantine, Kwon said.

A clinic that treated Patient 31 after a traffic accident on Feb 6 said she refused to be tested for the virus at that time, despite a fever, because she had not traveled abroad recently or been in contact with known patients.

KCDC officials said they were reviewing policies governing people who refuse to be tested, and added police could be involved in such cases.

After her symptoms worsened, she was finally tested for the virus on Feb 17, according to the KCDC.

South Korean President Moon Jae-in has called for stringent infection control measures and every possible action to boost the economy which he said was in an emergency situation as the result of the epidemic.