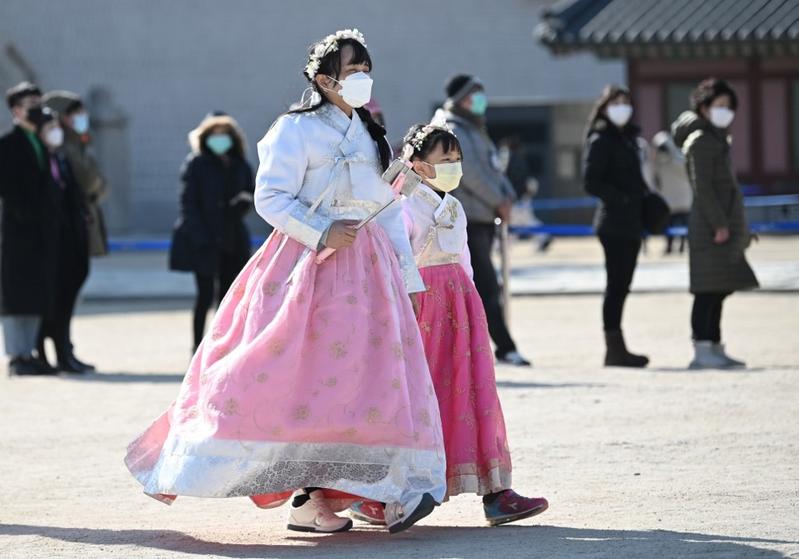 SEOUL - Park Seon-hee, a resident of western Seoul, stayed home over the weekend, cancelling her plans to meet friends, as more cases of novel coronavirus infections were reported.

She and her husband chose to order in food, though she is now considering purchasing premade food products online or cooking from scratch.

South Korean consumers are increasingly turning to online shopping as the outbreak continues to fuel concerns about going to crowded areas, potentially pulling down overall consumption.

South Korean consumers are increasingly turning to online shopping as the outbreak continues to fuel concerns about going to crowded areas, potentially pulling down overall consumption

Another e-commerce firm Coupang saw the number of orders for its Rocket Delivery services - which guarantees next-day delivery of goods - reach 3.3 million on Tuesday, the largest ever. On Saturday, it announced on its website that there could be a delay of up to two hours due to the surge of orders.

Tmon also saw a surge of up to 300 percent in household and food sales on-year from Jan 28 to 30. Grocery delivery platform Market Kurly closed orders for refrigerated products on Sunday because orders had skyrocketed for refrigerated goods.

ALSO READ: People in lockdown learn to entertain themselves

On the other hand, concerns are rising among small and big businesses relying on offline transactions.

“Although thankfully we haven’t seen a drastic drop in customers yet, we are seriously worried about the weeks ahead, as the virus will definitely discourage more people from eating out,” said Jeong Jae-hoon, 42, an owner of a bistro in northern Seoul.

Data shows that an epidemic can have a direct impact on large retailers as well.

Upon the outbreak of the Middle East respiratory syndrome five years ago, sales of department stores and large supermarkets here went down 12 percent and 10 percent, respectively.

Industry watchers say the spread of the virus may pull down the country’s consumer sentiment just when the index started rebounding for the first time in 19 months. They cite the 7.1 point drop in the composite consumer price index in June 2015 upon the MERS outbreak.

According to the Bank of Korea last week, the composite consumer sentiment index came in at 104.2 in January, up 3.7 points from December. This was the highest since 105.6 in June 2018.

A figure above 100 means an optimistic outlook. The central bank said the latest figure did not take into account the coronavirus and that it will be reflected in February’s index.

In broader terms, industries relying on exports to China will also be negatively affected if the outbreak of the coronavirus is prolonged, observers say.

The Trade Ministry said that if the new coronavirus spreads, exports to China will be “difficult” because the neighboring nation “plays a key role” in the global manufacturing value chain.

“If the restrictions on transportation are tightened in China and factory operations are suspended, this will affect large and small Korean companies doing business in China. This is because 70-80 percent of our exports to China are intermediate goods,” said Chung In-kyo, a professor of international trade at Inha University.

The National Assembly Budget Office said the impact of a 1 percent drop in China’s gross domestic product is estimated to cause Korea’s exports to China to decrease by 0.5 percent and GDP by 0.2 percent.

The decline of China’s consumption, however, will not significantly affect Korea’s GDP because consumer goods account for only 3.4 percent of Korean exports to China, the budget office said.