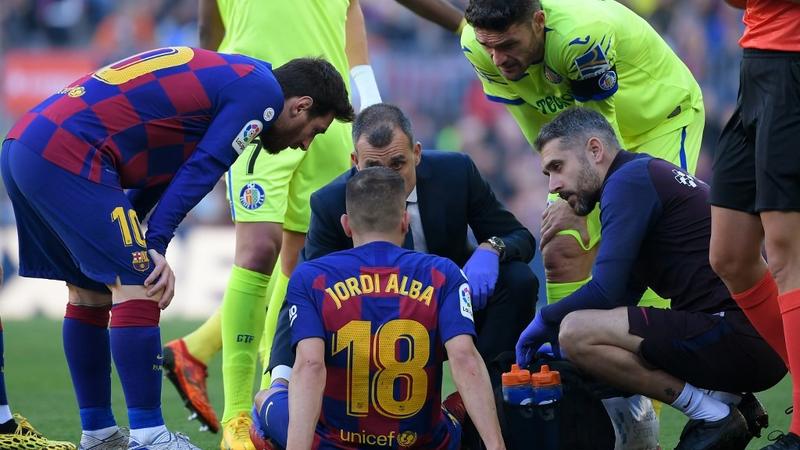 MADRID - FC Barcelona have suffered an important injury setback with the confirmation that Spain international left back Jordi Alba has sustained an injury to the right side of his groin.

Alba suffered the injury in the opening minutes of his side's narrow 2-1 win at home to Getafe on Saturday afternoon and was replaced by Junior Firpo, who had a hand in both of Barca's goals in the game.

Though Barcelona have not confirmed how long Alba will be out of action, it looks highly unlikely that he will be able to play in next weekend's Liga Santander game at home to Eibar, the first leg of their Champions League last 16 tie against Napoli or the key visit to face Real Madrid in the Santiago Bernabeu on March 1st.

Alba has been a key player once again this season, with his ability to find space and his understanding with Leo Messi a key factor in many of Barca's goals.