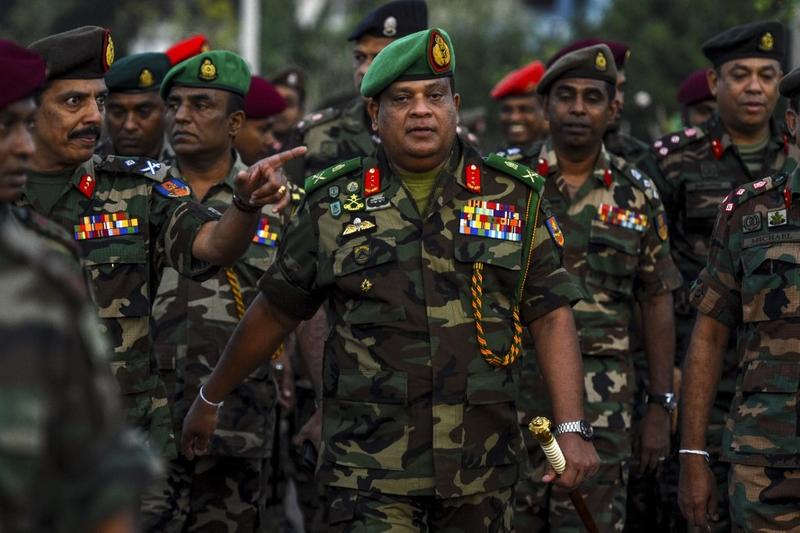 Lt Gen Shavendra Silva was appointed as the Commander of the Army by the then Head of State, taking into account his seniority and that there were no substantiated or proven allegations of human rights violations against him.

The US government on last Friday banned the Sri Lankan Army Chief and his immediate family from entering the United States, over alleged human rights violations committed in the last stages of the island country's civil war which ended in 2009.

A statement from the Foreign Ministry said Minister Gunawardena formally conveyed to the US ambassador Sri Lanka's strongest objections and asked that the United States government review its decision.

"Lt Gen Silva was appointed as the Commander of the Army by the then Head of State, taking into account his seniority and that there were no substantiated or proven allegations of human rights violations against him," the Foreign Ministry said.

"His elevation as the Acting Chief of Defence Staff by the current Head of State, President Gotabaya Rajapaksa was on account of his being the senior most serving military officer," the statement added.

The Foreign Ministry further said that during discussions with the US ambassador, the minister had raised disappointment that a foreign government should question the prerogative of a democratically elected president to call upon persons of proven expertise to hold key positions on national security related matters.

The minister further said this action by the US government unnecessarily complicates the US-Sri Lanka relationship.

Ambassador Teplitz informed that she would convey the concerns of the Sri Lankan government to Washington, and reiterated the continued commitment of the US government to all aspects of on-going collaboration with Sri Lanka and to ensure its expansion, including in the field of defence.