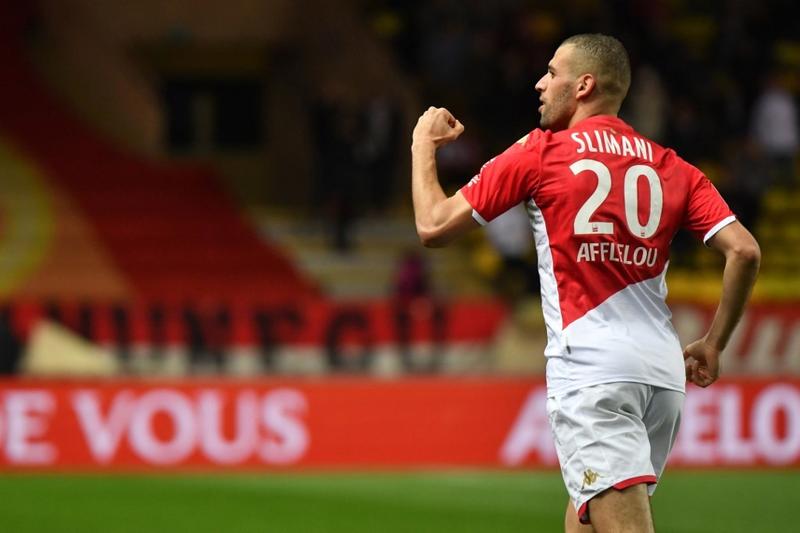 Monaco's Algerian forward Islam Slimani celebrates after scoring a goal during the French L1 football match between AS Monaco and Montpellier on Feb 14, 2020 at Louis II stadium in Monaco. (YANN COATSALIOU / AFP)

PARIS— Islam Slimani's header gave Monaco a 1-0 home win over Montpellier on Friday, helping the team move up two places to the fifth on the French Ligue 1 standings after a three-game winning streak.

Montpellier, who occupied the fifth before the clash, dropped to the sixth.

Monaco have taken 38 points from 25 games, only two off Europa League place, and three off the Champions League qualifying berth

Algerian forward Slimani, on loan from Premier League side Leicester City, capitalized on a corner in the 52nd minute as his header beat goalkeeper Dimitry Bertaud to wrap up the victory for the hosts.

Monaco have taken 38 points from 25 games, only two off Europa League place, and three off the Champions League qualifying berth.

The top two teams in French Ligue 1 can secure the spots in the Champions League group stage while the third have to play the qualifications. The fourth side will get a ticket to the second-tier Europa League

Lille, currently ranking fourth on the table, will host second-placed Marseille on Sunday, while title holders Paris Saint-Germain to visit Amiens on Saturday.