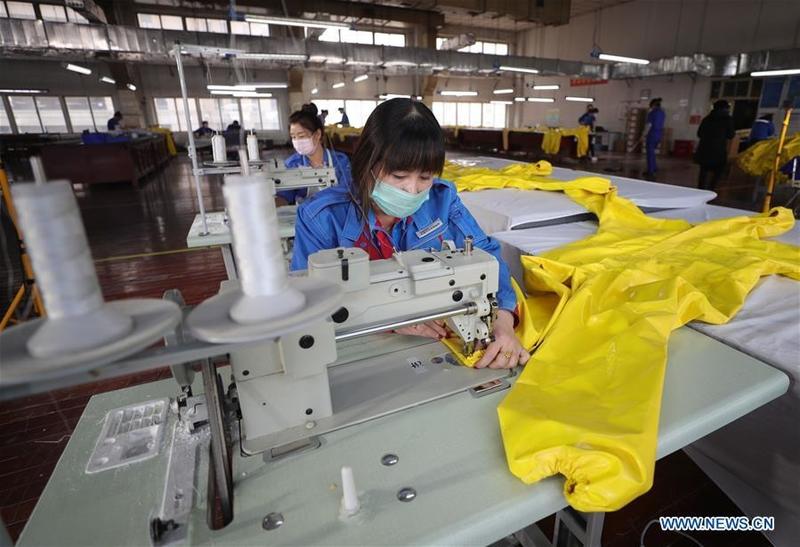 BEIJING - Chinese health authorities said Thursday that they received reports of 15,152 new confirmed cases of novel coronavirus infection and 254 deaths on Wednesday from 31 provincial-level regions and the Xinjiang Production and Construction Corps.

A total of 5,911 infected patients had been discharged from hospital after recovery by the end of Wednesday, a spokesperson for the National Health Commission said

Among the new fatalities, 242 were in Hubei province, two in Henan, and one in Tianjin, Hebei, Liaoning, Heilongjiang, Anhui, Shandong, Guangdong, Guangxi, Hainan, and the Xinjiang Production and Construction Corps, respectively, according to Mi Feng, a spokesperson with the National Health Commission.

Another 2,807 new suspected cases were reported Wednesday, said the commission.

Also on Wednesday, the number of seriously ill patients decreased by 174, while 1,171 people were discharged from hospitals after recovery.

By the end of Wednesday, 52,526 confirmed cases had been reported on the Chinese mainland, and 1,367 people had died of the disease.

The commission said that 8,030 patients remained in severe condition, and 13,435 people were suspected of being infected with the virus.

A total of 5,911 infected patients had been discharged from hospital after recovery.