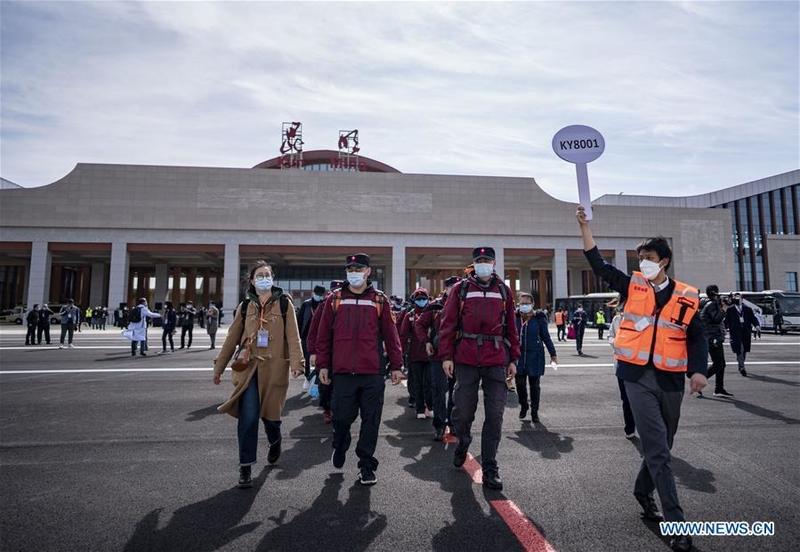 The diagnosis criteria revision has been made to give those who have been clinically diagnosed the timely standard treatment of confirmed cases to further improve the treatment success rate, said the Hubei Provincial Health Commission

The 242 new deaths also include 135 people who were only clinically diagnosed.

The province also saw 3,441 patients discharged from hospital after recovery as of Wednesday. Among the 33,693 hospitalized patients, 5,647 were still in severe condition and another 1,437 in critical condition.

Clinically diagnosed cases are unique to Hubei statistically. The inclusion of those cases drives the surge in the number of new confirmed cases.

Any suspected cases with pneumonia-related computerized tomography (CT) scan results are counted as clinically diagnosed cases, according to the latest version of the diagnosis and treatment scheme released by the National Health Commission.

The provincial health commission said the diagnosis criteria revision has been made to give those who have been clinically diagnosed the timely standard treatment of confirmed cases to further improve the treatment success rate.

"These 'yet-to-test-positive' patients could easily spread the virus in society. Categorizing them as confirmed cases will lead to quarantine and hospitalization, which would be good for both the patients and the public," said Zeng Guang, chief epidemiologist of the Chinese Center for Disease Control and Prevention.

"It is the right step to stop the spread of the virus," Zeng said.

World Health Organization (WHO) officials said on Thursday that a jump in the number of new cases of coronavirus in China reflects a “broader definition” of a case of infection.

“It is our current understanding that the new case definition widens the net, and includes not only lab-confirmed cases but also clinically diagnosed cases based on symptoms and exposure,” WHO spokesman Tarik Jasarevic told Reuters.