By Zhou Lihua in Wuhan and Jiang Chenglong in New York 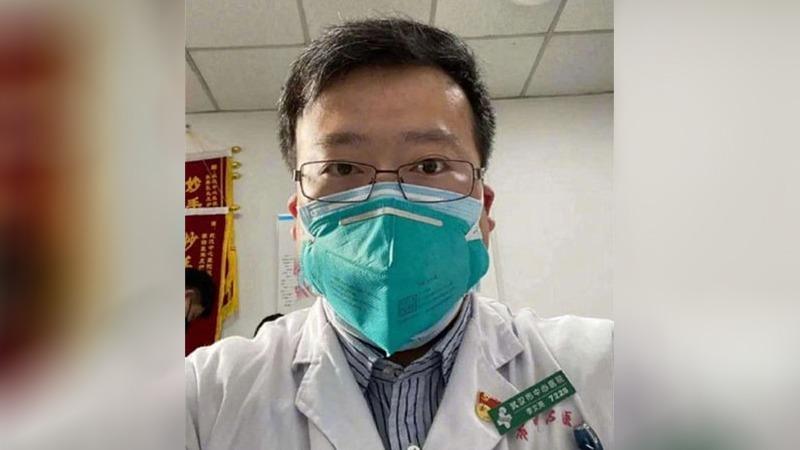 Dr Li Wenliang, one of eight people who tried to warn about the novel coronavirus when it first emerged in Wuhan, now the epidemic center of the disease, but was reprimanded by local police, passed away on Friday from the virus, according to the Central Hospital of Wuhan.

"After emergency treatment, Li Wenliang passed away," the Central Hospital of Wuhan announced on Weibo, China's version of Twitter. "We deeply regret and mourn Li's death."

"We are deeply saddened by the passing of Dr Li Wenliang," twitted the World Health Organization

The Wuhan municipal government on Friday expressed condolences over the death of Li.

"We express our deep condolences and sadness, pay our tribute to him for fighting on the front line against the epidemic, and show our sincere sympathy to his family," the government said in a notice.

The hospital also expressed deep sadness over the doctor's death on its Sina Weibo account.

The National Supervisory Commission has decided to dispatch an inspection group to Wuhan to thoroughly investigate issues related to Dr Li.

The doctor's death triggered an outpouring of millions of comments on China's social media sites as well as concern from the international community.

"We are deeply saddened by the passing of Dr Li Wenliang," twitted the World Health Organization (WHO). "We all need to celebrate work that he did on 2019nCoV."

According to the doctor's post on Weibo, on Dec 30, Li, an ophthalmologist at the Central Hospital of Wuhan, warned in the online chat group WeChat that he had seen a report that showed positive test results of SARS for seven patients.

On Jan 3, Li and the seven others were summoned by Wuhan police for "spreading fake information on the internet". They were reprimanded but not fined or detained, the police said.

Li continued his normal work at the Wuhan hospital until Jan 10 when he came down with a cough and fever, symptoms of the coronavirus.

"I was finally confirmed as being infected by the novel coronavirus," Li wrote on Feb 1 on Weibo, adding a dog emoji. The post got more than 1.6 million thumbs-ups and over 400,000 netizens expressed their best wishes to him.

On Thursday evening, several Weibo posts said Li had died from the novel coronavirus and they went viral on social media, sparking immense sorrow and outrage of netizens.

At 12:38 am on Friday, the Central Hospital of Wuhan denied Li had died.

"Doctor Li was unfortunately infected by the novel coronavirus and he is now critically ill and under emergency treatment," said the hospital on its official Weibo account.

The post soon attracted millions of netizens to pray for the doctor.

Comments that received tens of thousands of thumbs-up included: "Please! Save him!"  and "I am waiting for a miracle for medicine, for emergency treatment and for a hero!"