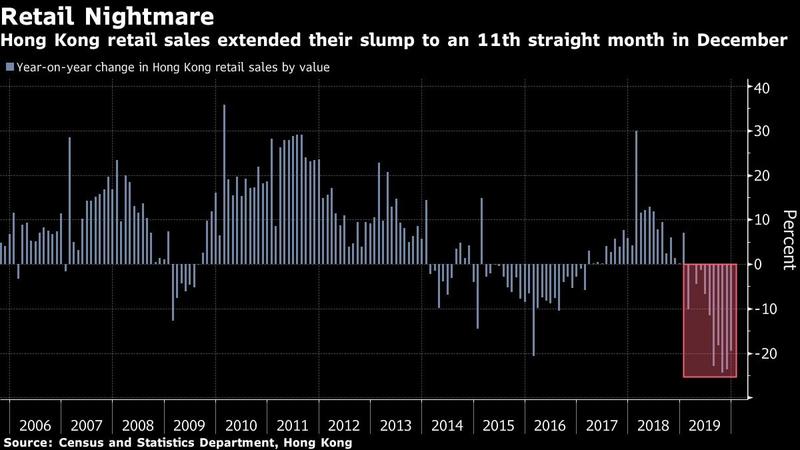 Hong Kong’s retail sales tumbled for an 11th straight month as retail sales by value fell 19.4 percent in December from a year earlier, extending a run of declines that started in February, the longest streak since 2016.

The full-year figure dropped 11.1 percent to HK$431.2 billion. Retail sales volume for the fourth quarter slumped a record 24 percent, the government said in a release.

Travel curbs triggered in January due to the novel coronavirus outbreak have further darkened prospects for retailers after the Christmas shopping season’s failure to make up ground lost due to months of protests stemming from the extradition bill incident. The city confirmed its first annual economic contraction in a decade on Monday.

Visitor arrivals from the Chinese mainland have evaporated, most recently tumbling 53 percent from year-earlier levels in December.

Luxury retailer Chow Tai Fook Jewellery Group Ltd, the second-largest jeweler in the world, said in January it plans to shut about 15 of its Hong Kong stores after their leases expire this year.