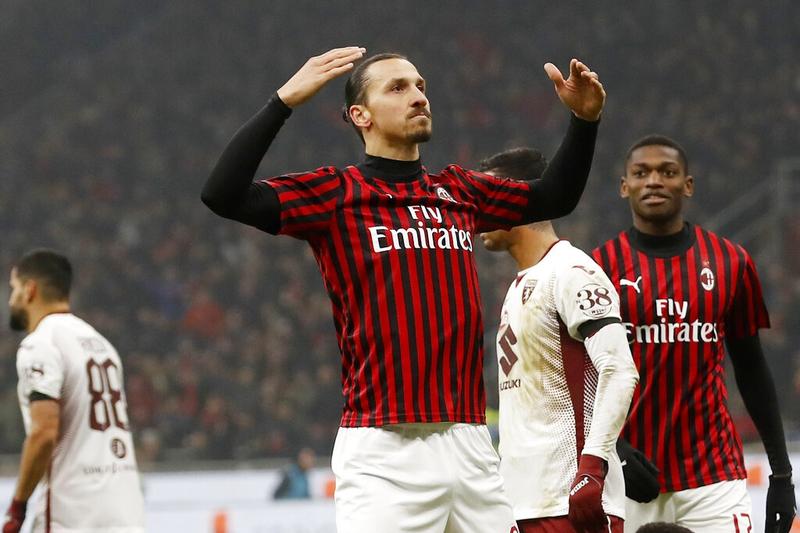 ROME - AC Milan knocked out Torino FC 4-2 at Giuseppe Meazza Stadium, commonly known as San Siro, in the third Coppa Italia quarterfinal in the northern city of Milan on Tuesday.

The match was preceded by a tribute to late US basketball legend Kobe Bryant, who lived in Italy as a child and died in a helicopter crash on Jan 26. Players from both sides took to the field with back armbands in a sign of mourning for Bryant, who was a Rossoneri supporter.

Milan midfielder Giacomo Bonaventura scored the first goal 12 minutes after kick-off, putting Torino against the ropes psychologically after a disastrous Serie A match that saw them lose to Atalanta 0-7 on Jan 25.

However, the Granata side remained undaunted, making a comeback with a goal by Gleison Bremer in the 34th minute. The 23-year-old Brazilian defender, who made his Serie A debut with Torino in 2018, followed this up in the second half with a header in the 71st minute. 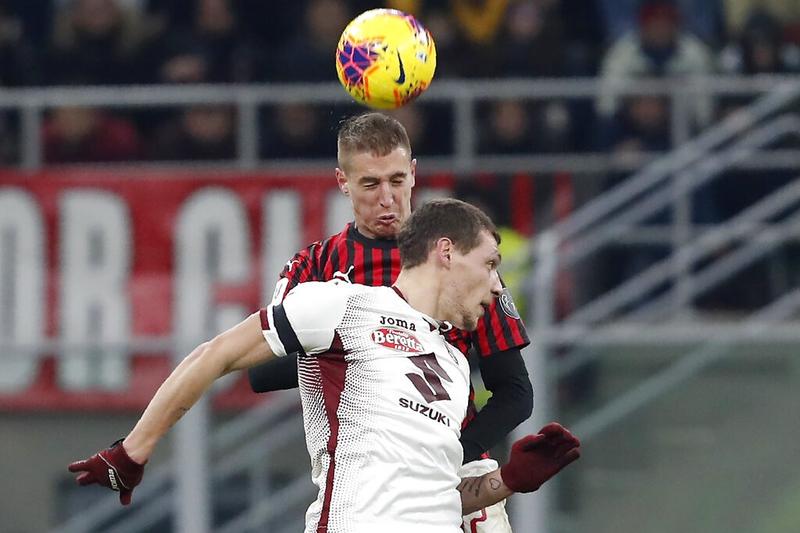 Just when all seemed lost for the Rossoneri, midfielder Hakan Calhanoglu evened the score with a goal one minute into 5 minutes of extra time.

"This was an important win for us, also because of the way it came - we were down by 2-1 but we were able to believe in ourselves to the end," Milan captain Alessio Romagnoli told RAI Channel 1 public television, which broadcast the match.

Milan will face Juventus in one of the two Coppa Italia semifinals after Juventus bested Roma 3-1 on Jan 21.

Inter Milan face Fiorentina in the last quarterfinal on Jan 29, also at San Siro in Milan. The winner of that match will face Napoli, which knocked out Lazio 1-0 on Jan 22.

The semifinals are slated for February and March, with the final to be played May 13.