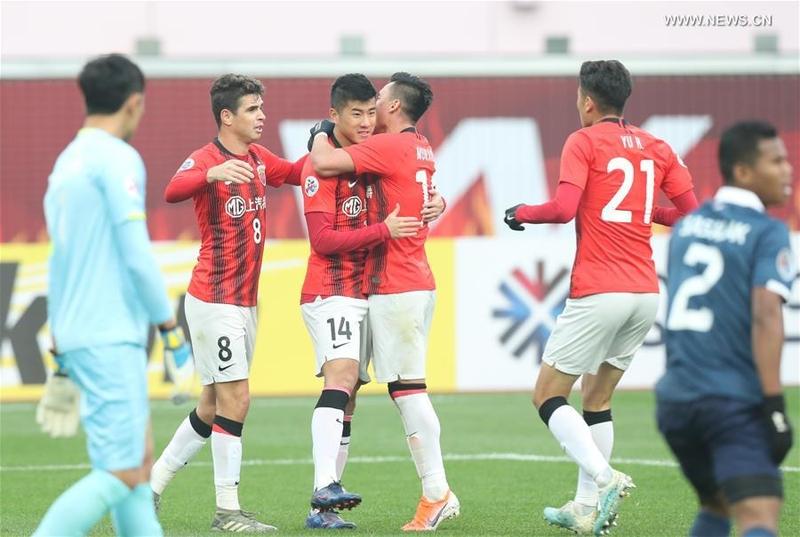 SHANGHAI- Chinese Super League side Shanghai SIPG have qualified for the group stage of the 2020 AFC Champions League, defeating Buriram United of Thailand 3-0 in the playoff round here on Tuesday.

After a goalless first-half, SIPG broke the deadlock in the 74th minute when substitute Li Shenglong tapped home unmarked at the back post after collecting Chen Binbin's pass.

The hosts made sure of the result with two more goals in injury-time, with Marko Arnautovic slotting home from Oscar's pass before Hulk converted a penalty after Oscar was fouled in the box.

SIPG will play in Group H of the Champions League, along with Jeonbuk Hyundai Motors, Sydney FC and Yokohama F. Marinos.

The CSL's other representatives in the 2020 AFC Champions League are Beijing Guoan, Guangzhou Evergrande and Shanghai Shenhua.