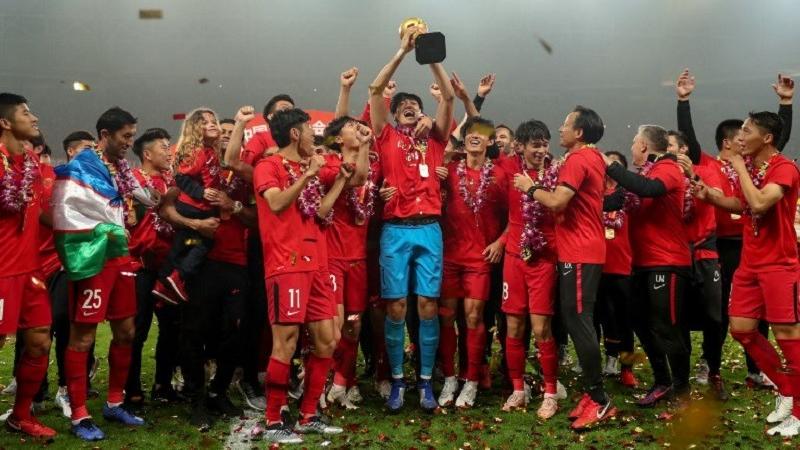 Players of Shanghai SIPG celebrate with their trophy after winning the Chinese Super League (CSL) football match in Shanghai on Nov 7, 2018. (STR / AFP)

SHANGHAI - Wu Lei broke the single-season CSL domestic player goal record to give Shanghai SIPG a 2-1 win over the visiting Beijing Renhe on Wednesday to seal their first ever Chinese Super League (CSL) title with one game in hand.

"It's a perfect season. We have given everything for the champion. I am very glad that we can end Guangzhou Evergrande's dynasty," said Shanghai SIPG head coach Vitor Pereira.

Since his team beat seven-time straight champions Guangzhou Evergrande 5-4 last weekend, Shanghai SIPG only needed one point on Wednesday to write a new chapter in the club's history.

Ahmedov, the Uzbek international midfielder, broke the deadlock with a brilliant long distance curling shot in the 20th minutes.

Wu Lei scored his 27th goal of the season to extend the lead to 2-0 in the beginning of the second half, which also helps him break the single-season CSL domestic player goals record. 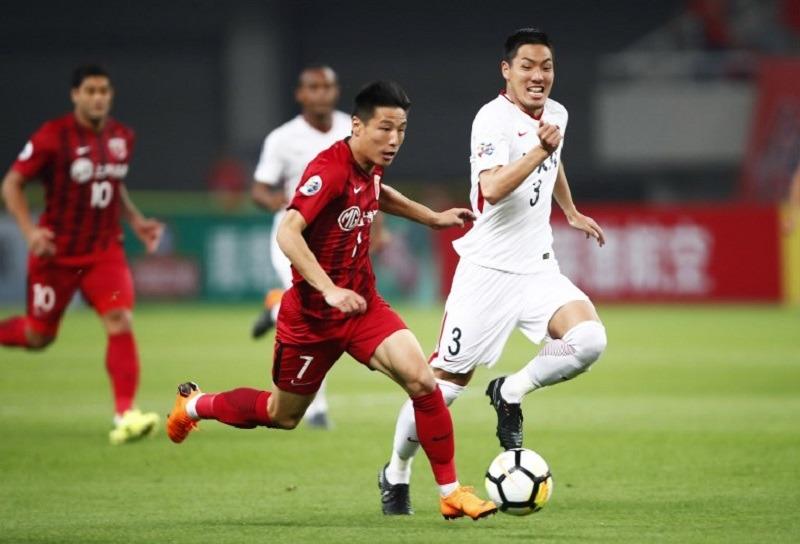 Shanghai SIPG's Wu Lei (left) fights for the ball with Kashima Antlers's Shoji Gen during the AFC Champions League round of 16 football match between China's Shinghai SIPG and Japan's Kashima Antlers in Shanghai on May 16, 2018. (PHOTO / AFP)

The Chinese international striker has six more goals than second-placed Nigerian striker Odion Ighalo in the Golden Boot standings with one fixture remaining. "It's not easy. I have a very good team, which affords me many scoring chances," the 26-year-old said.

Although Diop scored for Beijing side in the 60th minute, this could not stop the SIPG captain and former Brazilian international Hulk from lifting the trophy after the final whistle.

This trophy is also the first top-tier league trophy for Shanghai since the establishment of the CSL in 2004. "Our fans are supportive all the time, the championship belongs to the fans of Shanghai," said Wu Lei.

The newly-crowned CSL champion was founded by former Chinese international footballer coach Xu Genbao with young players from his football academy in 2005, as Shanghai Dongya FC and changed their name to Shanghai SIPG in 2012 after the team upgraded to the CSL.

After world-class players Hulk, Oscar and Elkeson arrived in the last three years, Shanghai SIPG has become a strong competitor in the CSL. They ranked second in 2015 and 2017, and reached the semifinals of the Asian Champions League last year. 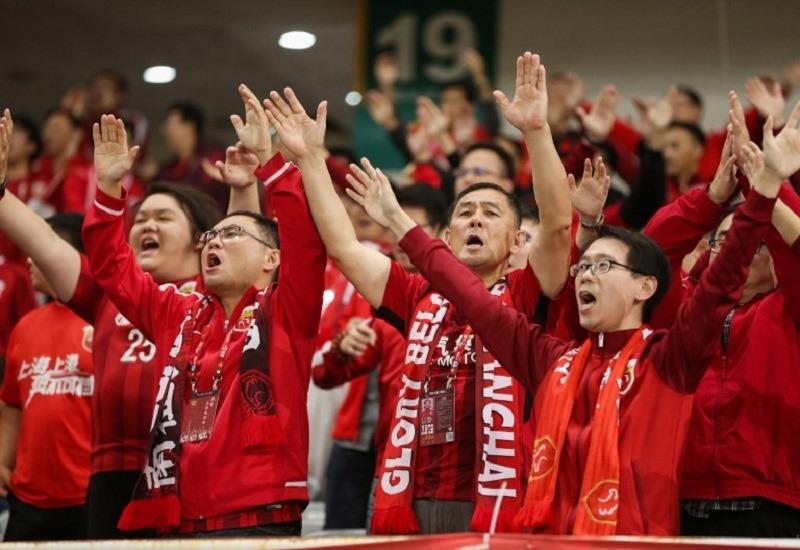 Fans of Shanghai SIPG cheers for their team during the Chinese Super League (CSL) football match between Shanghai SIPG and Beijing Renhe in Shanghai on Nov 7, 2018. (STR / AFP)