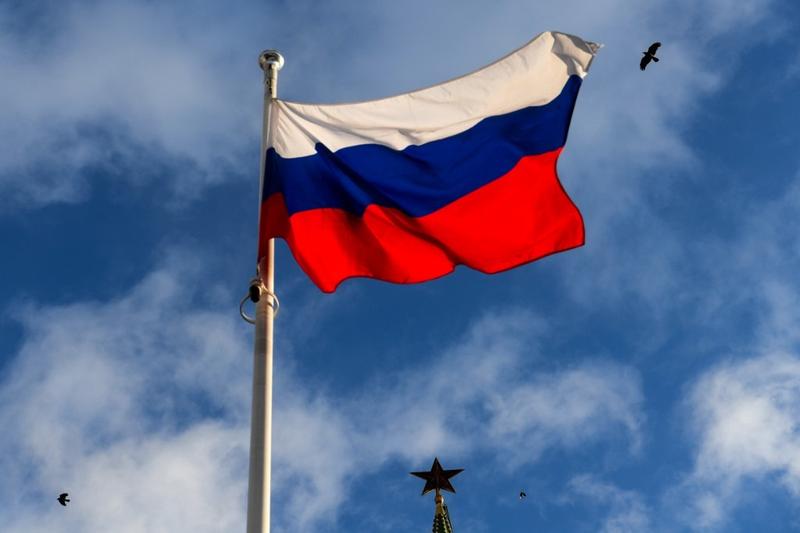 A Russian national flag flies in front of one of the Kremlin ruby stars in downtown Moscow on Jan 23, 2020. (KIRILL KUDRYAVTSEV / AFP)

The expelled journalist worked for Japan’s Kyodo News, the agency said on Tuesday, denying the accusation of attempted espionage.

Kyodo did not identify the reporter but said he was detained on Dec 25 in Vladivostok and released after about five hours of questioning.

The reporter was told to leave Russia in 72 hours, Kyodo said.

“For safety reasons, he left the country the following day. It is our understanding that he was engaged in standard reporting activities,” Kyodo said in an emailed statement.

Japan’s Ministry of Foreign Affairs said it could not comment on the matter.

Ties between Japan and Russia have been strained for decades by a territorial dispute over a chain of islands in the Pacific.

Known in Russia as the Southern Kuriles and in Japan as the Northern Territories, the islands were seized by the Soviet army in the waning days of World War Two.

The dispute has prevented Russia and Japan from signing a formal peace treaty and developing their relations.

“The Japanese citizen was detained by Russian law enforcement officers in Vladivostok on Dec. 25, 2019 trying to receive secret materials about Russia’s military potential in the Far East,” RIA quoted the Russian foreign ministry as saying.

The announcement came two days after Japanese telecommunications firm SoftBank Group Corp said one of its former employees had been arrested on suspicion of leaking company information. The former employee is suspected of passing information to Russia’s trade mission in Japan in exchange for money, the Nikkei newspaper reported, citing the police.

A person familiar with Kyodo’s thinking said Russia’s announcement seemed to be “revenge for SoftBank.”