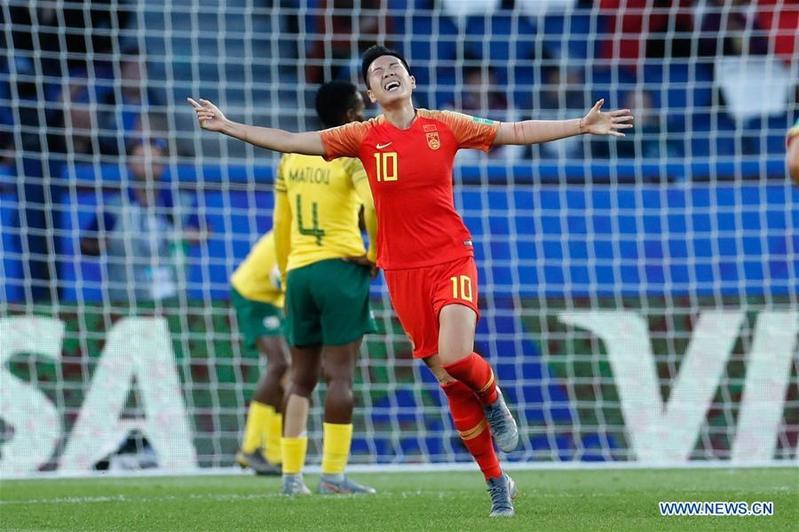 In this June 13, 2019 photo, China's Li Ying celebrates after scoring a goal during the Group B match between China and South Africa at the 2019 FIFA Women's World Cup in Paris, France. (XINHUA / AP)

BEIJING - China's national women's football team have begun preparations for their forthcoming 2020 Olympic qualifiers in isolation, amid concerns over the spread of novel coronavirus.

All matches in qualifying Group B, which China was drawn into along with Australia, Thailand and Chinese Taipei, were originally set to take place in Wuhan from February 3 to 9. Due to the outbreak of novel coronavirus in that city, the fixtures were initially moved to China's eastern city of Nanjing, before being moved again to Sydney, Australia.

The Chinese side also had to move their training camp from Wuhan, the epicenter of the coronavirus epidemic, to Suzhou in east China's Jiangsu Province.

Players were asked by coaching staff to wear masks and avoid contact with others on their way to join the training camp which started on Sunday.

The camp is closed to the outside to avoid any threat of novel coronavirus.

Veteran striker Wang Shanshan, who was dropped after last year's World Cup, has been recalled to the Chinese side.

China will kick off their Olympic qualification campaign against Thailand on February 3.