Wuhan mayor says will resign if it helps control outbreak 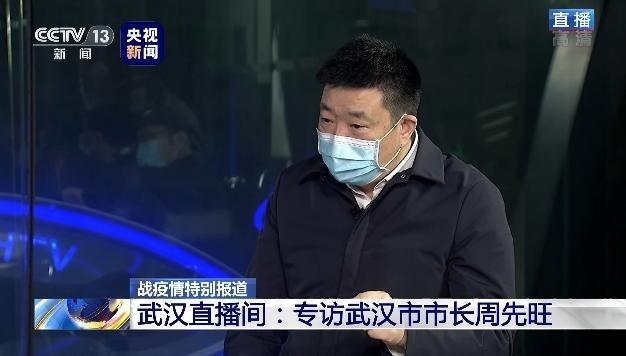 Wuhan Mayor Zhou Xianwang admitted on Monday that the local government failed to disclose information in a reasonable time frame in the early stages of the novel coronavirus epidemic.

Mayor Zhou Xianwang said that Wuhan is the source area of the new pneumonia, so if authorities can control the city, they can stop the spread of the virus

"We understand that the public is unsatisfied with our information disclosure. On one hand, we failed to disclose relevant information in a timely manner; on the other, we did not make sufficient use of valid information to improve our work," he said in an interview with China Central Television.

"As for the late disclosure, I hope the public can understand that it's an infectious disease, and relevant information should be released according to the law," he said. "As a local government, we can only disclose information after being authorized."

Zhou also said that the leading officials in Wuhan would like be sacked if it's conducive to controlling the disease.

"It's unprecedented to lockdown a city with more than 10 million people in human history. However, faced with the current situation, we've closed the city gate and possibly besieged the virus within the city. We might leave a bad name in history," he said.

"But if it's conducive to the control of the virus and the protection of the safety of the people, Ma Guoqiang (the Party chief of Wuhan) and I can shoulder whatever responsibilities," he told CCTV. "We would like to be removed from the office to appease public indignation."

Zhou said that Wuhan is the source area of the new pneumonia, so if authorities can control the city, they can stop the spread of the virus. So, allowing fewer people to go out of Wuhan would be a contribution to the country and even mankind.

"Therefore, according to relevant procedures, we decided to close the channel of leaving Wuhan. From the present point of view, the closure is understandood by Wuhan residents and produced a good effect," Zhou said.