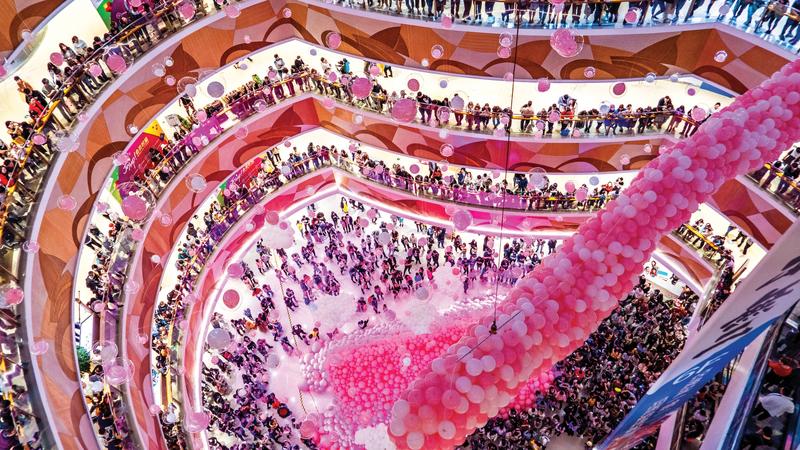 China’s retail sales growth is expected to slow down to between 7.8 and 8 percent in 2020, but rising service consumption and the potential for increased spending in smaller cities will reshape the nation’s overall consumption landscape, according to a report released on Wednesday.

Retail sales in 2019 are estimated to grow at 8 percent, with softening domestic investment and downward pressure amid lingering Sino-US trade tensions, said the report by Fung Business Intelligence and the Expert Committee of the China General Chamber of Commerce.

But, the anticipated phase-one trade deal between China and the US is set to reduce business uncertainties and help regenerate economic and consumption growth, said Chang Ka-mun, managing director of Fung Business Intelligence.

Considering the constant strong consumption, the think tank forecast it’ll not be difficult for China’s overall economic growth to exceed 6 percent this year.

Teresa Lam, vice-president of Fung Business Intelligence, believes that domestic consumption, which would account for 60.5 percent of the nation’s GDP growth in the first three quarters of this year, will remain the nation’s economic growth engine.

She explained that government policy support measures launched last year are expected to see positive outcomes in 2020. The central government last year unveiled a series of steps to boost domestic consumption, including facilitating the development of the service sector, the so-called night-time economy, community retailing and rural e-commerce.

Among them, service consumption has become a hotspot for new growth in recent years. The trend will continue, considering rising residential incomes and ongoing consumption upgrading, Lam said.

According to the National Bureau of Statistics, consumption in service sectors, such as catering, entertainment, travel, education and housekeeping, accounted for 49.4 percent of China’s total consumer spending in the first half of last year — 0.6 percentage points higher than in the same period the previous year.

With technology advancement, digital transformation will accelerate in various service sectors, especially the catering industry, the report said. It will further speed up the sector’s modernization and shift toward high-quality growth.

Moreover, young consumers, especially those in lower-tier cities, are emerging as a major consumer group, as their salaries go up and have more time to buy goods, said Lam. This has opened up new opportunities for Chinese and foreign enterprises.

“To win over these customers, enterprises should understand and anticipate their needs, engage with them via offline and digital touch points and create better experience,” she added.