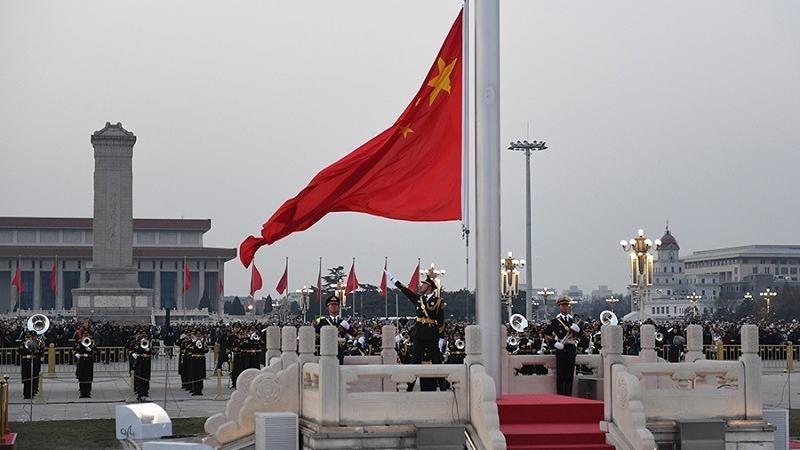 The Chinese mainland's policy toward Taiwan is clear and consistent, a spokesman said after Tsai Ing-wen of the Democratic Progressive Party was re-elected as the island's leader on Saturday.

"We uphold the basic principles of peaceful reunification, 'one country, two systems' and the one-China principle," said Ma Xiaoguang, a spokesman for the Taiwan Work Office of the Communist Party of China Central Committee and the Taiwan Affairs Office of the State Council.

"We resolutely safeguard national sovereignty and territorial integrity, resolutely oppose separatist action toward Taiwan independence in any form and resolutely promote the interests and well-being of Taiwan compatriots," Ma said.

The peaceful development of cross-Straits relations is the right path to promote common development and benefit compatriots on both sides, Ma said.

"On the common political foundation of adhering to the 1992 Consensus and opposing independence, we are ready to work with Taiwan compatriots to promote the peaceful development of cross-Straits ties, advance toward peaceful reunification with the motherland and jointly open up bright prospects for the rejuvenation of the Chinese nation," he said.

Among the 113 seats in the island's legislature, the DPP garnered 61 seats while KMT got 38

Taiwan's legislative election was held simultaneously with the leadership election. Among the 113 seats in the island's legislature, the DPP garnered 61 seats while KMT got 38.

Zhu Songling, a professor at Beijing Union University's Institute of Taiwan Studies, said the DPP had done a lot in the election campaign to create cross-Straits tensions.

The legislative department of the island passed an "anti-infiltration law" last month to combat what the DPP called "infiltration" and "threats" from the Chinese mainland, which it said paid people on the island to promote political aims.

Zhu said the violence by protesters in the Hong Kong Special Administrative Region in recent months was also used by the DPP as a weapon against the mainland for political benefit in the election.

The United States and some anti-China forces in the West intervened in the election, he added, noting that the US Congress had introduced a series of Taiwan-related bills to help the DPP strengthen its capacity to confront the mainland.

Although Han Kuo-yu of the KMT was defeated, Zhu said Han and his voters, who emphasized improving the island's economy and its people's livelihoods, cannot be ignored.

He said he expected the island's economy has little chance to improve in the coming years with Tsai at the helm, in light of strained cross-Straits relations and difficult global conditions.

Nevertheless, the Chinese mainland will continue to take the lead in cross-Straits relations and press for reunification of the country, he said.

The widely recognized one-China principle around the world will remain unchanged, Zhu said, adding that the US can be expected to continue interfering in Taiwan and should be carefully watched.

On Sunday, the Foreign Ministry urged the international community to continue to abide by the one-China principle.

"We hope and believe that the international community will continue adhering to the one-China principle and understand and support the just cause of the Chinese people in opposition to secessionist activities and in favor of national reunification," Foreign Ministry spokesman Geng Shuang said.

The Taiwan question is an internal Chinese matter, Geng said, adding that no matter what happens in Taiwan, the fact that there is only one China and that Taiwan is part of it will not change.

Geng also expressed indignation and opposition to countries that have diplomatic ties with China and engage in any form of official exchanges with Taiwan.

He made the remarks in an online statement after senior officials in the United States, the United Kingdom and Japan sent congratulations to Tsai.

The election in Taiwan is China's affair, Geng said, and such moves violate the one-China principle, which is the basic norm governing international relations and has been widely accepted by the global community.

China has lodged stern representations to relevant countries, he said.