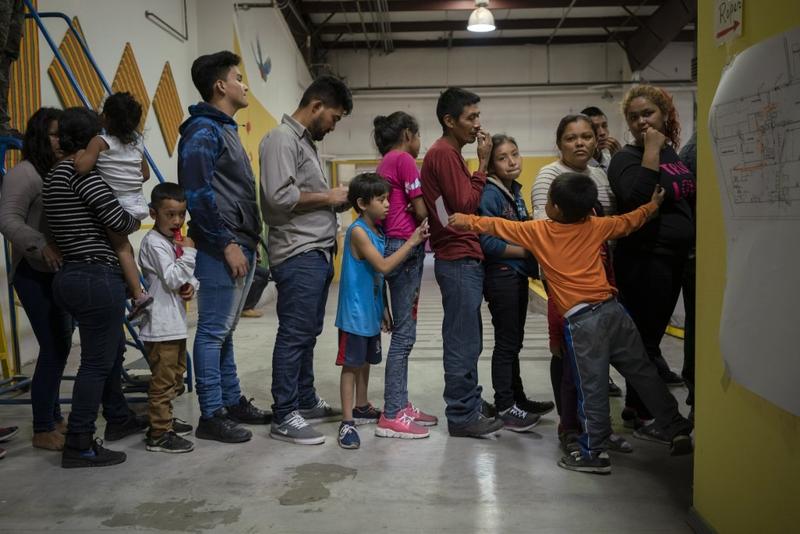 NEW YORK - Governor Greg Abbott of Texas on Friday became the first governor in the United States to refuse to accept refugees under an executive order requiring local jurisdictions to actively opt in to the federal resettlement program.

The decision is a major blow to the program since Texas is the largest recipient of refugees in the country.

"At this time, the state and non-profit organizations have a responsibility to dedicate available resources to those who are already here, including refugees, migrants and the homeless," Abbott, a Republican, said in his letter to the US State Department.

At this time, the state and non-profit organizations have a responsibility to dedicate available resources to those who are already here, including refugees, migrants and the homeless

"As a result, Texas cannot consent," to refugee resettlement this fiscal year, he said.

A State Department official said the executive order signed by President Donald Trump only affects the federal government’s decision about where to place refugees immediately after they arrive. It does not apply to a refugee's spouse or unmarried children under 21 who are being admitted to join them in the United States, the official said.

Refugees who are initially settled in another US state can subsequently move to Texas, but they would not have access to federal resettlement benefits, such as housing, there, resettlement agencies say.

"This is a deeply disappointing decision," said Krish O’Mara Vignarajah, president and chief executive officer of the resettlement agency Lutheran Immigration and Refugee Service (LIRS). "Historically, Texas has served as a beacon of hope for

refugees from across the globe."

So far, 41 governors – 18 of them Republican – and at least seven dozen local officials have consented to resettlement, according to a LIRS tally.

Florida and Georgia, other major recipients of refugees, have so far remained silent on their stance. The governor's office in Florida said it was still reviewing the issue and Georgia declined to comment.

Cutting immigration has been a centerpiece of Trump's presidency and 2020 re-election campaign. One of his first acts after assuming office in January 2017 was to issue an order capping the maximum number of refugees that year at 50,000.

Since then, the cap has been slashed every year.

Trump set a ceiling of 18,000 refugee admissions for this year, the lowest level since the modern refugee program began in 1980. By contrast, former Democratic President Barack Obama proposed resettling 110,000 refugees in the 2017 fiscal year ending in September.

Approximately 2,500 refugees were resettled in Texas in the 2019 fiscal year, down 70 percent from fiscal 2016, according to State Department data.

The administration has said the consent requirement, signed in September, aimed to ensure receiving communities have the resources to integrate refugees.

But refugee resettlement groups have argued that giving local governors and mayors a veto over whom they accept is unconstitutional and would disrupt the way they work.

Three of the nine national resettlement agencies sued the Trump administration in federal court in an effort to block the order from being implemented.

Arguments in the case were held this week, and US District Judge Peter Messitte in Greenbelt, Maryland, appointed by former Democratic President Bill Clinton, could rule on the case soon.