Australian Open to plough ahead despite players' quarantine anger 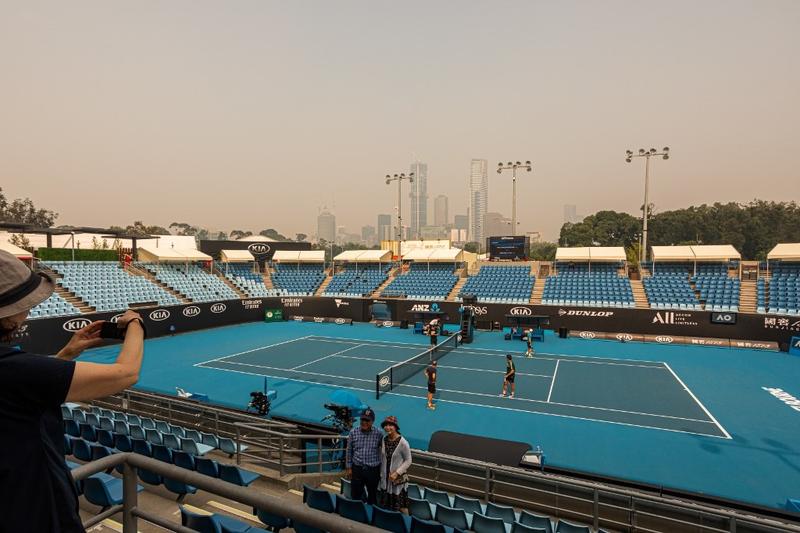 In this Jan 15, 2020 photo, tourists pose for a photo in the stands of one of the outside courts at Melbourne Park as the horizon is covered with thick smoke haze in Melbourne ahead of the Australian Open tennis tournament. (ASANKA BRENDON RATNAYAKE / AFP)

MELBOURNE - Australian Open tournament director Craig Tiley has confirmed the year’s first Grand Slam will go ahead from Feb. 8 despite anger from players forced into hard quarantine in Melbourne due to positive COVID-19 cases on their charter planes.

Forty-seven players and their entourages have to isolate for two weeks in their hotel rooms in Melbourne and are no longer able to leave them to train after infections were reported on two chartered flights carrying them to Melbourne.

Other players who arrived in different planes are also undertaking a mandatory 14-day quarantine but are permitted to leave their hotels for five hours a day to train, raising questions about the integrity of the Grand Slam.

Tiley said the tournament would start as scheduled but governing body Tennis Australia would look at altering the leadup tournaments to help the affected players.

“We are reviewing the schedule leading in to see what we can do to assist these players,” Tiley told the Nine Network on Sunday.

“The Australian Open is going ahead and we will continue to do the best we possibly can do to ensure those players have the best opportunity.” 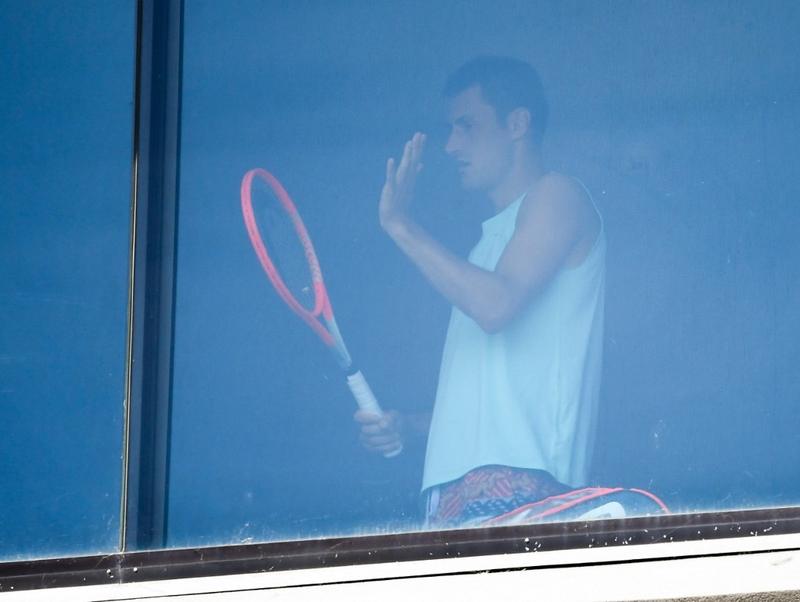 Australian tennis player Bernard Tomic exercises in his hotel room in Melbourne in Jan 17, 2021, as players quarantine in hotels ahead of the Australian Open tennis tournament. (WILLIAM WEST / AFP)

Quarantine authorities said they had recorded a fourth COVID-19 infection among the passengers on the two charter flights carrying players to Melbourne.

A broadcaster on the flight from Los Angeles had tested positive, adding to an aircrew member and a tennis coach on the same plane who were reported on Saturday.

The other case was Sylvain Bruneau, the coach of the women’s 2019 US Open champion - Canada’s Bianca Andreescu.

Bruneau was a passenger on a charter flight carrying 23 players from Abu Dhabi.

Some of the affected players complained about their detention, saying they had not been adequately advised.

Romanian Sorana Cirstea, the women’s world number 71, said on social media: “If they would have told us this rule before, I would not play in Australia. I would have stayed home.

“They told us we would fly at 20 percent capacity, in sections, and we would be a close contact only if my team or cohort tests positive.”

Swiss player Belinda Bencic said she and the other 46 players were at a disadvantage.

“We are not complaining (about being) in quarantine. We are complaining because of unequal practice/playing conditions before quite important tournaments,” she said on social media.

“The rules for close contacts haven’t changed,” she told reporters in Melbourne on Sunday.

“The program is set up to keep people safe.” 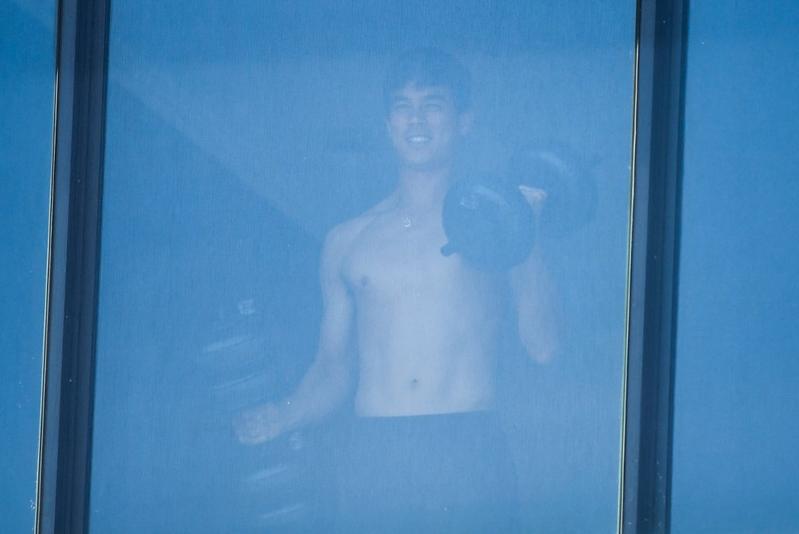 An unidentified tennis player exercises in his hotel room in Melbourne in Jan 17, 2021, as players quarantine in hotels ahead of the Australian Open tennis tournament. (WILLIAM WEST / AFP)

Cassar also warned players to stick to quarantine rules and threatened them with A$20,000 (US$15,400) fines and having them moved to an even stricter facility after two players made low-level breaches.

She said two players had opened their hotel room doors to talk to others, including one who was congratulating himself for arranging food by Uber Eats.

“So they’ve been warned and Victoria police will continue to follow up,” she added.

The coach Bruneau said he had tested negative within 72 hours of his flight and felt “perfectly fine” when he boarded the plane.

“I am extremely saddened and sorry for the consequences now on everyone’s shoulders sharing my flight,” Bruneau said in a statement issued by Tennis Canada.

“The rest of my team is negative and I sincerely hope that any further disruption is kept to a minimum.”