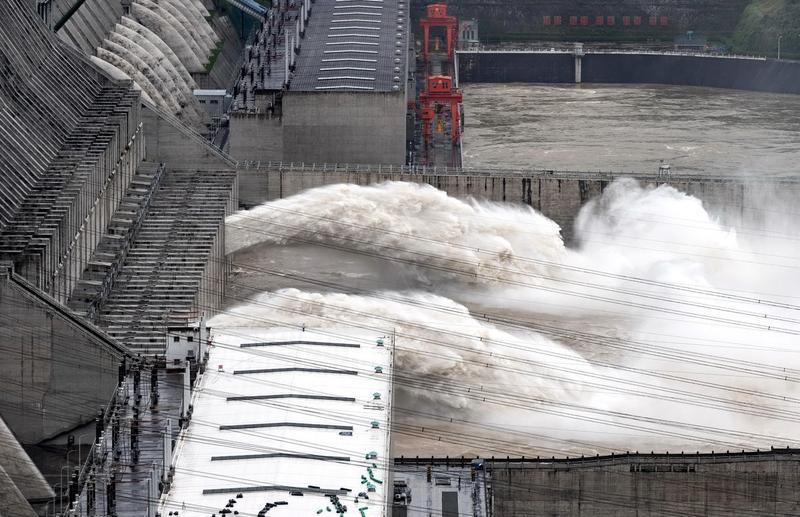 BEIJING – China upgraded its emergency response for flood control from level IV to level III on Saturday, according to the Ministry of Water Resources, as incessant downpours continued to wreak havoc in vast stretches of the country.

Water levels in the middle and lower reaches of the Yangtze River as well as Dongting Lake and Poyang Lake have been rising as a result of sustained rainfall.

Total 16 rivers in Jiangxi and Anhui were struck by above-warning-level floods on Saturday, said the ministry.

According to the ministry, coordinated operation of reservoirs in the upper reaches of the Yangtze River will be carried out to reduce the amount of water flowing into the Three Gorges Dam and relieve flood control pressure in the middle and lower reaches of the river.

The Three Gorges Dam on Thursday saw the arrival of the Yangtze River's first flood of the year, with a flow rate of 50,000 cubic meters of water per second.

Local authorities were urged to step up the monitoring of weather and patrolling of dikes, reservoirs and hydropower stations.

China has a four-tier flood control emergency response system, with level I representing the most severe.

The country's national observatory on Saturday renewed a blue alert for rainstorms.