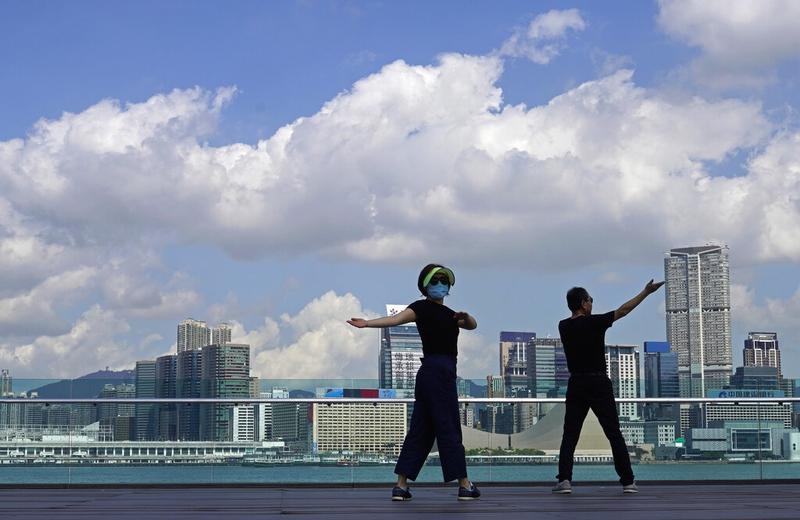 The new patients involved 40 males and 24 females aged between seven and 76. Among them, 47 had travel history during the incubation period and 26 are overseas students.

At lesat five new patients who did not have travel record are among the group of 50 people infected in bars, making the related cluster the largest one in the city. The five include two customers, two workers at bars and those who had close contacts with employees there.

The new patients involved 40 males and 24 females aged between 7 and 76. Among them, 47 had travel history during the incubation period and 26 are overseas students

Briefing the media about the epidemic, Head of the Communicable Disease Branch of the Centre for Health Protection of the Department of Health Chuang Shuk-kwan warned bars are places of high risk of infections as cases revealed so far could be traced back to bars not only in Lan Kwai Fong, but also Tsim Sha Tsui, Wan Chai and Soho district in Central.

Hospital Authority Chief Manager (Patient Safety and Risk Management) Sara Ho said there were 396 confirmed patients being treated at 14 hospitals. She urged those being notified of their positive test results to wait at home for government transport and not to go to emergency rooms of hospitals by themselves, Ho said.

Ho also said that another 400 beds in isolation wards will be put in use next week.

Meanwhile, Macao recorded a new case of infection, bringing the tally in the special administrative region to 35. A 19-year-old man returned from London was confirmed to have been infected. He took a flight, VS206, which arrived at Hong Kong International Airport on March 27. He was taken back to Macao by Macao government via designated bus from the airport.

Macao also recorded a suspected case involving a 21-year-old male student who studies in Portugal. He developed symptoms on March 17, one day after he tested negative for the virus on his return to Macao from Hong Kong through the Hong Kong-Macao-Zhuhai Bridge.