A new 'year zero' to build the world anew 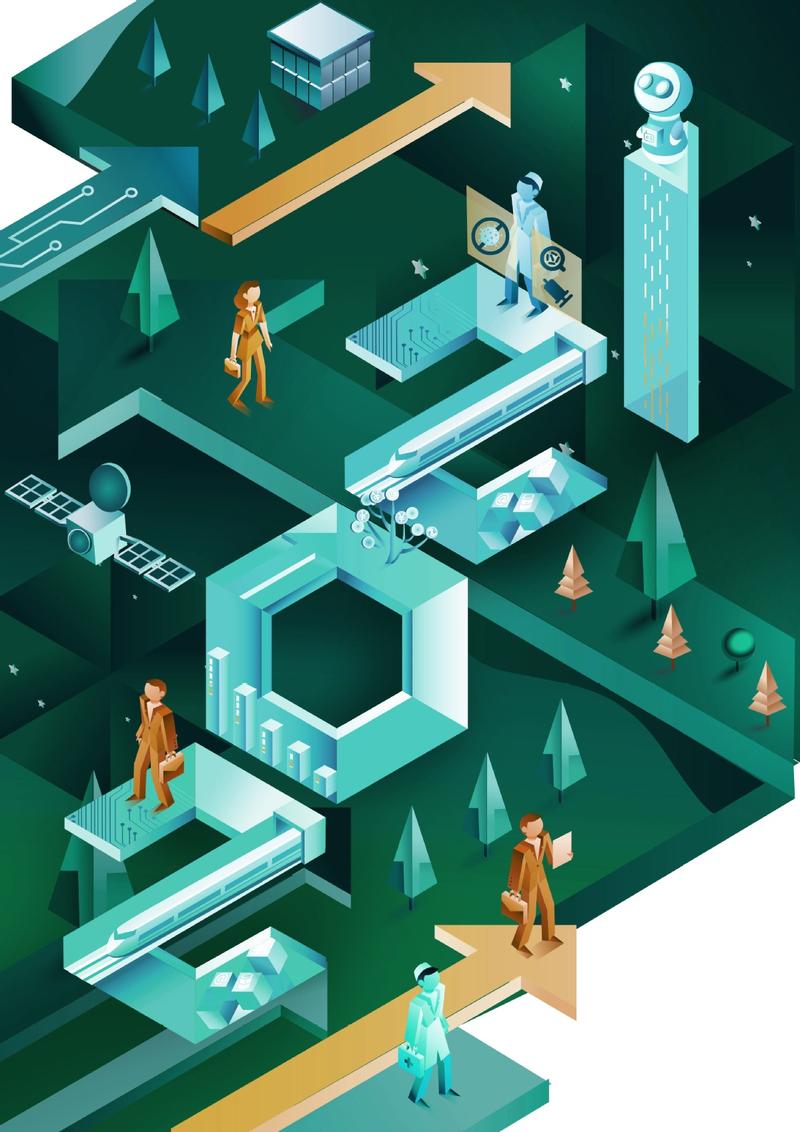 The year ahead could be a historic one－and in a positive way. Seventy-five years after the original "year zero" that followed World War II, we once again have a chance to rebuild.

The process after 1945 was literal: building anew from the wreckage of war. This time, the focus is on the material world but also on so much more. We must aim for a higher degree of societal sophistication and create a sound basis for the well-being of all people and the planet.

After World War II, we developed a new economic philosophy grounded in collaboration and integration, with material well-being as its primary objective. This project gave rise to international organizations such as the World Bank, International Monetary Fund and the Organization for Economic Cooperation and Development, as well as the arrangements that would evolve into the World Trade Organization and the European Union. Neoliberalism－a staunch commitment to free markets and limited government－reigned in the West, where it delivered decades of prosperity and progress.

But this model has broken down. While the COVID-19 pandemic has delivered the final blow, it has been clear for at least two decades that the postwar model is no longer sustainable, environmentally or socially (owing to today's sky-high levels of inequality).

The English historian Thomas Fuller famously said that "the darkest hour of the night comes just before the dawn". And yet we cannot simply assume that a better year will follow an annus horribilis that brought the greatest public health crisis and the steepest recession in a century. We must act to make it so.

I see three pillars to build on. First, 2021 could be the year when we bring COVID-19 under control. If current predictions hold, several vaccines will become available next year. If they allow us to beat back the pandemic, we should undertake a reckoning of what we have learned from this crisis. And although vaccines can bring stability, they are not a panacea.

Like a peace settlement that ends but does not reverse the devastation of war, stopping the pandemic is merely a first step. The greater challenge will be to fix the structural flaws in our systems and institutions, many of which have failed to provide the necessary care and services to all those who need them.

It will be up to all of us to ensure that our social welfare and healthcare systems are made more resilient for the next generation. The pandemic has reminded us that we cannot aim solely for higher GDP and profits, on the assumption that maximizing these indicators automatically redounds to the benefit of society. It doesn't, which is why the coming year must be one of "Great Reset" in how we approach economic growth and governance.

Second, 2021 will be the year when every major government, as well as broad private sector coalitions, commit to a "net-zero" target for greenhouse-gas (GHG) emissions. Which means that, rather being stuck in a race to the bottom and fearing a continuous "free-rider" problem, the world can benefit from a virtuous cycle of decarbonization.

The European Union has already agreed to "enshrine 2050 climate neutrality in law", China has pledged to become "climate neutral by 2060," and Japan has made a similar pledge for 2050. With Joe Biden having been elected president, the United States is expected to rejoin the Paris climate agreement and aim for 100 percent clean energy and net-zero emissions by 2050.

These commitments amount to a historic development. China, Japan, the US and Europe together account for well over half of all GHG emissions, and over half of global GDP.

The targets outlined in the Paris Agreement are now eminently achievable on a national and regional level. Also, a series of industry and corporate commitments now complements government efforts. Never before has the global climate movement been so large and so concrete.

Finally, 2021 will be the year when companies pivot from a strictly short-term-profit orientation toward strategies focusing more on the long-term viability of their businesses, and on the interests and contributions of all stakeholders.

Again, this is a historic breakthrough that will have global ramifications. The big four accounting firms－Deloitte, Ernst& Young, KPMG and PricewaterhouseCoopeers－all contributed to the new metrics, and can now incorporate them into their own yearly reporting on company performance. And they are joined by a host of large financial institutions, from Bank of America to BlackRock, which have been increasingly vocal supporters of stakeholder capitalism.

These three major developments－a renewed focus on public health and resilience, net-zero emission pledges, and the arrival of metrics－all but ensure that 2021 will be a new "year zero". As in the aftermath of World War II, the building blocks are already in place, providing a foundation on which to construct a new era of improved well-being, inclusive economic growth, and climate action.

The author is founder and executive chairman of the World Economic Forum.