A health worker speaks to arrivals at a COVID-19 vaccination hub at the Brisbane Convention and Exhibition Centre in Brisbane on Aug 17, 2021. (PATRICK HAMILTON / AFP)

MANILA / HANOI / SINGAPORE / SYDNEY / NEW DELHI / KUALA LUMPUR - Health authorities of Australia's state of Queensland on Friday urged residents to get up to date with their vaccinations as the state is seeing an increasing number of COVID-19 infections.

Queensland Chief Health Officer John Gerrard said the number of positive cases had risen in the past week and was expected to keep trending upward until the fourth wave peaked.

Reported positive cases between Nov 30 and Dec 7 reached 13,632, which is an increase of 21 percent compared to the week prior, while the number of hospitalizations remained the same, according to the chief health officer.

He said a large number of people aged over 60 not up-to-date with their vaccinations are being infected.

"People in this group are at significant risk of severe illness if they contract COVID-19, so it is vital they receive four doses of the vaccine," he said.

Data from the Australian government's Department of Health and Aged Care showed that in the week as of Dec 7, Queensland, compared to other jurisdictions, witnessed the largest increase rate in the average daily cases compared to the previous week. 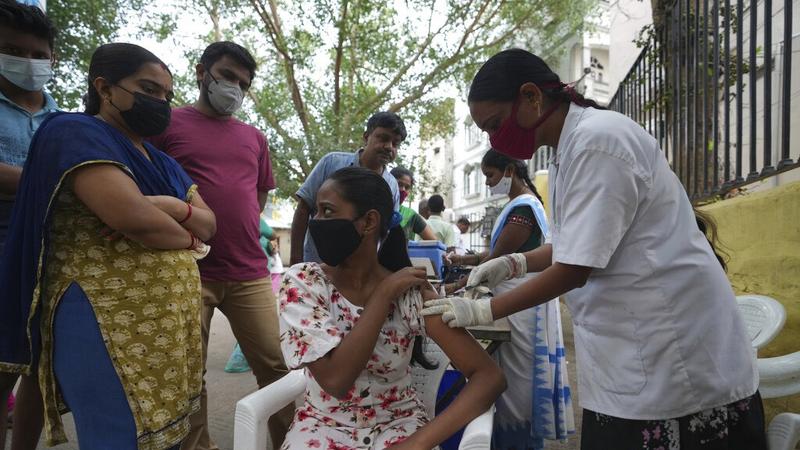 A health worker administers Covishield vaccine for COVID-19 at a vaccination center in Hyderabad, India on July 15, 2022. (MAHESH KUMAR A. / AP)

According to federal health ministry data released on Friday morning, 249 new cases of COVID-19 were reported during the past 24 hours, and the active caseload stands at 4,228.

The country also logged six related deaths during the past 24 hours, pushing the overall death toll to 530,653 since the beginning of the pandemic, the ministry said.

Malaysia reported 1,616 new COVID-19 cases as of midnight Thursday, bringing the national total to 5,006,855, according to the health ministry.

There is one new imported case, with 1,615 cases being local transmissions, data released on the ministry's website showed.

Another four deaths were reported, pushing the death toll to 36,742.

Pakistan reported 18 new COVID-19 cases and one more death over the past 24 hours, the country's Ministry of Health said on Friday.

According to data released by the ministry, the overall tally of infected people increased to 1,575,425 across the country after adding the new cases.

A total of 30,635 people died of COVID-19 in Pakistan, with one more death recorded on Thursday, according to the ministry's statistics. 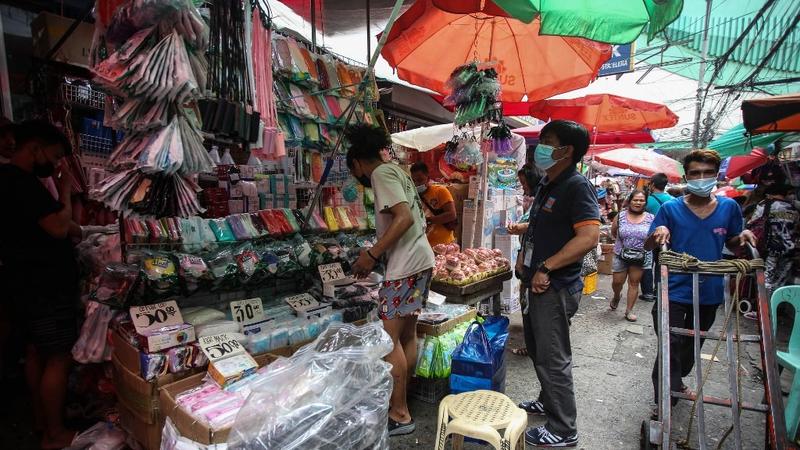 A man shops for face masks in Divisoria, a local shopping district in Manila on May 17, 2022. (JAM STA ROSA / AFP)

The Philippines reported 1,483 new COVID-19 infections on Thursday, bringing the total number of confirmed cases in the Southeast Asian country to 4,045,358.

The Department of Health said the number of active cases rose to 17,994, while 26 more patients died from COVID-19 complications, taking the country's death toll to 64,820.

A total of 122 cases are currently warded in hospitals, with six of them held in intensive care units, according to statistics released by the country's Ministry of Health.

No new death from COVID-19 was reported on Thursday, making the death toll stay unchanged at 1,707.

Vietnam recorded 528 new COVID-19 cases on Thursday, up 28 from Wednesday, according to the country's Ministry of Health.

All the new cases were locally transmitted, said the ministry.

The new infections brought the total tally to 11,519,539. The Southeast Asian country reported no new deaths from the pandemic on Thursday, with the total fatalities staying at 43,178.