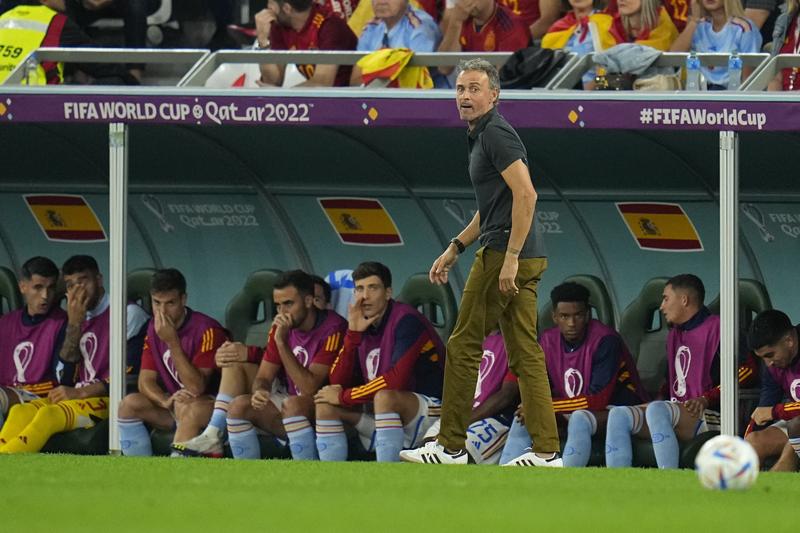 DOHA - Luis Enrique was sacked as Spain coach on Thursday after the team's elimination in the last-16 at the World Cup with the country's under-21 manager Luis de la Fuente named as his replacement by the Spanish football federation (RFEF).

Spain were beaten on penalties by Morocco after a goalless draw on Tuesday in an upset result after failing to turn their dominance into a victory.

"The RFEF has chosen Luis de la Fuente as the new (Spain) coach," RFEF said in a statement.

Luis Enrique, who was first appointed Spain coach in 2018, had a contract until the end of the year, and he is the fourth manager to get sacked after their teams were eliminated at the World Cup in Qatar

"The ... RFEF has delivered to the president a report in which it determined that a new project should start for the Spain national team, with the aim of continuing the growth achieved in recent years thanks to the work carried out by Luis Enrique (and the staff).

"Both the RFEF president Luis Rubiales and sports director, Jose Francisco Molina have informed Luis Enrique of the decision. The RFEF would like to thank Luis Enrique and his entire coaching staff for the work done in the last few years."

The 52-year-old said after the Morocco match that he was to blame for the defeat. Luis Enrique, who was first appointed Spain coach in 2018, had a contract until the end of the year.

He is the fourth manager to get sacked after their teams were eliminated at the World Cup in Qatar.

De la Fuente, 61, joined the RFEF in 2013 as the under-15 manager having worked with players like Marco Asensio, goalkeeper Unai Simon, Eric Garcia, Pau Torres, Pedri, Carlos Soler and Dani Olmo when they were youngsters.