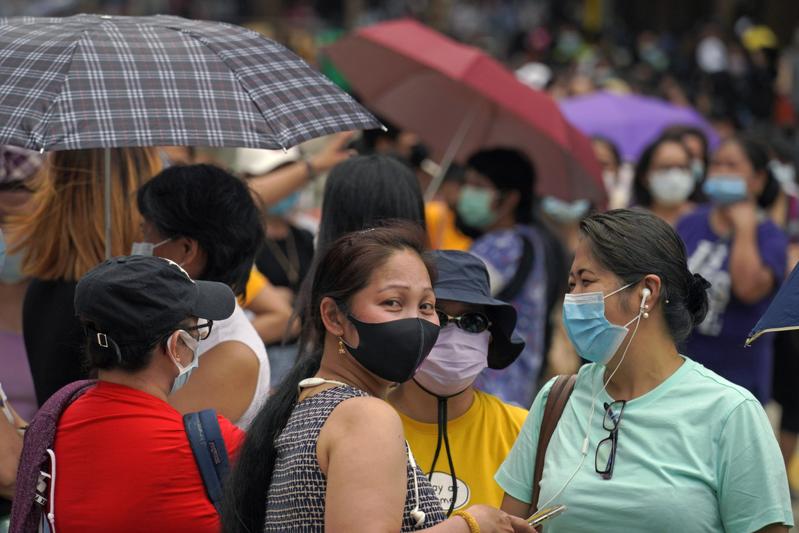 In this May 1, 2021 photo, foreign domestic helpers line up at the temporary testing center for COVID-19, in Hong Kong. (KIN CHEUNG / AP)

HONG KONG – Starting Friday, foreign domestic helpers coming to work in Hong Kong on or after Dec 2 are only required to undergo daily rapid antigen tests until Day 5, instead of the current Day 7 after arrival, according to the Labour Department.

Under the new arrangement announced on Thursday, the testing requirement of undergoing a nucleic acid test upon arrival and on Day 2 after arrival remains unchanged.

“In view of the conditions of individual families, the Commissioner for Labour has given in-principle approval for employers to choose to arrange foreign domestic helpers to stay at licensed hotels or guesthouses during those five days,” said a spokesman for the Labour Department.

Upon arrival, helpers are subject to amber code restrictions under the Vaccine Pass

There is no need to make an application to the department to make such an arrangement, but employers who opt for this plan should bear the accommodation expenses and provide a food allowance to their helpers for this period, the spokesman added.

As for helpers arriving in Hong Kong before Dec 9 who are still staying at licensed hotels or guesthouses for the three-day medical surveillance and four-day self-monitoring, they can continue to stay at the hotel or guesthouse for not more than seven days to complete the course.

Upon arrival, helpers can work at their employers’ residence and take transportation, enter supermarkets and markets, but they are subject to amber code restrictions under the Vaccine Pass, meaning they cannot enter high-risk premises involving mask-off or group activities as well as other premises requiring key protection.

Helpers coming to work in Hong Kong still need to present proof of a negative RAT result conducted within 24 hours prior to the scheduled departure time as well as complete the online declaration prior to boarding a flight, the department added.

On Thursday, the special administrative region government announced that isolation period for people infected with COVID-19 and their close contacts will be cut to five days starting Friday.

However, those who are infected and their close contacts still need to do daily rapid antigen tests for five days and the existing social-distancing measures and mask mandate in public places will remain in place until Dec 28.