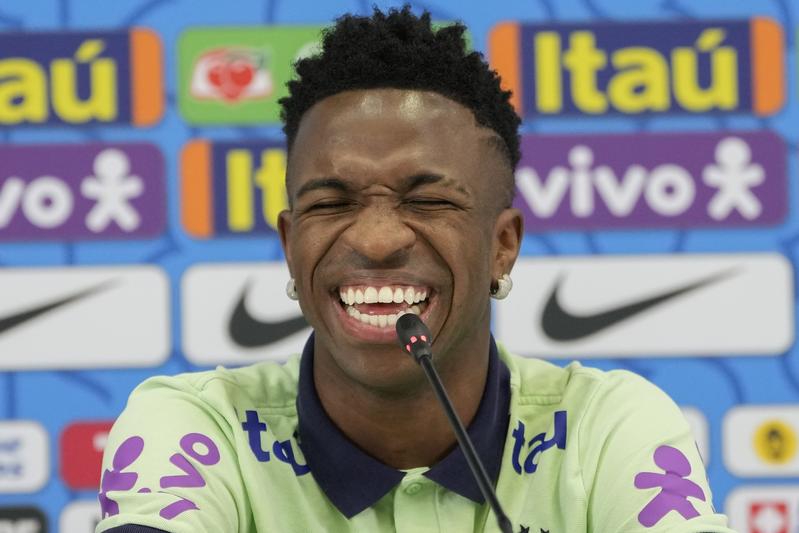 DOHA - Vinicius Junior has singled out Real Madrid manager Carlo Ancelotti as a key reason for his growing importance to Brazil's national team.

The 22-year-old has started three of Brazil's four matches at the FIFA World Cup in Qatar, scoring a goal and providing two assists so far.

Before the tournament, the former Flamengo forward was unsure if he would be in the starting eleven despite his impressive form for Real Madrid.

Vinicius Junior, who has scored 46 goals and provided 48 assists in 191 games for Real Madrid, revealed Ancelotti has been sending him regular messages in Qatar

"I talked with Ancelotti and he gave me a lot of advice to help me become a starter with Brazil. He gave me a lot of confidence," Vinicius said on Wednesday. "He has always been tough with me when he needs to be. He is like a father to me."

Vinicius, who has scored 46 goals and provided 48 assists in 191 games for Real Madrid, revealed Ancelotti has been sending him regular messages in Qatar.

"He is good not only with the technical aspects of the game but also with how he deals with his players," he said. "I have been improving a lot and Ancelotti has helped me with that. He and [Brazil coach] Tite are very similar and they talk to each other a lot."

Vinicius also had words of gratitude for Real Madrid teammate Luka Modric, who will be his opponent when Brazil meet Croatia in their quarterfinal on Friday.

"He is always teaching me things, on and off the pitch," Vinicius said. "He helps me every day, making sure I'm always improving. He is a reference to me, playing at a high level at 37 years old, that is something rare. I'm happy that I'll be playing against him, and let the best team win."