US drops charges against Meng Wanzhou 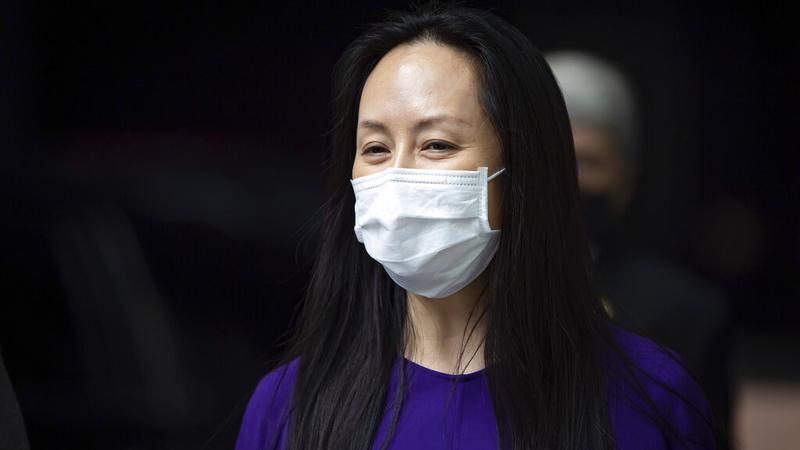 Meng Wanzhou, chief financial officer of Huawei, returns to BC Supreme Court after a break in her extradition hearing Aug 18, 2021, in Vancouver, British Columbia. (DARRYL DYCK / THE CANADIAN PRESS VIA AP)

The US Justice Department has dropped all charges against Huawei executive Meng Wanzhou, who was held by Canada on a US warrant for Iran sanctions-related charges for nearly three years, which strained relations not only between the US and China, but also Canada and China.

US District Judge Ann Donnelly on Friday dismissed Meng's indictment with prejudice, which means it cannot be brought again in court.

Meng, the daughter of Ren Zhengfei, founder of the Chinese telecoms giant, was Huawei's CFO when she was arrested in Vancouver in December 2018

Meng, the daughter of Ren Zhengfei, founder of the Chinese telecoms giant, was Huawei's CFO when she was arrested in Vancouver in December 2018. She had been accused of bank fraud and other crimes for misleading global bank HSBC Holdings Plc about the company's business in Iran to obtain banking services in violation of US sanctions.

The US formally asked Canada to extradite Meng in 2019, but she remained there under house arrest until Donnelly approved her deferred prosecution agreement with the US.

The Justice Department said Friday that Meng had completed the period of the agreement without violating it and so the charges were fully dropped.

Meng was freed in 2021 after reaching the agreement for charges against her to be dismissed on December 1, 2022, four years from the date of her arrest in British Columbia on a US warrant.

Meng flew home to Shenzhen on the day it was approved.

During the period that Meng was held under house arrest, Washington intensified a campaign against the use of Huawei equipment in the US and by allies, saying it posed deep security threats.

Huawei is still charged in the case, which is pending in US District Court in Brooklyn, New York. No trial date has been set and a status conference is scheduled for Feb 7. It has pleaded not guilty.