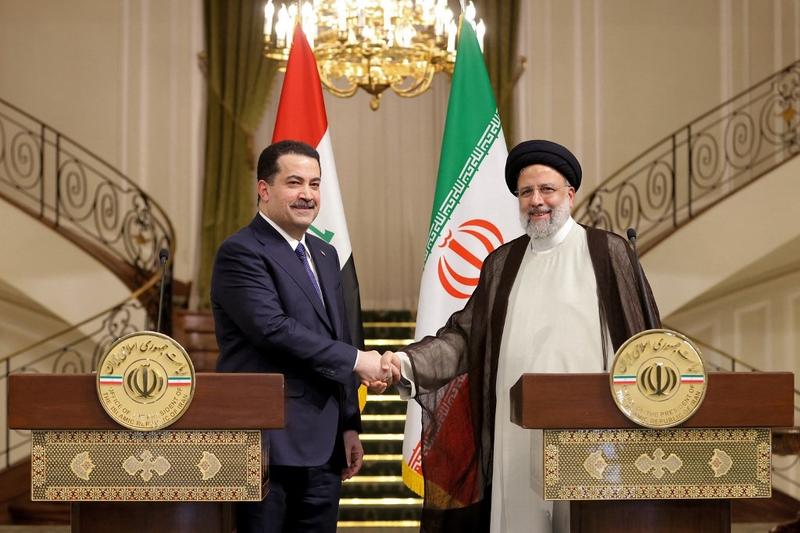 Making the remarks in a joint press conference with visiting Iraqi Prime Minister Mohammed Shia' al-Sudani, the Iranian president said that security, peace and stability in the region are very important for both governments.

"Therefore, fighting terrorist groups, organized crimes, drug trafficking and any insecurity that threatens the region is part of the agreements and common will of the two countries," he said after the meeting with al-Sudani who arrived in the capital Tehran earlier in the day.

"The presence of foreigners in the region does not create security in any way, rather it adds to problems," Raisi said.

Just as the Americans' presence in Afghanistan and Iraq was not a factor that contributes to security, their presence is not an advantage in other parts of the region, and their (American forces') withdrawal from the region can definitely contribute to the region's security, he added.

As to economic and commercial cooperation, Raisi said the Iraqi delegation's visit can facilitate the dealing of the monetary and banking issues as well as electricity and gas exports to Iraq.

Raisi said al-Sudani's visit was a turning point in the relations between the two countries, hoping that the visit will be a big step towards improving relations.

For his part, al-Sudani said that his visit to Tehran is aimed at discussing bilateral economic, political and security issues as well as reviewing the latest international developments.

He stressed that his government would not allow Iraq to become "the starting point for harming the countries of the region", said al-Sudani.

He also emphasized the importance of carrying out cooperation to fight against terrorism and drugs.

"We respect Iran's stance in supporting Iraq in the export of electricity, and urge that the export continue until the completion of Iraq's electricity and gas production projects," said al-Sudani.

Talks regarding the export of Iran's crude oil and its by-products to Iraq will be held between the officials of the two countries in subsequent meetings, he said.