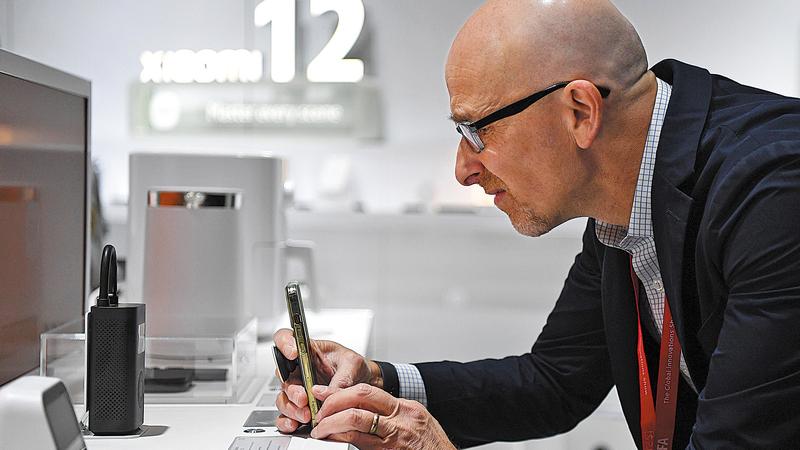 A visitor takes a photo of a product of the Chinese tech company Xiaomi Corp at the German tech fair IFA 2022 in Berlin on Sept 2. The event, which ran from Sept 2 to 6, attracted 1,100 exhibitors from 46 countries and regions. (Ren Pengfei / Xinhua)

HAIKOU - Ever bought your cat food made from squab? Or tried a lollipop that can sing? These are just some of the innovative Chinese products that may blow your mind.

Thanks to the continued upgrading of the manufacturing sector and an outburst of innovative ideas, many Chinese products have, in recent years, become trendsetters in the consumer market.

At the 2022 Boao Forum for Entrepreneurs held in south China's Hainan province, Chinese entrepreneurs and experts discussed how the innovation of domestic brands can create new waves of domestic consumption

At the 2022 Boao Forum for Entrepreneurs held in south China's Hainan province, Chinese entrepreneurs and experts discussed how the innovation of domestic brands can create new waves of domestic consumption.

"Cat food is usually made from chicken, beef, or fish. We are the first producer to make cat food from squab to cater to cats' taste," said Jin Guoqing, CEO of JIA PETS, a pet food producer.

During this year's Singles' Day shopping spree, sales of domestic products have increased significantly. More than half of the 102 brands with a turnover of over 100 million yuan (about $14 million) within the first hour of sales were domestic ones.

While gaining popularity among Chinese consumers, many domestic brands have ventured to overseas markets and cultivated a strong following there.

Amos, an innovative candy producer in China, has sold its products in more than 50 countries and regions, including the United States, Canada, and Japan.

Amos' "4-Dimensional" gummy has become an instant hit, while its lollipop can "sing" inside an eater's mouth.

Ma Enduo, the founder of Amos, said that innovation and branding are the keys to the company's success, and Amos fully respects intellectual property rights in innovation.

A report jointly released by internet giant Baidu and a research institute under People.cn last year showed that Chinese people's interest in domestic products soared by 528 percent compared with 10 years ago.

Improvements in quality and branding have injected impetus into domestic products in various sectors, including clothing, automobiles, and cosmetics, with their popularity triple that of foreign counterparts last year, said the report.

"In the future, continuous innovation in products and services to meet demands and create new ones will be the key to the long-term development of domestic products," said Wang Yun, a researcher with the Chinese Academy of Macroeconomic Research.