Moriyasu: Japan wants to build style by learning from others 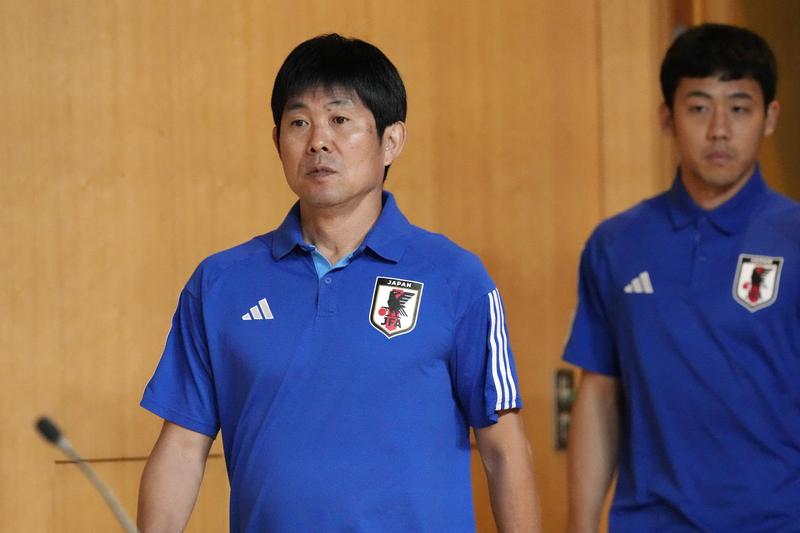 AL RAYYAN, Qatar - Japan want to build their own style of soccer by learning from other countries, coach Hajime Moriyasu said on Saturday after the Bundesliga players in his squad stepped up to beat four-time champions Germany in the World Cup opener.

Eight players of the Japan squad play for clubs in Germany's top two divisions and it was goals from Freiburg's Ritsu Doan and VfL Bochum's Takuma Asano that gave them the stunning come-from-behind 2-1 victory against Germany.

The Japanese, competing at their seventh World Cup, are strongly placed to reach the knockout phase in successive tournaments for the first time.

After suffering a 7-0 hammering at the hands of Spain, Costa Rica will be eager for a response and show its full strength, Japan's head coach Hajime Moriyasu said

Japan wants to build its own style by also learning from other countries," coach Moriyasu told reporters ahead of Sunday's Group E match against Costa Rica.

"We have eight players in the German leagues, we are grateful to German football for their cooperation.

"Their coaches and our players (playing in Germany) have been helping us to grow and we continue learning from them."

READ MORE: Japan come from behind to stun Germany 2-1

Japan is second in Group E with three points, behind leaders Spain on goal difference. The Asian giants face bottom-placed Costa Rica on Sunday, with a victory assuring them of a spot in the knockouts if Germany fail to win against Spain.

After suffering a 7-0 hammering at the hands of Spain, Costa Rica will be eager for a response and show its full strength, Moriyasu said.

"The Costa Rica team have high physical performance and can play in an organized manner, that's what we have observed," he said. "They are a good team.. even for us it will be a crucial second match."

The Japanese coach would like his team to transition better from attack to defense.

"Sometimes that is difficult to do when you are playing someone strong, but we would like to hold the ball as much as possible and also control the game."