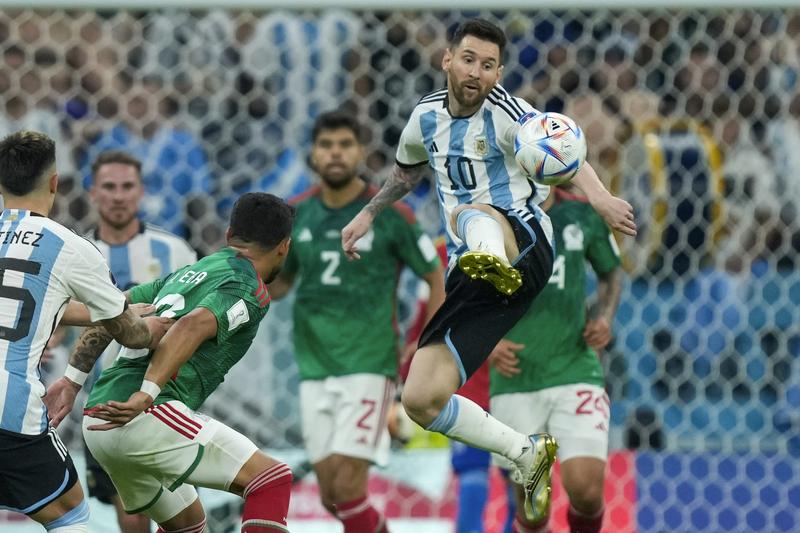 LUSAIL, Qatar - Lionel Messi kept his dream of winning his first World Cup alive by rifling in the opening goal in Saturday's 2-0 victory over Mexico in World Cup Group C, proving he was far from done in the tournament.

The Argentine, competing in his fifth World Cup at age 35, has won every other major title in his career but has failed to lift the coveted trophy despite making the final in 2014.

But his 64th minute strike that was followed by substitute Enzo Fernandez's sublime effort three minutes from time, reignited their hopes of advancing past the group stage after their shock 2-1 loss to Saudi Arabia in their opener.

Today starts another World Cup for Argentina. I tell people the same thing, that they continue to believe. Today we did what we had to do.

Messi, who equaled Diego Maradona's Argentina record of 21 matches and eight goals at the World Cup, was nowhere to be seen for more than an hour before picking up an Angel Di Maria pass, finding just enough space and rifling in from 20 meters.

Substitute Fernandez made sure of the victory when he curled a superb shot into the top corner.

Argentina, on three points, can guarantee progress with a win over Poland, top on four, in their final game on Wednesday.

"Today starts another World Cup for Argentina," Messi said. "I tell people the same thing, that they continue to believe. Today we did what we had to do.

"We had no other choice. We had to win so that we depended only on ourselves.

"The first half we didn't play as we should and in the second, when we calmed down, we started to play the ball better and until the goal we went back to being what we are," he said.

Mexico, who have now lost all four World Cup clashes with Argentina, have one point and must beat Saudi Arabia, on three, to have any chance of continuing their run of making the last 16 in the last seven World Cups, but even that might not be enough. 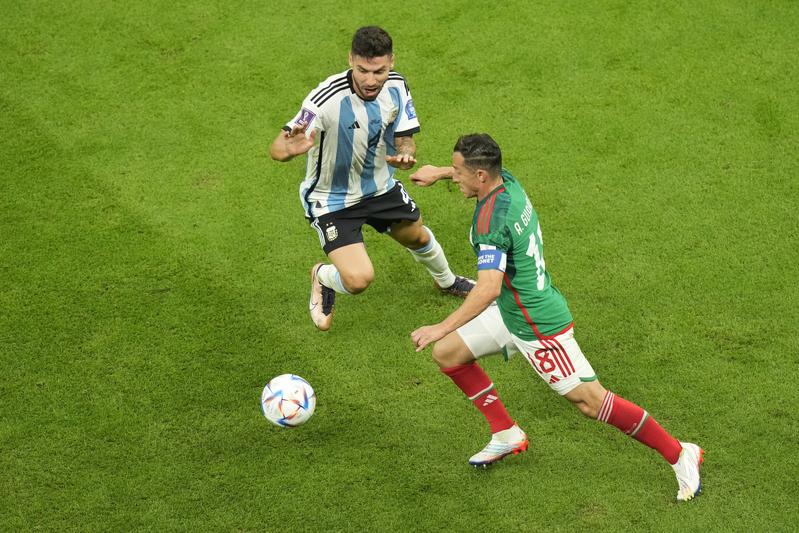 With the prospect of an Argentina elimination, tensions were high on and off the ball in a scrappy first half but with the two sets of fans creating an electric atmosphere in the stadium.

Neither team wanted to commit too many players forward and apart from a free kick by Mexico's Luis Chavez in the ninth minute that sailed past the goalmouth there were few chances.

Mexico's high pressing game stifled most of their opponents' attack and Messi struggled to find any space to maneuver in a congested midfield. 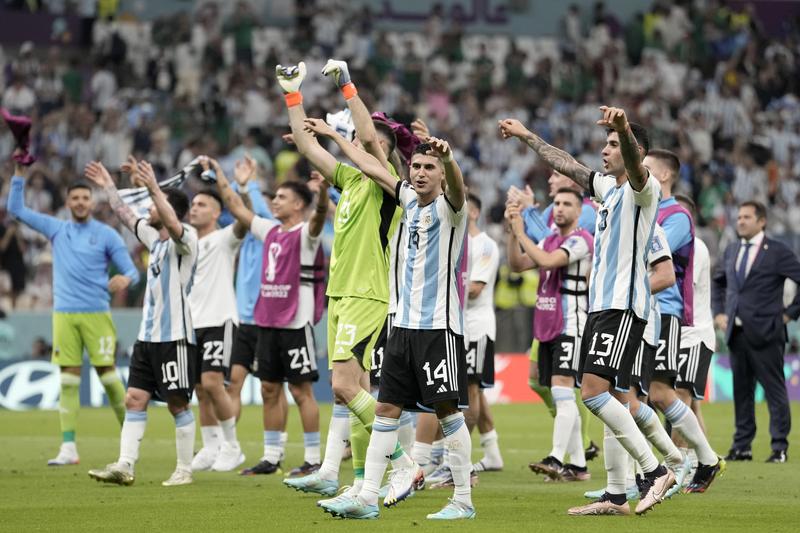 Argentina players celebrate at the end of the World Cup group C soccer match between Argentina and Mexico, at the Lusail Stadium in Lusail, Qatar, Nov 26, 2022. (MOISES CASTILLO / AP)

Apart from a Lautaro Martinez effort that was well off the mark and another from Messi, Argentina was toothless up front.

But in a major blow to Mexico, skipper Andres Guardado, a veteran of five World Cups who until then had been a commanding presence in midfield, had to be taken off injured in the 42nd.

The Mexicans still carved out two more chances with Alexis Vega before the break but the tables would turn in the second half.

The South Americans looked more determined after the break and their captain and talisman dragged them out of trouble with his second goal of the tournament.

The stadium erupted in cheers once more with Fernandez's late strike which sealed Argentina's first win in the tournament and rekindled Messi's hopes of a first ever World Cup title that would match that of the late Maradona from 1986.