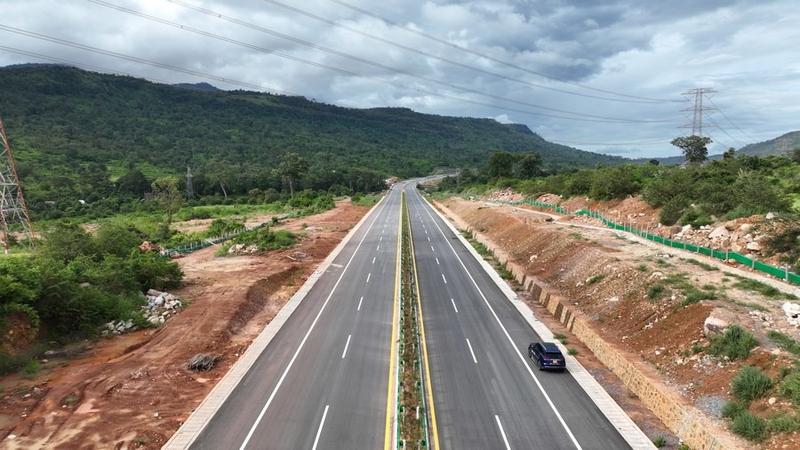 The China-proposed Global Development Initiative, or GDI, will create a platform for joint growth and see more benefits go to Cambodia thanks to its cooperation with China to build a community with a shared future, officials and business leaders say.

Yara said that the GDI, proposed by Chinese President Xin Jinping in September 2021, complements Cambodia’s national development strategy and its vision to become a higher-middle income country by 2030 and a high-income country by 2050.

Sun Chanthol, Cambodia’s senior minister and minister of public works and transport, said he deeply appreciated the support from China, both government and private sector, which have invested heavily in Cambodia’s infrastructure

“Cambodia is a strong supporter of China’s global and regional multilateral initiatives … because these initiatives are inclusive and based on win-win cooperation and partnership,” said Yara.

A case in point is the recent opening of a Chinese-invested expressway in Cambodia.

With investment from the China Road and Bridge Corporation, the US$2 billion Phnom Penh-Sihanoukville Expressway was opened to the public on Oct 1 for a month’s trial use for free, according to Xinhua News Agency.

The 187-kilometer-long expressway connects the capital and the deep-sea port province of Preah Sihanouk.

With two lanes for traffic in each direction plus an emergency lane on each side and paved with asphalt concrete, vehicles will be able to reach their destination in about two hours on the expressway, instead of five hours on National Road 4.

Sun Chanthol, Cambodia’s senior minister and minister of public works and transport, said he deeply appreciated the support from China, both government and private sector, which have invested heavily in Cambodia’s infrastructure.

“We also benefited from the Belt and Road Initiative from China to build the expressway between Phnom Penh and Sihanoukville … so we can (connect the) two economic poles, the Phnom Penh economic pole with the Sihanouk economic pole, so that is extremely important,” Chanthol said.

Chanthol said most of the roads in Cambodia will be upgraded from two lanes to four lanes with China’s support.

Chinese companies are also carrying out feasibility studies on many other projects in Cambodia, including canals, railways and metros, said Chanthol.

Lin Shiqiang, chairman of the Chinese Chamber of Commerce in Cambodia, said Chinese companies have played an active role in the building of China-Cambodia community of shared future by injecting a new impetus into bilateral trade and development.

Lin Shiqiang, chairman of the Chinese Chamber of Commerce in Cambodia, said Chinese companies have played an active role in the building of China-Cambodia community of shared future by injecting a new impetus into bilateral trade and development

Next year, China and Cambodia will mark 65 years of diplomatic ties and the completion of their first five-year action plan of building a China-Cambodia community with a shared future.

“The construction of new infrastructure projects like the Phnom Penh-Sihanoukville Expressway, the Siem Reap Angkor International Airport and the Huadian Sihanoukville Power Plant also demonstrated the determination of Chinese companies to invest and develop in Cambodia,” Lin said.

He said the China-Cambodia free trade agreement came into effective on Jan 1, adding that China remained the biggest trading partner of Cambodia, with the bilateral trade volume reached US$5.99 billion in the first half of 2022, an increase of nearly 20 percent from the previous year.

Lin said the GDI focuses on people’s livelihood and development, adding that the close economic and trade cooperation between the two countries has created business opportunities for Cambodia’s agricultural industry and related products, helping local farmers to get out of poverty.

Cambodian lawmaker Yara said both countries have made remarkable progress implementing the action plan, especially in the field of infrastructure development and connectivity, trade and investment, strategic communication, and human resources development.

Yara said Cambodia is a strong supporter of open and inclusive regionalism and multilateralism, with international integration a key foreign policy objective. He also said the principle of GDI are compatible with those of Cambodia which include mutual respect, mutual benefits and inclusiveness.

Since the principle of the GDI is compatible with the development strategy of Cambodia and other countries in the Association of Southeast Asian Nations, Chheang Vannarith, president of Phnom Penh-based think tank Asian Vision Institute, said China has always walked the talk, which is why regional countries are not reluctant to support the initiative.

Besides infrastructure, Chheang said green development will also be a key area of cooperation between China and Cambodia because many Chinese companies are working on green technology and he hopes China can support Cambodia and the ten-nation bloc to develop green growth as well.