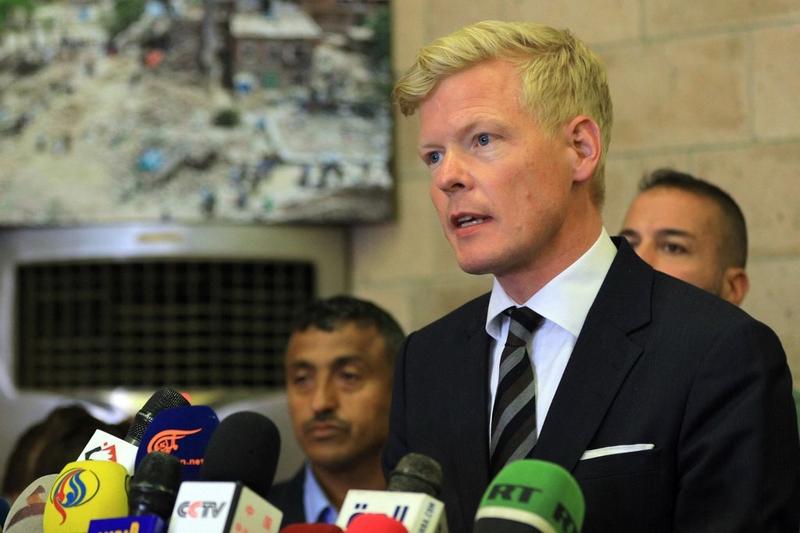 ADEN, YEMEN - The United Nations, through its special envoy to Yemen Hans Grundberg, stepped up diplomatic efforts to renew the existing truce between Yemen's warring parties to prevent any resumption of the country's years-long military conflict.

The UN-brokered truce between the Yemeni government and the Houthi rebels went into force on April 2, and was later renewed twice through Oct 2.

Currently, the United Nations is racing against time to persuade the Yemeni warring parties and regional powers to extend the truce for an extra six months.

In addition to extending the cease-fire agreement, the United Nations also seeks to expand its provisions.

Under the UN auspices, the Yemeni warring parties previously agreed to halt all offensive military air, ground and maritime operations both within Yemen and across its borders. They have also consented to the entry of fuel ships into Hodeidah ports and the operation of commercial flights into and out of Sanaa airport to predetermined destinations in the region.

According to the cease-fire agreement, the parties also agreed to meet under the UN auspices to discuss solutions regarding the opening of blocked roads into the besieged city of Taiz and other provinces in Yemen

According to the cease-fire agreement, the parties also agreed to meet under the UN auspices to discuss solutions regarding the opening of blocked roads into the besieged city of Taiz and other provinces in Yemen.

As part of the US intensified efforts to renew the truce in Yemen, Grundberg arrived in Yemen's capital Sanaa on Wednesday to discuss with leaders of the Houthi rebel militia the extension of the truce set to expire next week.

"The UN envoy left Sanaa's airport during the past hours and headed to Jordan following his meetings with the Houthi leaders, who laid down a number of conditions for agreeing to a truce extension," a local Yemeni official told Xinhua on condition of anonymity.

"The UN envoy left without receiving a clear response from the Houthi leaders regarding the UN proposal for a six-month extension of the truce," the source said.

Before visiting Sanaa, Grundberg also made several trips to countries in the region in an effort to push Arab leaders to support the renewal of the truce between the Yemeni government and the Houthi rebels.

Last week, Grundberg visited Saudi Arabia and met with Rashad Al-Alimi, president of Yemen's Presidential Leadership Council, during which the president and his government welcomed the UN efforts to extend and expand the truce, state news agency Saba reported.

Senior Saudi officials also met the UN envoy in Riyadh and "expressed the kingdom's strong support for the United Nations to extend the truce in Yemen in order to reach a comprehensive cease-fire and a lasting political settlement." 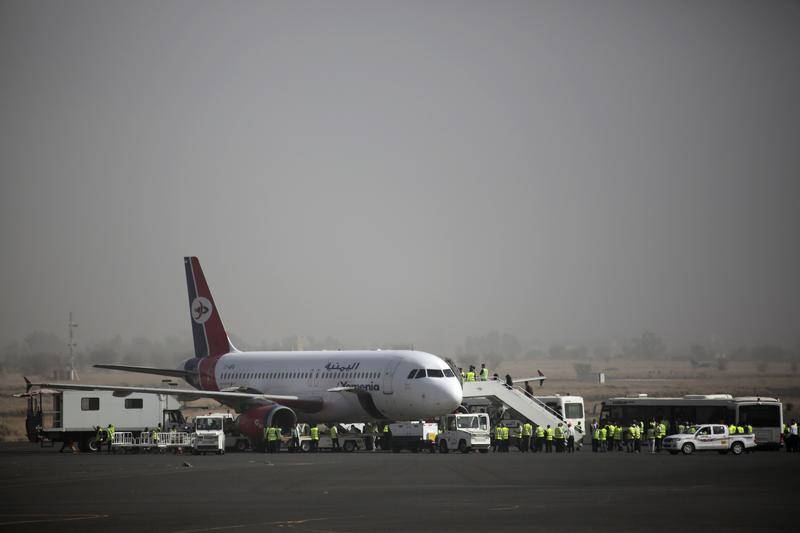 A Yemen Airways plane is prepared for departure as the first commercial flight at Sanaa airport, Yemen, May, 16, 2022. (HANI MOHAMMED / AP)

Gundberg's regional visits also included the Omani capital Muscat, where he met with a number of Omani officials and the Houthi chief negotiator Mohammed Abdulsalam.

During the meeting, Abdulsalam put forward the Houthi group's demands that the blockade on Sanaa airport and Hodeidah seaport "be completely lifted and all civil servants (in the Houthi-held cities) be paid," according to Houthi-run al-Masirah TV.

"Renewing the truce without implementing these demands would have no meaning," he said.

Thousands of civil servants in the Houthi rebel-controlled cities have not been paid for more than seven years.

On Wednesday, the Saudi-backed Yemeni government has received a UN proposal that suggested renewing the ongoing truce for an extra six months.

A Yemeni government official confirmed to Xinhua that Grundberg's proposal expanded the truce to include salary payment for all public employees in the war-ravaged Arab country and the opening of flights from Sanaa International Airport to five new destinations.

It also includes a full opening of the Red Sea port of Hodeidah to all oil derivatives shipments, he said.

The Sanaa airport and the port of Hodeidah remain under the control of the Houthi group.

The opening of some roads into the besieged city of Taiz and reopening blocked roads in other provinces are also part of the new proposal, according to the official.

"The government is still studying and discussing the UN proposal for extending the truce and made no official response so far," another official of the Yemeni government said.

"Parts of the new UN proposal for extending the truce contradicts the sovereignty of legitimate Yemeni government," he added.

Yemen has been mired in a civil war since late 2014 when the Iran-backed Houthi militia seized control of several northern cities and forced the Saudi-backed Yemeni government out of Sanaa.