By Xu Weiwei in Macao 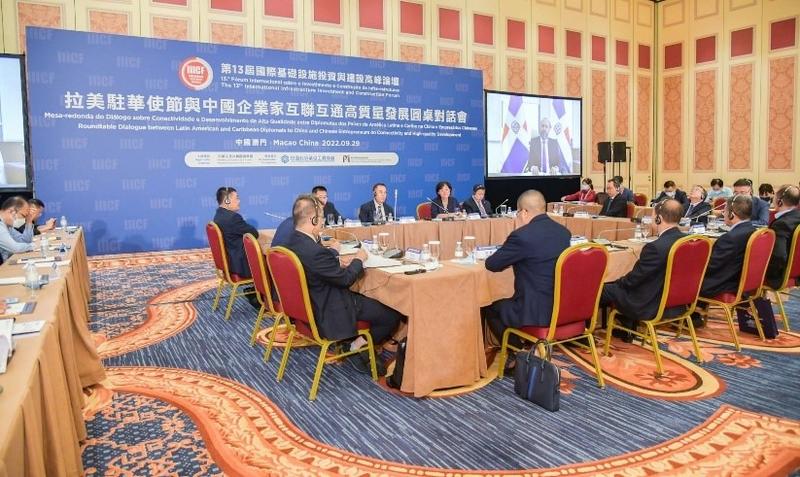 Participants speak at the Roundtable Dialogue between Latin American and Caribbean Diplomats to China and Chinese Entrepreneurs on Connectivity and High-quality Development as part of the 8th China-LAC Infrastructure Forum on Sept 29, 2022.  (PHOTO PROVIDED TO CHINA DAILY)

Innovative ways will enhance the high-quality upgrading of infrastructure cooperation between China and Latin American countries, said analysts and diplomats.

The Roundtable Dialogue between Latin American and Caribbean Diplomats to China and Chinese Entrepreneurs on Connectivity and High-quality Development was held in Macao on Sept 29 as part of the 13th International Infrastructure and Investment and Construction Forum.

Salvadoran Ambassador to China Aldonov Frankeko Álvarez said China is a global power, and Latin America’s exchanges with China support the economic prosperity of the region

Speakers explored the prospects of China-LAC cooperation in the green transition of the global energy sector, infrastructure cooperation development and innovative financial products.

In this welcoming remarks at the roundtable, Xin Xiuming, vice chairman of China International Contractors Association or CHINCA, said that green development is the “common aspiration” of China and Latin America. He added it is a “new bright spot” during the economic recovery in the post-epidemic era.

“Building green, environmentally friendly and sustainable infrastructure has become a hot topic in the field of international infrastructure,” he said. “The joint efforts of Chinese and Latin American enterprises in the fields of green infrastructure, green energy, and green finance to strengthen cooperation in energy conservation and emission reduction will help the two sides achieve the goal of carbon peaking and carbon neutrality.”

According to statistics of China's Ministry of Commerce, the value of newly signed contracted projects by Chinese enterprises in Latin America reached US$19.98 billion in 2021, an increase of 34.6 percent year-on-year, with turnover of US$7.97 billion, up 1 percent year-on-year.

On the other side, with its rich clean energy resources and large markets, Latin American countries offer China huge potential for cooperation, such as in the area of green infrastructure construction.

Carlos Larrea Dávila, Ecuador’s ambassador in China, said that Ecuador has a strategy of investing in infrastructure and its current projects add up to US$38 billion.

“Our investments are very diverse, such as government-enterprise cooperation, as well as government and private cooperation in PPP (public-private partnership) forms,” he said. “We welcome a variety of new investments, such as in the fields of mining, telecommunications, energy, green innovation and connectivity.”

He said that there are more than 100 Chinese companies operating in Ecuador. “Our aim is to expand the Chinese market,” Dávila noted.

Salvadoran Ambassador to China Aldonov Frankeko Álvarez said China is a global power, and Latin America’s exchanges with China support the economic prosperity of the region.

“Since the beginning of this century, most Latin American countries have set their sights on East Asia, on China, for new opportunities, “he said. “And we have tried to engage with China both bilaterally and multilaterally because China and us not only have common economic interests, but also face similar global issues such as climate change and the fight against terrorism.”

In order to strengthen cooperation with Latin America, China has launched a series of mechanisms and platforms, including the China-CELAC Forum. Latin American countries have also been invited to participate in the Belt and Road Initiative and have participated in various initiatives and activities, he added.

Briunny Garabito Segura, the Dominican Republic’s ambassador in China, said that his country has achieved economic recovery from the pandemic. He expected the country’s economic growth to reach between 5 percent and 5.5 percent this year, which will be the highest rate in Latin America. 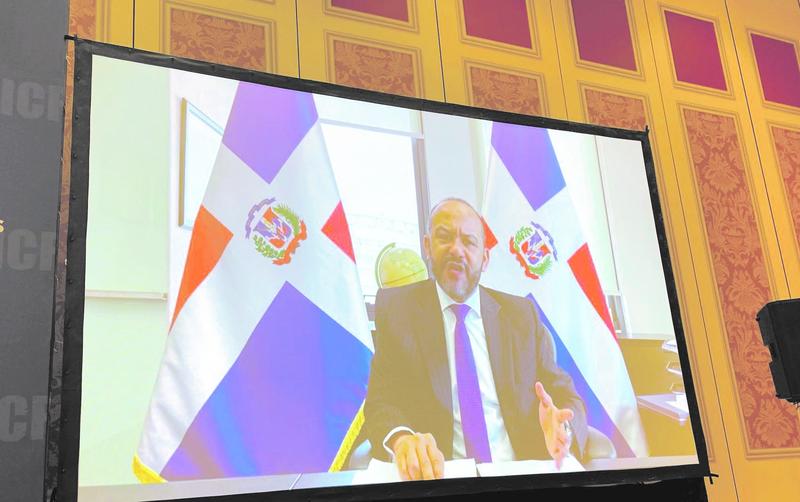 There has been development of new energy sources in the Dominican Republic, including wind power, biomass power etc. “We also hope to be able to further enhance and expand the existing power grid, so that our (power outage) can be further reduced,” he said.

The ambassador invited investors from across the world to go to his country, adding that the government has improved the overall business environment for both domestic as well as international investors.