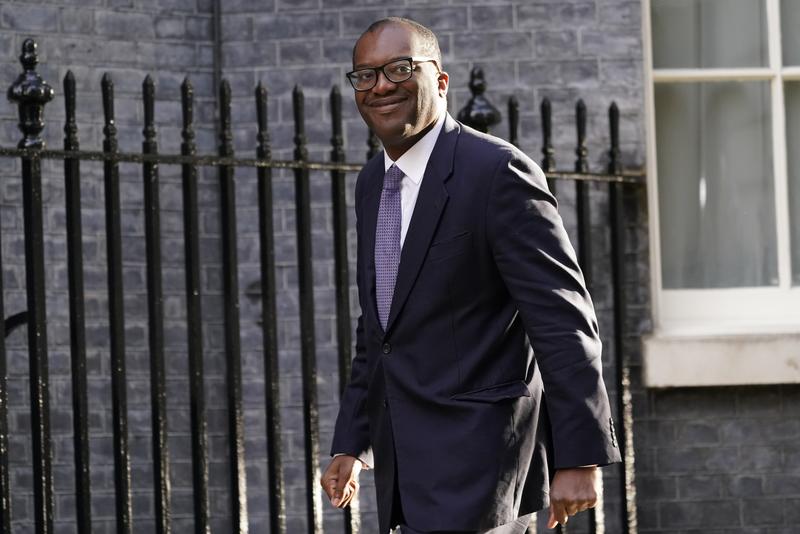 On Thursday the Bank of England said Truss's energy price cap would limit inflation in the short term but that government stimulus was likely to boost inflation pressures further out, at a time when it is battling inflation near a 40-year high

Truss beat former finance minister Rishi Sunak to the leadership of the Conservative Party – and with it, the job of prime minister – in large part by campaigning against tax rises which Sunak announced in the wake of the COVID-19 pandemic.

After a delay caused by the death of Queen Elizabeth – which came just hours after Truss set out a costly programme of subsidies to tackle soaring energy costs – Kwarteng will present parliament with the new government's programme around 9.30 a.m./ 0830 GMT.

Financial markets will also receive an initial price tag for the proposals, as the United Kingdom Debt Management Office will publish new borrowing plans after Kwarteng finishes his speech.

The market backdrop could barely be more hostile for Kwarteng. Sterling fell to its lowest against the dollar since 1985 on Thursday, while British government bonds recorded their biggest one-day fall since the start of the pandemic.

Much of the decline reflects the US Federal Reserve's rapid interest rate rises to tame inflation – which have sent markets into a tailspin – but some investors are also wary about Truss's willingness to borrow big to fund growth.

A Reuters poll this week showed 55% of the international banks and economic consultancies that were polled judged British assets were at a high risk of a sharp loss of confidence.

On Thursday the Bank of England said Truss's energy price cap would limit inflation in the short term but that government stimulus was likely to boost inflation pressures further out, at a time when it is battling inflation near a 40-year high.

Paul Johnson, director of the Institute for Fiscal Studies think tank, said Truss and Kwarteng's tax cuts could be the largest since 1988, and risked putting Britain's public debt on an unsustainable path.

A cut to stamp duty land tax on house purchases is also likely, according to The Times.

However, despite the extensive tax and spending measures, the government had decided against publishing new growth and borrowing forecasts from the Office for Budget Responsibility, a government watchdog, until a formal budget later this year.

For Kwarteng, tax cuts and deregulation are a way to end what he calls "a cycle of stagnation" that led to tax rates being on course for their highest level since the 1940s.

"We are determined to break that cycle. We need a new approach for a new era focused on growth," he is expected to tell parliament, according to speech extracts released by his office.

One measure he plans to announce are "investment zones" that offer businesses generous but temporary tax breaks, as well as relaxed planning rules, to encourage the construction of shopping centers, apartment blocks and offices.

"We will liberalize planning rules in specified agreed sites, releasing land and accelerating development," Kwarteng is expected to say.

The British Chambers of Commerce welcomed the proposal but said it should be more widespread.

"We need to see this reform across the country, as it is currently too slow, complex and uncertain. It stifles business investment, expansion and growth," BCC Director General Shevaun Havilland said.