Trump family sued for fraud over a decade 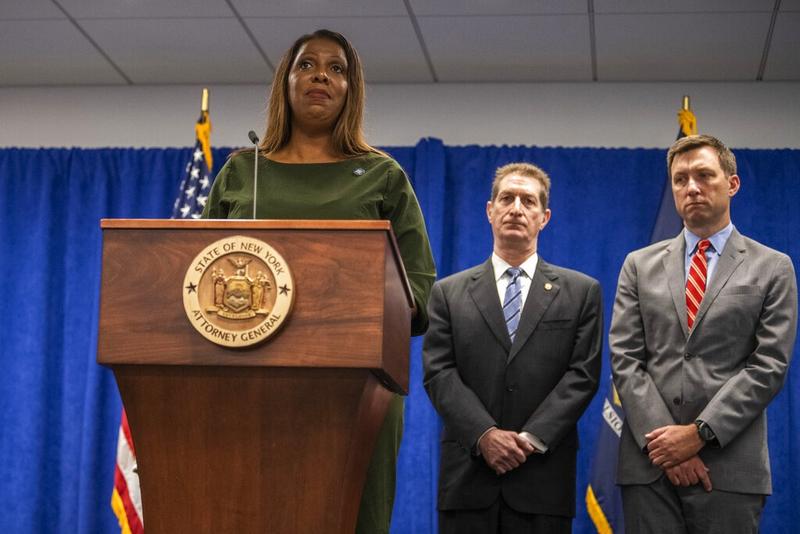 Former US president Donald Trump, three of his children and executives at his family business lied to banks and insurers for more than a decade about property valuations to pad his net worth by billions of dollars and reduce their tax liability, according to a lawsuit filed on Wednesday.

It seeks to recover more than $250 million in what James' office said are ill-gotten gains received through alleged deceptive practices. The lawsuit itself is not a criminal prosecution, but James said she has referred possible violations of law to the Justice Department and the Internal Revenue Service.

"This investigation revealed that Donald Trump engaged in years of illegal conduct to inflate his net worth, to deceive banks and the people of the great state of New York," James said at a news conference. "Claiming you have money that you do not have does not amount to the art of the deal. It's the art of the steal."

Trump: The Art of the Deal is a 1987 book credited to Trump and a journalist that is part memoir and part business advice.

James' lawsuit, filed in state court in New York, is the culmination of a three-year civil investigation of Trump and The Trump Organization. Trump's three eldest children, Donald Jr, Ivanka and Eric, were also named as defendants, along with two longtime company executives Allen Weisselberg and Jeffrey McConney.

James said her office filed the case after rejecting settlement offers made by lawyers for the defendants.

The alleged scheme was intended to burnish Trump's billionaire image and the value of his properties when doing so gave him an advantage, such as obtaining favorable loan terms, while playing down the value of assets at other times for tax purposes, James' office said.

The suit asks the court to bar Trump and the three adult children from serving as executives at any company in New York and bar The Trump Organization from acquiring any commercial real estate or receiving loans from any New York-registered financial institution for five years.

In a statement posted on his Truth Social platform, Trump called the lawsuit "another Witch Hunt by a racist attorney general".

Trump lawyer Alina Habba said the lawsuit "is neither focused on the facts nor the law — rather, it is solely focused on advancing the attorney general's political agenda".