As a final glorious act before the sun begins its slow descent southward and days grow shorter, the autumn equinox sees Mother Nature offer up a plentiful reward to the nation's hardworking farmers, Zhang Lei reports. 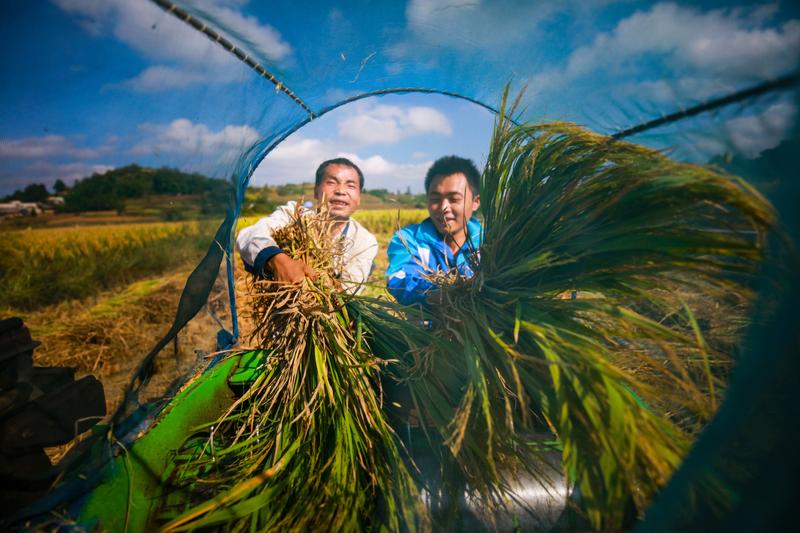 The autumn equinox arrives when the sun sits directly above the equator for the second time in a year, with the first being in springtime. On this day, which this year falls on Friday, the days and nights around the world are of equal length. After that, the position of the sun moves gradually southward, signaling shorter, colder days in the Northern Hemisphere.

For the farmers, the solar term signifies both the joy of a bumper harvest and a sign of cultivation. There is a proverb in North China that goes: "White dew early, cold dew late, the in between autumn equinox is the best time to plant wheat." In the Yangtze River Delta region, there is a similar saying: "When the autumn equinox comes, with the sky dotted with white clouds, it is best to plant rice and celebrate with songs and dance."

It is no wonder that since 2018, the autumn equinox has been established by the government as the Chinese Farmers' Harvest Festival, with the purpose of mobilizing the enthusiasm, initiatives and creativity of farmers, and enhancing their sense of honor, happiness and achievement. As one of the earliest established solar terms, the autumn equinox has extended its rich cultural connotations and values by connecting to China's long-standing harvest heritage.

In relation to the surrounding majestic Qinling Mountains, a delicate balance has been achieved by the busy farmers, who shuttle through the golden fields at its foot. The farmers, of Qingshuitou village, in Xi'an's Chang'an district, Shaanxi province, are in preparation for the celebration of the harvest festival.

The landscape here is a depth of diverse tints with a carpet of golden flowers. The most stunning colors, nevertheless, are those of the blooming bright yellow osmanthus. 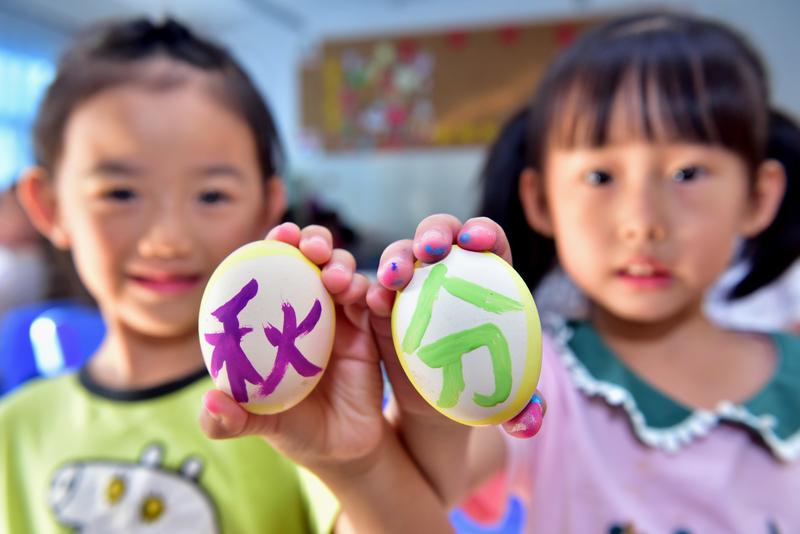 Children in Xinle city, Hebei province, display eggs painted with the Chinese characters for "autumn equinox" during an activity in a kindergarten. (JIA MINJIE / FOR CHINA DAILY)

At a demonstration base for crayfish cultivation in the paddy fields by the roadside, farmers, in their twos and threes, can be seen carrying bamboo baskets on their backs to collect the crustaceans, or caressing the seedlings to check the growth of the rice.

Meng Jianchao, a villager in his 60s, says the autumn harvest, which started in mid-October in previous years, has been brought forward by a full month compared with last year.

"Although everyone will be busy for quite a while, we will never get tired of it. The crayfish in the rice fields reach maturity around autumn equinox, so we need to hurry up with the fishing," Meng says.

The continuous paddy fields at the foot of the Qinling Mountains were historically the main production area of sweet-scented "osmanthus rice" with grains that are translucent like beads.

Meng says in the process of rural revitalization, with the strong support of the district government and the careful guidance of agricultural experts, the villagers made use of the original ponds and the 72 valleys in the Qinling Mountains. They renovated the rice field canal system and introduced crayfish farming.

In the past two years, everyone has reached a consensus that the ecological farming of rice and crayfish is complementary: rice fields provide shade, a perfect habitat for the crayfish to grow; crayfish can not only deworm the rice field, but also loosen the soil and promote the development of rice root system; the waste and feed left by crayfish serve as fertilizer for the paddy field. 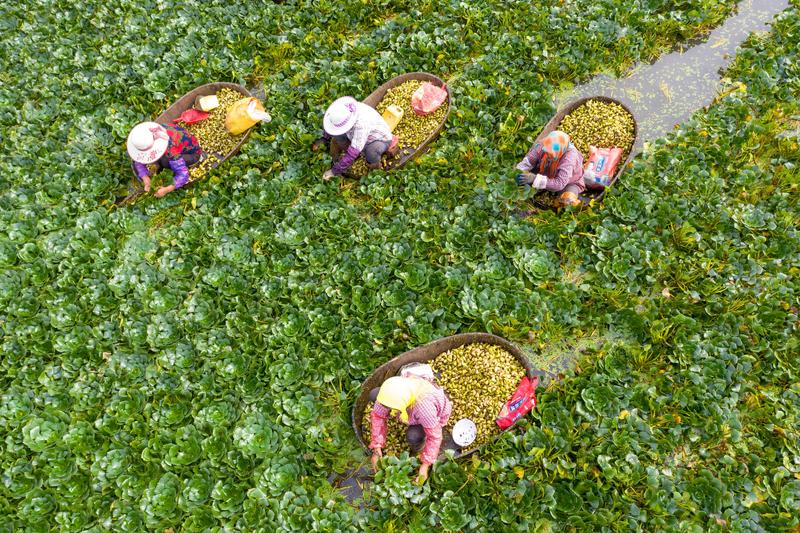 For the villagers, modern agricultural technology has lent a good deal of vitality to the traditional solar term. The quality of rice continues to improve, the soil and water continue to recover, and the development of a green, eco-friendly model is helping them to harvest and thrive both economically and spiritually.

The Chinese believe that, on the autumn equinox, yin and yang are in balance. Thunder is the representative of yang, and after the autumn equinox, when yin grows strong, thunder disappears. Therefore, "we have both grand moon sacrifice and thanksgiving ceremonies", says Guo Wenbin, a scholar of the 24 solar terms.

"Many of the ceremonies of the Mid-Autumn Festival are merged with the autumn equinox. It is particularly important among the 24 solar terms, along with the spring equinox."

The autumn equinox was of great significance to the ancient emperors. In the early morning, the emperor would lead his ministers to the southern suburbs to take part in a ceremony known as "waiting for the South Pole Star". As China is located in the Northern Hemisphere, it is only after the autumn equinox that the Chinese can fleetingly see the South Pole Star. Therefore, the ancients believed its appearance heralds peace to the world.

On the night of the autumn equinox, the emperor would lead his congregation to the western suburbs to hold a sacrificial ceremony for the moon. The autumn equinox is the earliest "sacrificial moon festival". The Moon Altar is a place that was built by Emperor Jiajing of the Ming Dynasty (1368-1644) to worship the moon god.

Later, because the lunar calendar date corresponding to the autumn equinox is not fixed every year, and it may not be able to catch up with the full moon, later generations changed the "sacrificial moon festival" to mark the full moon to the 15th day of the eighth month of the lunar calendar, which is today's Mid-Autumn Festival. 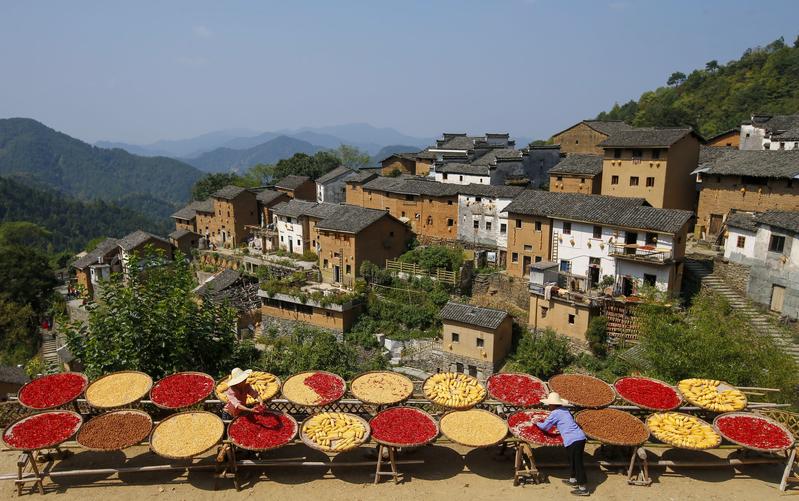 A traditional pastime during the autumn equinox sees tens of thousands of people across China doing the vertical egg experiment. It's simple and fun: choose a smooth, well-proportioned egg that's just four or five days old, and gently lift it up into a vertical position on the table.

In Suzhou's Lunan community, Jiangsu province, Yuan Quanmei, a vertical egg maestro, holds an egg and teaches the children to make the egg stand up.

Yuan says it is not easy to keep an egg standing upright, and it even requires a bit of luck, but the key to master the trick is to "choose an egg that is obviously bigger on one end and smaller on the other".

"Your hand should be steady, you can shake the egg lightly to let the yolk settle, lowering the center of gravity to maintain balance."

Under her guidance, many children masterfully present their upright eggs. Seeing that some have successfully done so makes the rest eager to try.

In addition to offering sacrifices to the moon and ancestors, there is also the custom of sending the autumn cattle, which corresponds to the similar custom that takes place on the spring equinox.

The so-called autumn cattle is a piece of red paper printed with the solar term and the pattern of farming cattle. On the autumn equinox, people who can speak and sing well will take the pictures from house to house and say — or sing — some auspicious words in order to receive some pocket money. This activity is also called "speaking autumn". 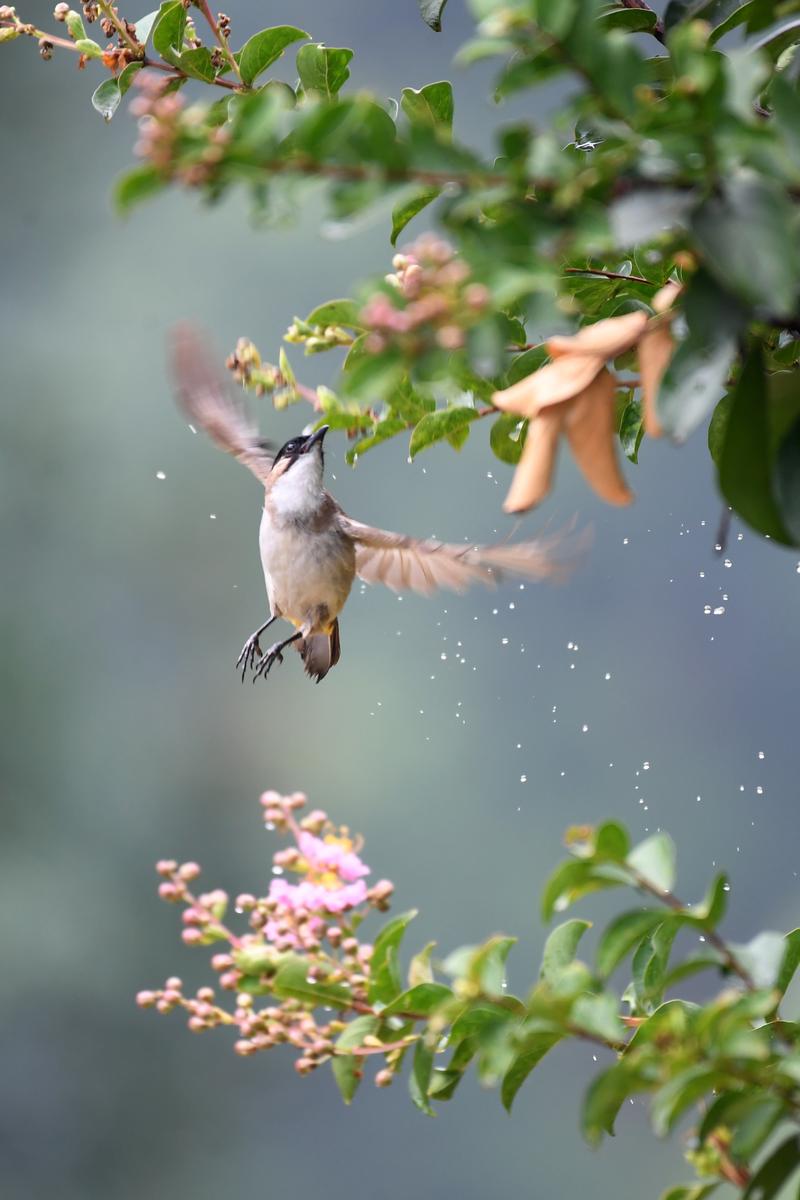 A humming bird feeds in a park in Renhuai city, Guizhou province, this month. (CHEN YONG / FOR CHINA DAILY)

In some regions, the custom of eating autumn vegetables is also popular. Qiu cai is a kind of wild amaranth, and it is believed to help cleanse the liver and intestines.

"It also conveys people's good wishes for peace, happiness and prosperity," says Zhao Yihuan, a student in Suzhou, whose mother persists in preparing her "autumn vegetables" on the autumn equinox.

"I grew up eating amaranth-filled wontons each year, and it is a taste that always lingers whenever I feel homesick."

The ancient Chinese paid special attention to maintaining their health on the day of the autumn equinox.

"On this day, Taoist practitioners tend to engage in fasting, allowing the body to rest in a clean and balanced state to protect the body and mind against damage caused by a busy schedule. Therefore, the spring equinox and the autumn equinox are two festivals that health experts pay special attention to, even to this day," Guo says.

Guo advises people to slow down on this day.

"We must make our physical and mental universe resonate with the wider universe, to achieve the unity of people and nature, and to replenish our vitality. It is very critical for our health. The ancient Chinese regarded harmony between people and nature as the highest state of health preservation."

Guo believes the autumn equinox is the perfect time to cultivate a sense of gratitude, awe and ritual in children, as well as an aesthetic imagination for the spirit of heaven and earth.