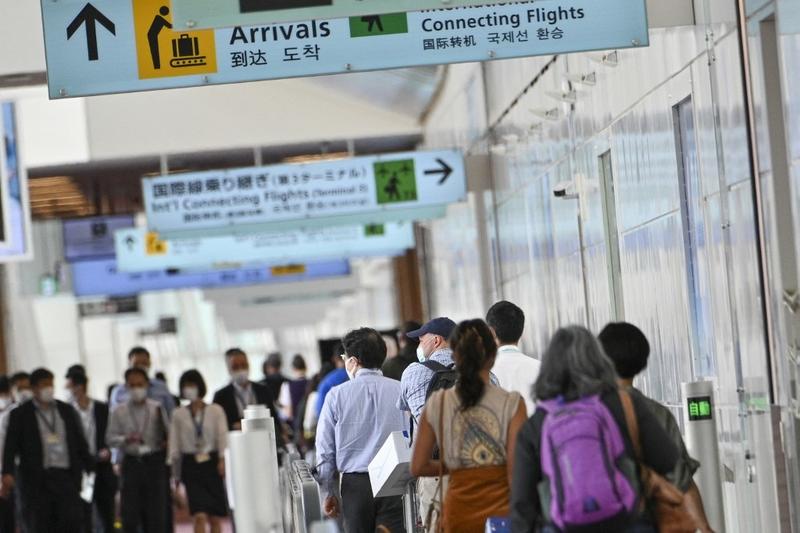 Japan has maintained some of the strictest border measures among major economies since the pandemic's onset, having effectively blocked entry to visitors for two years until it began a gradual reopening in June.

We are a nation that has flourished through the free flow of people, goods and capital.

Kishida's announcement, made during a speech at the New York Stock Exchange, follows a pledge he made in May that Japan would bring its border controls more in line with other Group of Seven nations.

"We are a nation that has flourished through the free flow of people, goods and capital," Kishida said on Thursday.

"COVID-19, of course, interrupted all of these benefits, but from October 11, Japan will relax border control measures to be on par with the U.S., as well as resume visa-free travel and individual travel," he said.

Japan's insistence that visitors obtain visas to enter the country and then adhere to planned, package tours has been a major sticking point. Prior to the pandemic, Japan had visa waiver agreements with nearly 70 countries and regions, including the United States, the European Union, and many Asian neighbors.

Business lobbies and travel companies have urged Japan to relax its border controls more swiftly, saying they were out of step with major trading partners and could cause the nation to fall behind economically.

From Oct 11, Japan will restore individual tourism and visa-waiver travel to people from certain countries as long as they are vaccinated.

At the same time, it will also scrap a daily cap on arrivals, currently set at 50,000, and may revise regulations on hotels, allowing them to refuse guests who don't abide by infection controls, such as mask wearing, during an outbreak, domestic media reported.

India
India has reported 5,383 new cases of COVID-19, taking the total tally to 44,558,425 in the country, according to the federal health ministry's data released on Friday morning.

With the reporting of fresh cases, India's active caseload currently stands at 45,281.

The country logged 20 new related deaths, pushing the overall death toll to 528,449 since the beginning of the pandemic, the ministry said.

Malaysia reported 2,245 new COVID-19 infections as of midnight Thursday, bringing the national total to 4,826,220, according to the health ministry.

There are six new imported cases, with 2,239 cases being local transmissions, data released on the ministry's website showed.

Another 12 deaths have been reported, pushing the death toll to 36,342.

Myanmar confirmed 409 new cases of COVID-19 in the past 24 hours, bringing the tally to 620,444, according to the Ministry of Health on Thursday.

The death toll from COVID-19 in the country reached 19,452 on Thursday after one new death was reported in the past 24 hours, the ministry said.

The total number of patients who have recovered from COVID-19 in the country reached 596,280, including 175 new recoveries on Thursday.

Pakistan recorded 93 new COVID-19 cases over the past 24 hours, the country's ministry of health said on Friday.

The overall tally of the infected people climbed to 1,572,202 after adding the fresh cases, according to the data released by the ministry.

A total of 30,611 people died of COVID-19 in Pakistan, with two more deaths reported over the last 24 hours, according to the ministry.

The Republic of Korea reported 29,108 new COVID-19 cases as of midnight Thursday compared to 24 hours ago, raising the total number of infections to 24,565,021, the health authorities said Friday.

The daily caseload was down from 33,009 in the previous day and lower than 51,857 tallied a week earlier, according to the Korea Disease Control and Prevention Agency.

Of the new cases, 252 cases were detected through PCR (polymerase chain reaction) tests and 2,293 through ART (antigen rapid test) tests, according to statistics released by the Ministry of Health.

No death was reported from COVID-19 on Thursday, making the total death toll stay unchanged at 1,609, the ministry said. 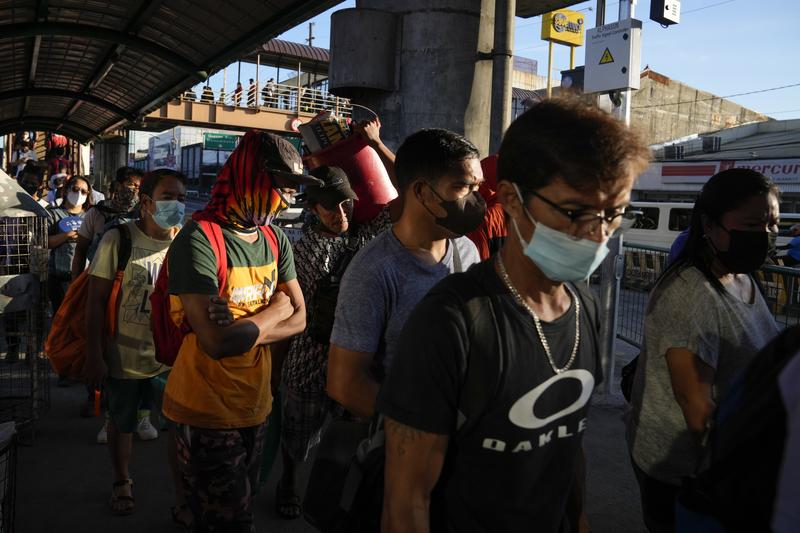 The Philippines
The Philippines reported 2,702 new COVID-19 infections on Thursday, bringing the number of confirmed cases in the Southeast Asian country to 3,929,819.

The Department of Health said the number of active cases rose to 28,030, while 38 more patients died from COVID-19 complications, pushing the country's death toll to 62,695.