Released from prison 27 years after his wrongful conviction, Zhang Yuhuan is striving to rebuild his life. Cao Yin reports. 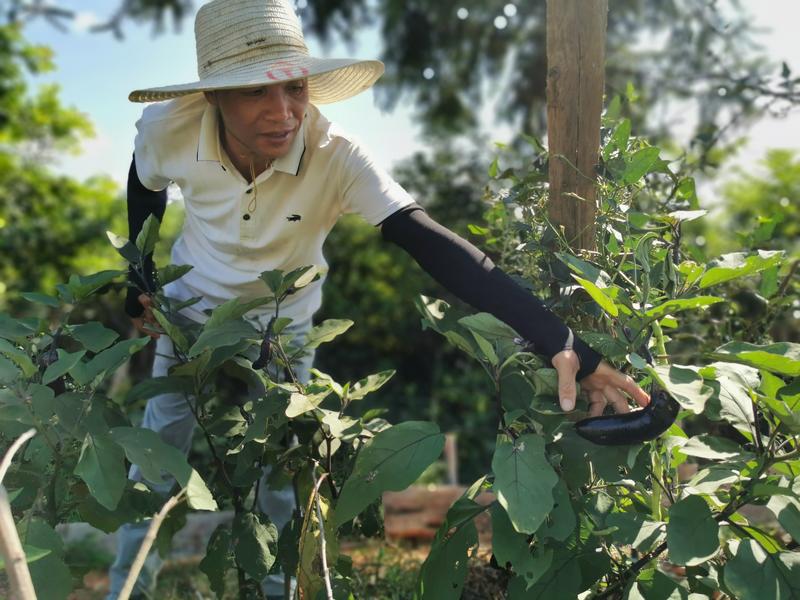 Editor's note: To mark the 20th National Congress of the Communist Party of China, China Daily is producing 10 profile stories to show the changes in the subjects' fields in the past decade. This is the second of the series.

Two years after his acquittal, wrongfully convicted Zhang Yuhuan has remarried and built new houses while trying to get his life back on track.

"I don't want to talk to people outside," said the 55-year-old, who lives in Jinxian county of Nanchang, capital of Jiangxi province. "I just want to live my own life, to take walks and play badminton every day."

I didn’t know what a shower caddy, electric rice cooker and washing machine were, let alone use them. I wasn’t aware of fans that could turn in various directions.

Zhang Yuhuan, who spent about 27 years in prison and was acquitted in 2020

After the court's ruling, Zhang, who spent about 27 years in prison, returned home.

Since the 18th National Congress of the Communist Party of China in 2012, the central leadership has paid greater attention to miscarriages of justice to advance the rule of law, emphasizing that "no punishment should be given in cases where there is doubt" and that evidence should not be obtained by improper means, such as torture.

Under the leadership's direction, a number of people who had been wrongfully imprisoned for decades were freed because the evidence in their cases was not strong enough to support their convictions.

Among them, Zhang, dubbed "China's longest-serving wrongfully convicted inmate", aroused the most public attention, and his case made him a headline name.

In the first couple of months after he left prison, Zhang said he often felt lost because so much had changed on the outside.

"I didn't know what a shower caddy, electric rice cooker and washing machine were, let alone use them. I wasn't aware of fans that could turn in various directions," he recalled. "I followed my sons to cross streets, as there were no traffic lights in the small county about three decades ago."

With the aid of his children and brothers, he began to reconnect with the world. Now, he can send text messages on his cellphone and use home appliances. He is even learning to sell goods with his family members through short videos to make a living.

Although life for him is still not easy, "everything is getting back to normal," he said. 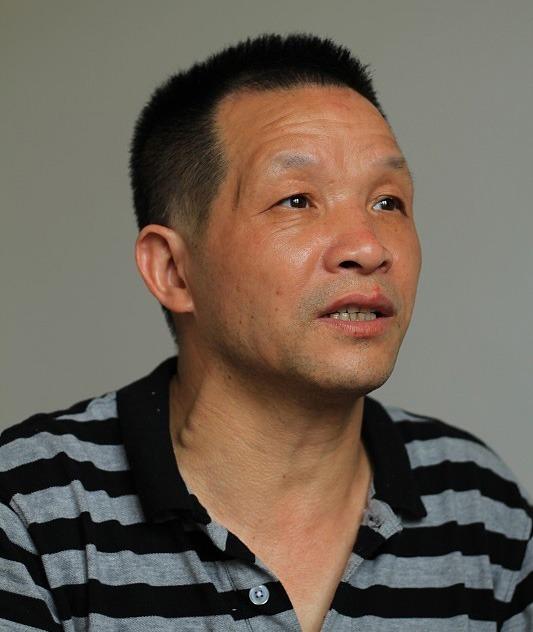 Zhang Yuhuan, who spent about 27 years in prison and was acquitted in 2020. (PHOTO PROVIDED TO CHINA DAILY)

Zhang met Wang Guiying, a widow who had retired from the Jinxian transportation bureau, while taking a walk one day about a year ago. He found her to be honest, and she also liked playing badminton, so he began a relationship with her.

Although some neighbors asked him whether he would reconcile with Song Xiaonyu, his ex-wife, Zhang said, "The best thing for us is to live our own respective lives."

Song became well-known among the public after a video captured her weeping when she heard that Zhang's sentence had been overturned. She told the media that he owed her a hug.

She received public sympathy because of her uphill struggles to support Zhang's court appeals, despite the fact that she had remarried several years after he was detained as a homicide suspect in 1993, when the bodies of two boys were found in a reservoir in a village in Jinxian.

In a statement Song posted on her micro blog, she said she was shocked when the police identified Zhang, then a 26-year-old carpenter who was a neighbor of the victims, as a suspect.

"He wasn't that kind of a guy," she wrote, describing him as a loving and responsible husband and a good Samaritan who was always ready to lend a helping hand.

In 1995, Zhang was sentenced to death with a two-year reprieve for the crime of intentional homicide by the Nanchang Intermediate People's Court in Jiangxi.

Zhang denied being the killer and appealed to a higher court, adding that he had been tortured by police during interrogations.

The high court sent the case back to the lower court and ordered a retrial due to insufficient evidence, but the original ruling was upheld in 2001.

During that period, Song sought help for Zhang from judicial authorities, even though the mother of two had divorced him and moved to Guangdong province to earn a living.

Soon after becoming a migrant worker, it was discovered that she had noncancerous growths on her uterus.

"I went to great lengths to justify my decision to remarry, so that my condition would not cause a financial burden on the Zhang family," Song wrote on her micro blog.

Zhang said he respected her decision and thanked her for her efforts to support his appeals. He has not given her the hug she asked for, as he said Song has a new family.

On Feb 14, Zhang and Wang married. Zhang shared the news with the public via Douyin, a popular short-video platform in China.

In the video, he holds up his marriage certificate with a big smile.

"I'll be together with Wang, through all the ups and downs in life," he said in the clip.

This year, Zhang demolished his old wooden house in the village and used a part of his State compensation to build two new ones－one for his own family and the other for his elder brother, who significantly aided his appeal efforts over the past decades.

Zhang also found a way to occupy his time.

"I don't like staying at home all the time. If so, my life will be meaningless," he said.

At first, he considered working as a security guard, but his sons didn't like the idea of him doing such a job, which would require him to work day and night shifts.

They realized their father was anxious about being idle, so they encouraged him to learn to use Douyin to sell goods last year.

Although Zhang doesn't speak Mandarin well and had no sales experience, his fame due to his acquittal quickly attracted a number of local business vendors willing to work with him to sell agricultural products and daily necessities such as oranges, tissues and scissors.

Initially, Zhang's sons made the short videos, but after he married Wang and mastered some video-making skills, he began shooting them himself. He now has about 460,000 followers and has obtained 8.05 million thumbs-ups on the video-sharing platform.

Zhang said each vendor pays him about 300 yuan if he can sell 100 of their products per day. In his view, his work not only earns him a living, but also makes life fun.