US aircraft carrier to visit ROK for combined drills 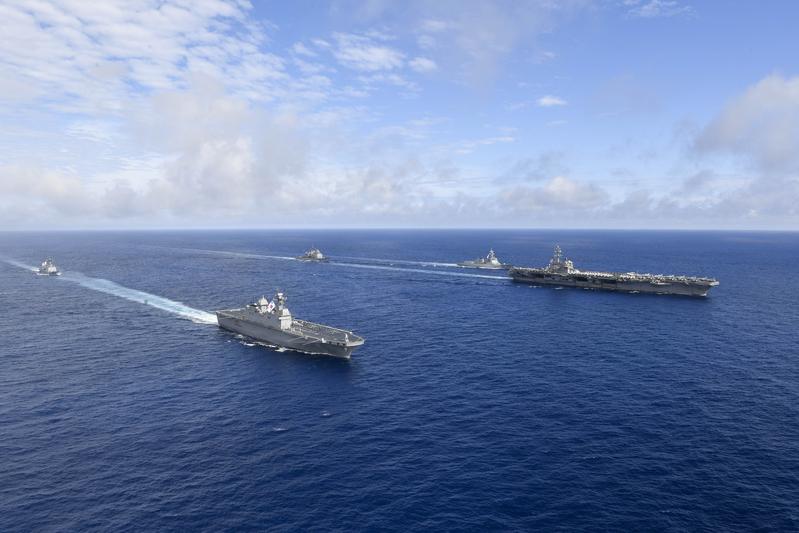 The USFK said in a statement that the USS Ronald Reagan carrier strike group is scheduled to conduct a routine port visit to the ROK.

While in port, the personnel of the strike group will have an opportunity to visit and engage with their ROK navy partners and conduct cultural exchange with the people of the ROK, the USFK noted.

USS Ronald Reagan will arrive at a naval base in the southern port city of Busan, about 390 km southeast of the capital Seoul, on Friday, the ROK Navy said in a statement.

"By conducting combined drills, the Navies of the two countries plan to strengthen their military readiness and demonstrate the firm resolve of the South Korea-US alliance for peace and stability on the Korean Peninsula," the statement said, referring to the ROK as South Korea.

The visit will be the first to the ROK by an American aircraft carrier since 2018. That year the allies scaled back many of their joint military activities amid diplomatic efforts to engage with the Democratic People’s Republic of Korea.

In April USS Ronald Reagan deployed to the waters between the ROK and Japan for the first time since 2017, and conducted joint drills with Japanese forces. This time the carrier and its strike group will train with ROK forces.