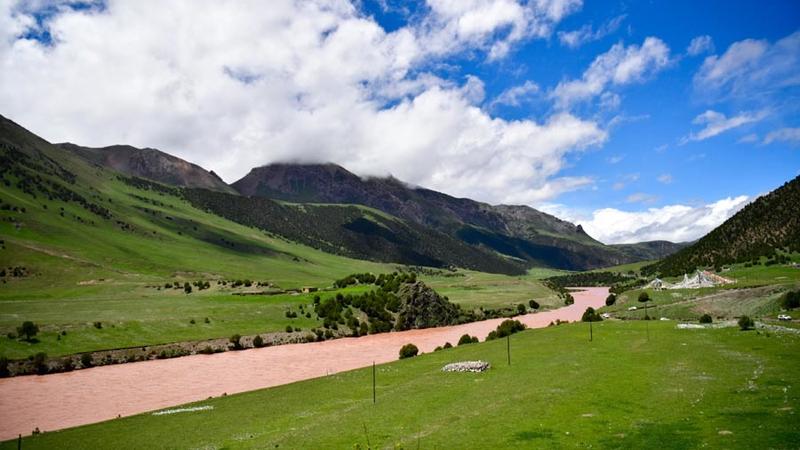 Chayanis Krittasudthacheewa, deputy director of Stockholm Environment Institute’s Asia Centre in Bangkok said, “More frequent extreme events such as drought, heat wave and floods in many parts of the world including the Lancang-Mekong region are a clear effect of climate change and show the need for countries to reduce greenhouse gas emission as soon as possible.”

The Lancang-Mekong Cooperation, or LMC, was established in 2016 and brings together countries situated along the Lancang and Mekong River. Member states include China, Cambodia, Laos, Myanmar, Vietnam and Thailand.

Known as the Lancang in China, where it originates, the 4,900-kilometer Mekong River is the largest in Southeast Asia.

Chayanis, who is also the director of the Sustainable Mekong Research Network, or SUMERNET, said LMC countries should seek the opportunity to learn from each other about how they can engage with the stakeholders to effectively manage water and protect the ecosystem during these extreme events.

I am sure (the Mekong-Lancang countries) will continue to do knowledge and information sharing, as well as empowering capacity building through improved coordination mechanisms.

Despite dealing with extreme weather such as prolonged heat waves, China has maintained water supply to the lower reaches of the Mekong River, according to the Global Times.

Data from Huaneng Lancang River Hydropower Inc, which operates a hydropower station near the China-Laos border, showed that the Lancang River Basin suffered from extreme drought from January to August, with the natural water flow of the Lancang River in China decreasing by more than 20 percent.

On Aug 31, the Lancang-Mekong Project’s Data Center was launched in Naypyitaw, the capital of Myanmar, according to the Chinese embassy in the country.  The data center was developed for projects under the LMC Special Fund.

The LMC Special Fund was initiated by China during the first LMC Leaders’ meeting in 2016.

The data center will facilitate access to data and index projects on agriculture, livestock, aquaculture and rural development via the information exchange corridor of the Lancang-Mekong countries.

Zheng Zhihong, minister counsellor of the Chinese embassy in Myanmar, said the center will set an example for Mekong countries in terms of how to enhance agricultural digital cooperation and China is willing to enhance cooperation in agricultural technology exchange with all regional countries.

Aung Tun Oo, a Myanmar-based researcher, said the new data center will play an essential role in improving people’s livelihood across the region.

The researcher said there has been a lack of data and information in Myanmar and the data center will become a bridge that connects regional professionals and researchers for improved water governance and policy-making, as well as enhancing the interconnection among regional countries.

“I am sure (the Mekong-Lancang countries) will continue to do knowledge and information sharing, as well as empowering capacity building through improved coordination mechanisms,” Aung Tun Oo said.

With an increase in frequency and intensity of heat and drought, Aung Tun Oo said the region needs to prepare and tackle the climate crisis through enhanced cooperation and coordination efforts to prevent an exacerbated impact on food production, economic development and poverty reduction.

“More communication systems should be established, and existing platforms should be upgraded to align with emerging issues,” he said, adding that countries should step up to build an information sharing system for enhanced early warning and action systems for extreme weather.

Chayanis from the Stockholm Environment Institute said regional and sub-regional partnerships under the Lancang-Mekong Cooperation framework provides an opportunity for the six countries to cooperate on water resources management, environmental protection as well as economic and social development in the face of increasing climate risks.

She said significant achievements have been made over the past years under the LMC framework, including the launch of Lancang-Mekong River Resources Cooperation Information Sharing Center and the organization of the LMC Water Forum.

She also said the country has been providing technical, coordination and funding support to facilitate cross-learning and sharing in a friendly atmosphere.

The LMC is in the process of designing a new five-year action plan and Chayanis said China should play a leading role, together with other member countries, in strengthening partnership with regional and international organizations to support water management cooperation for the benefits of people in the region.