Macron tells Truss: Britain and France will always be friends 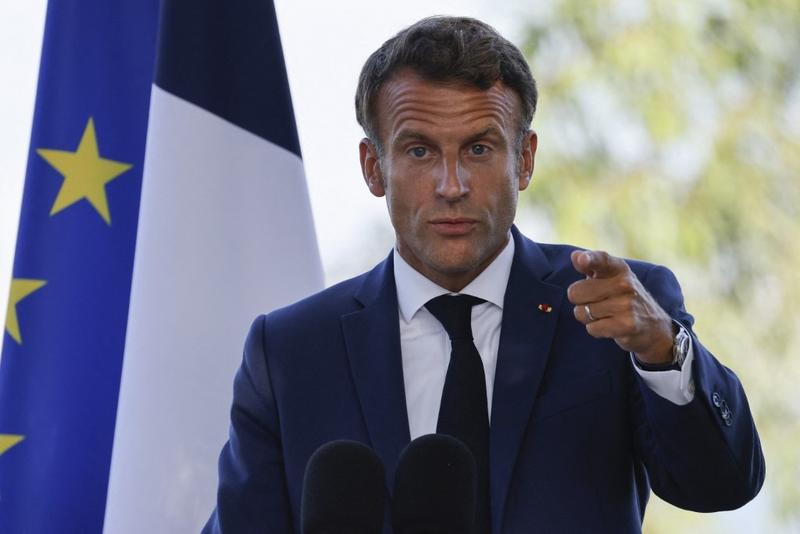 French President Emmanuel Macron delivers a speech during a meeting with members of the French community at the French ambassador to Algeria's residence, in Algiers, on August 26, 2022, during an official visit. (LUDOVIC MARIN / AFP)

ALGIERS - Britain and its people will always be allies of France, President Emmanuel Macron said on Friday, after the frontrunner to be Britain's next prime minister said she had yet to decide if he was a friend or an enemy.

Speaking during a visit to Algeria, Emmanuel Macron said Britain was "a friendly nation, regardless of its leaders, sometimes in spite of its leaders"

Speaking during a visit to Algeria, Macron said Britain was "a friendly nation, regardless of its leaders, sometimes in spite of its leaders".

British foreign minister Liz Truss, the favourite to replace Boris Johnson as prime minister in a Conservative leadership contest that runs until Sept 5, said on Thursday that her mind was not made up on the issue.

Asked during a hustings event with rival leadership candidate Rishi Sunak whether Macron was a friend or foe, Truss responded: "The jury's out", to some cheers and applause from the audience of Conservative Party members.

Relations between London and Paris have deteriorated since Conservative-governed Britain left the European Union in 2020, with disputes breaking out over immigration and post-Brexit trade across the Irish Sea.

Macron said he did not doubt Britain's place as an ally of France "for a single second", adding: "If France and Britain cannot say whether they are friends or enemies... then we are headed for serious problems."

Britain's opposition Labour Party foreign affairs spokesman David Lammy criticised Truss, saying the fact she had "chosen to needlessly insult one of our closest allies shows a terrible and worrying lack of judgment".

Truss had also added that, if she became prime minister, she would judge Macron "on deeds not words".

British finance minister and Truss supporter Nadhim Zahawi said the comment had been light-hearted and Britain also wanted to be judged on its actions not words. "Liz and I both know that France is a strategic ally," he said.

French officials have privately said levels of trust between the two nations are very low in the wake of Brexit.

Asked about the comments, Johnson said relations between Britain and France were of huge importance. "I’ve always had very good relations with Emmanuel Macron," he said, adding that the French president was a "tres bon buddy".