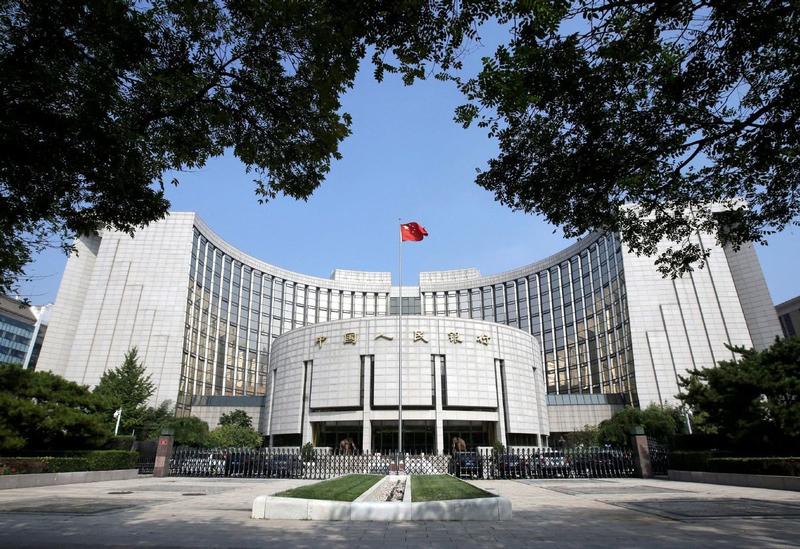 Headquarters of the People's Bank of China, the central bank, is pictured in Beijing, China. (PHOTO / AGENCIES)

China's central bank delivered surprise interest rate cuts on Monday, suggesting that the country is still willing to lend more monetary support on the aggregate front in the coming months despite a potential rise in structural inflationary pressure, experts said.

The People's Bank of China conducted 400 billion yuan ($59.2 billion) in medium-term lending facility operations on Monday at an interest rate of 2.75 percent, down from 2.85 percent a month earlier.

Using the MLF rate as a key policy benchmark, the PBOC had kept it unchanged for six months until Monday's reduction. The interest rate of seven-day reverse repurchase agreements was also trimmed by 10 basis points to 2 percent on Monday.

Most market participants had not expected the central bank to launch the rate cuts as it had flagged the risk of structural inflationary pressure and its intention to fend off cross-border capital outflow risks amid overseas monetary tightening in a report last week.

Experts said Monday's rate cuts will reassure the market about the central bank's priority of growth stabilization among multiple policy goals, especially as the latest economic and financial data have underlined the necessity of strengthening macroeconomic policy support.

The National Bureau of Statistics said on Monday that the country's recovery in consumer and investment activity has slowed due to factors including renewed COVID-19 cases and a real estate downturn.

Credit demand also cooled in July as China's increment in aggregate social financing－the total amount of financing to the real economy－stood at 756.1 billion yuan last month, down by 319.1 billion yuan from a year ago, the central bank reported on Friday.

The MLF rate cut may only be the first step to ramp up monetary support, analysts with Soochow Securities said in a report.

"Looking ahead, the LPRs, especially the over-five-year LPR, may slip by greater than 10 basis points later this month."

Unveiled around the 20th of each month, the one-year and over-five-year LPRs are formed based on quoting banks' lending rates to their highest quality customers, which in turn take the MLF rate as benchmarks.

The expected reduction in the over-five-year LPR, on which lenders base their mortgage rates, will help reduce homebuyers' burdens, stabilize the property sector, shore up household incomes and boost confidence, the report said.

Wen Bin, chief economist at China Minsheng Bank, said the possibility of another interest rate cut cannot be ruled out as the PBOC's policy setting still takes domestic factors as dominant determinants while the pace of the Fed's tightening slows in the US.

Moreover, Wen said it is possible for the PBOC to reduce the reserve requirement ratio in the fourth quarter to boost long-term liquidity and reduce banks' funding costs. The RRR refers to the proportion lenders must keep in reserves.