Syria, Lebanon discuss plan for return of 15,000 refugees every month 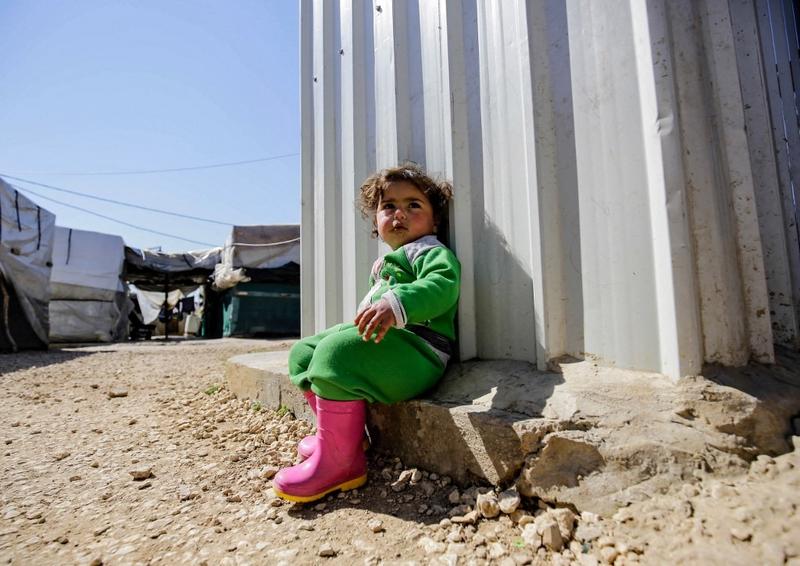 A young Syrian girl is pictured at a refugee camp in the village of Mhammara in the northern Lebanese Akkar region on March 9, 2019. (IBRAHIM CHALHOUB / AFP)

DAMASCUS/BEIRUT - Syrian and Lebanese officials met in the Syrian capital Damascus on Monday to discuss ways to facilitate the monthly return of 15,000 Syrian refugees.

Syrian Minister of Local Administration and Environment Hussein Makhlouf held a meeting with visiting Lebanese Minister of the Displaced Issam Charafeddine, during which they touched upon measures taken by Syria to secure a safe and quick home return for the refugees based on a timeline set by both countries, Syrian state news agency SANA reported.

The Syrian government has pledged to secure basic services including transportation, accommodation, medical care, and education for all the Syrian refugees who want to come back, said Syrian Minister of Local Administration and Environment Hussein Makhlouf

"Lebanon and Syria agree on the necessity to facilitate the return of all refugees to their homeland, not just 15,000 monthly, as stated in the plan presented by the Lebanese side," Makhlouf told a joint press conference with the Lebanese minister.

The Syrian government has pledged to secure basic services including transportation, accommodation, medical care, and education for all the Syrian refugees who want to come back, said Makhlouf.

He said the Syrian army has restored security and stability to large swathes of territories over the past few years, and the Syrian government has so far enabled the home return of 4 million internally displaced people and 1 million overseas Syrian refugees.

For his part, Charafeddine said "we discussed our plan in detail with Syrian authorities who expressed readiness to receive all refugees, pledging to provide them with needed facilities," according to Lebanon's National News Agency.

The Lebanese officials intended to visit Syria soon to further coordinate the return of refugees with Syrian authorities, he added.

The Lebanese minister also held a separate meeting with Syrian Interior Minister Mohammad Khaled al-Rahmoun, during which al-Rahmoun said the Syrian government allows holders of expired passports to return home and the registration of Syrian children who were born overseas.

Al-Rahmoun added that immigration centers at Syrian borders were all connected with the central database for civil affairs in order to provide the returnees with needed documents upon arriving in the country.

Lebanon is hosting the largest number of refugees per capita, with the government estimating 1.5 million Syrian refugees, 880,000 of whom are registered with the United Nations High Commissioner for Refugees, whose representative in Lebanon rejected the country's plan, citing Syria is not safe for returning refugees.

Charafeddine said earlier in August that Lebanon would implement its plan regardless of the UN position as his country suffers from an unprecedented financial crisis and the influx of refugees has weighed heavily on the economy and infrastructure.